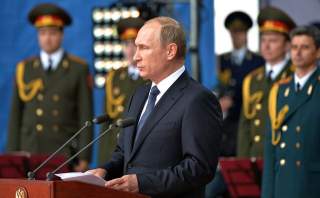 In thinking about U.S. policy toward Russia, I recommend that the incoming Trump administration act to address America’s most urgent priority with respect to Russia—increasingly dangerous interactions that could lead to direct conflict between U.S. and Russian military forces—while considering new approaches to the crises in Ukraine and Syria and re-evaluating U.S. aims in dealing with Moscow.

As an immediate objective, the Trump administration would do well to broaden U.S.-Russian military-to-military contacts both to avoid inadvertent conflict in Syria and to agree on limits to provocative conduct along European-Russian frontiers, especially that involving close encounters between NATO and Russian forces in the air and at sea. This should begin with mutual restraint in operations that are risky in their execution even when technically permissible.

In parallel, the administration should carefully assess U.S. national interests in Ukraine and Syria prior to undertaking a high-level political dialogue with Moscow on those two issues. Before engaging Russia in any concrete negotiations, the Trump administration should also consult U.S. allies in Europe and the Middle East, respectively, to solicit regional perspectives and ultimately to seek support for Washington’s preferred strategy. Generally speaking, the new administration should give priority to achievable solutions that satisfy America’s vital interests rather than seeking unattainable ideal outcomes at the expense of many other American objectives.

The administration would also do well to define its overall foreign-policy objectives so as to place U.S. policy toward Russia in that context. Maintaining a stable, U.S.-led international system over time will be substantially more difficult if the current Russian rapprochement with China continues, aligning Beijing and Moscow in opposition to the existing order and allowing for both political and policy coordination and high-tech arms sales. While Russia is unlikely to align with the United States in opposition to China, Moscow’s abstention from this competition could advance vital U.S. national interests. Defining U.S. policy toward Russia with only limited consideration of fundamental U.S. foreign-policy objectives—a common tendency in the past—has contributed to today’s dangerous U.S.-Russia confrontation while failing to address some of America’s highest priorities.

Paul J. Saunders is Executive Director at the Center for the National Interest. Follow him on Twitter at @1796farewell.