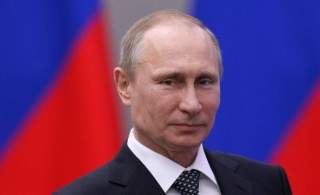 Russian-American relations are at their frostiest levels since the cold war. Can the two sides reach an accommodation? Or are relations doomed to continue their downward spiral?

These are some of the questions that Dimitri K. Simes, the President of the Center for the National Interest, who visited Russia for a series of high-level meetings with officials and other experts last week, addressed at a luncheon this Tuesday.

Simes was the speaker at an event at the Center for the National Interest titled The Crisis in U.S.-Russia Relations. Ambassador Zalmay Khalilzad, ambassador to the UN, Iraq and Afghanistan during the George W. Bush administration, moderated.

Simes carefully distinguished between two groupings in the Russian government, the first convinced that relations with the West can conceivably be repaired; the second, that Russia must prepare for a protracted conflict. Putin himself, Simes emphasized, is still inclined toward the first camp and is not ideologically driven. He is “not crazy” and “not a Communist,” Simes said. Putin, along with Foreign Minister Sergey Lavrov, in particular, are relatively moderate on Ukraine and relations with the United States, particularly when contrasted with what Simes called a “second school of thought” in Russia, which believes that the Kremlin should “absolutely challenge the existing world order” and treat the United States as Moscow’s main enemy.

Putin is well-aware of Russia’s limitations and the fact that it can’t “play the sanctions game.” Russia does not want to incorporate eastern Ukraine and is content with a united Ukraine that grants autonomy to its Russian-speaking east. Moreover, Russia would insist on a guarantee that NATO would not include Ukraine in the foreseeable future. It is important, Simes said, for the United States to understand that Putin is not prepared to permit the Ukrainian rebels to be defeated, as he does not want to “look like a loser.” However, Putin might be receptive to a grand bargain that will protect Russian interests. According to Simes, this is desirable because it is not in the West’s interests for Russia to become a rogue nuclear power, to move closer to China or for the confrontation between Russia and the West to “dominate global politics.”

An unyielding stance would play into the hands of the more truculent camp in Russian foreign policy. As Simes put it, there are a “lot of people who are on the ground and want to do crazy things.” The adherents of this view believe in a geopolitical struggle that is turning into a civilizational conflict, one that pits Moscow against a destructive Anglo-Saxon civilization—a commercial, materialistic civilization that cannot fathom the deeper values of the Russian spirit. In this view, the conflict between Russia and the West is not just a matter of policy. Individuals who hold these views describe the United States and British as enemies and are not in favor of “preemptive concessions.”

While such nationalists do not challenge Putin directly, they are already openly critical of Lavrov, thus indirectly attacking Putin’s measured approach. They argue that while Russia cannot economically compete with the West, it is “good at fighting.” The Baltic countries make appealing targets for those who want to test NATO’s commitment to Article 5 of its charter. If these nationalists gained more influence or came to power in Russia, it would be a disaster, as it might well precipitate a geopolitical and indeed military confrontation in Europe with most unpredictable consequences.

Therefore, a continuation of Western sanctions on Russia over Ukraine would feed both the hardliners and push Putin himself towards a more rigid stance as Russians’ increasing sacrifices require him to accomplish something demonstrable. In order to promote Russian restraint, the United States needs to understand Russia’s limited goals and push for a comprehensive deal, using sanctions as leverage. The deal would ensure that Russia does not look like an outright loser, while still assuring the territorial integrity of Ukraine—except Crimea—and allowing it to pursue integration with the EU. The situation, Simes concluded does not resemble Europe in 1914. But it does bear similarities to 1908—the prewar era, when the jockeying of the great powers set the stage for a great conflagration. There is still time, Simes concluded, to avoid a repetition of such a dire outcome if Washington pursues tough yet enlightened policies.