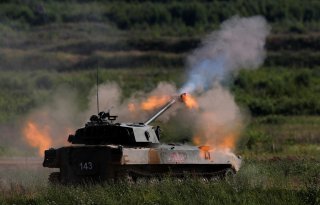 Russian president Vladimir Putin has repeatedly threatened Ukraine and its supporters with a nuclear attack that will settle the war he started on February 24, 2022. Some observers claim that the threat is a mere rhetorical trick, while others believe it is part of the Russian military doctrine to escalate a conflict, even by nuclear means, to bring the enemy to the negotiation table. A 2021 risk assessment study by Maj. Stephen Redmon, at the time enrolled in the U.S. Army Command’s School of Advanced Military Studies, warned that the Russian use of low-yield nuclear weapons is likely and the threat level is high. However, even if the Russian doctrine makes it possible, does a nuclear attack practically make sense? Will a nuclear bomb help Russia effectively end and win the war? And if so, in what way? The following four scenarios suggest that Russia would get far less from its nuclear threats even if it follows through on them.

1. Public demonstration. Blast a small yield bomb (<1-5kt) over the Black Sea to show the world that Russia is not bluffing.

2. Economic terror: Drop the bomb on a major economic objective, such as a dam, rail yard, or electric generation plant, to paralyze a large swath of the Ukrainian economy.

3. Tactical military use. Use a small yield (e.g., 20kt, the size of the Hiroshima bomb) bomb to break a hole in the frontline and relaunch the offensive or destroy a major military base or armament production facility.

4. Drop a medium-yield bomb (30 to 50kt) on Kyiv in a decapitation strike that would not only destroy the main transportation and communication hub of the nation but would also eliminate the political and military leadership of Ukraine.

Of the four, the last two appear more likely. But let us first examine the first two. A nuclear demonstration over the Black Sea would be the equivalent to provoking retaliation by NATO without accomplishing its objectives. Indeed, if Putin is not bluffing, the rational move is to prevent him from acting on his intentions. Doing otherwise would be foolish. Given this, Putin and his generals would do well not to use a demonstration explosion. Just like the United States did in 1945, if you are to use the dreadful bomb, be direct.

If the demonstrative use of a nuclear bomb does not make much sense, attacking vital economic and armaments production sites may appear more effective. However, this second scenario is neither practical nor sensible. There is nothing a nuclear bomb can do that a few well-aimed missiles cannot. Power plants, dams, factories, and airports are confined in space. Their vital equipment is clustered in one or a few buildings. Using a nuclear bomb to destroy a factory is the equivalent of swatting a fly with a sledgehammer. Furthermore, for real impact, multiple bombs should be used, transforming an act of intimidation into a folly of destruction. More importantly, the civilian losses would be so great and so revolting that Russia cannot but expect an immediate and massive Western response.

The third military scenario that envisions the use of a tactical nuclear weapon is the one that appears to make more sense but is also not practical. Its proponents, more numerous at the peak of the Cold War in the 1950s, assumed that a nuclear bomb is like a battering ram of gigantic proportions and devastating effects. If this were World War I or II, using a nuclear weapon to devastate large swaths of the frontlines and extinguish any opposition for several kilometers would probably make sense. Yet, the practical effect would be localized and limited in destructive power. For example, if the Russians were to use a tactical nuclear bomb to advance, let us say, in the Donetsk area, the footprint of a bomb would be barely enough to clear a small town. Examine, for example, the following illustration created to calculate the radius of destruction by a small yield (5kt) bomb in the city of Kramatorsk (population 150,000).

Figure 1. The concentric circles of destruction created by a 5kt nuclear bomb dropped on Kramatorsk.
Orange, explosion fireball; light green, lethal radiation; gray, medium blast destruction. More than half of the city will not be directly destroyed in the blast.

The radius of the fireball would be 150 meters (.07 sq km), that of the destructive blast 300 m (.44 sq km), and of the radiation blast (with no wind) 1.1 km (4 sq km). While impressive and destructive compared to conventional bombs, the explosion would be no more destructive than that created by a couple of fresh, well-trained armored battalions. At the scale of the entire war front, the footprint of the bomb would be nothing more than a pinprick (figure 2). The tiny circle under the place marker is the actual comparative size of the blast area.

Figure 2. The presumptive Kramatorsk blast is represented as the small circle at the foot of the place maker.

It is important to remember that, compared to previous wars, the war between Russia and Ukraine uses technology and fast vehicles more than human bodies. The troop densities per linear kilometer are probably ten times lower than those of battles carried on the same territory in 1941–1944. For example, the contemporary battle of Izium which concluded the Ukrainian counter-offensive in the north in September 2022 involved no more than 20,000–30,000 combatants on each side. A battle fought over the same ground in 1942 involved 650,000 Russian and 350,000 German troops. The presumptive bombing of any area on this front would not take out of action more than a couple of thousand Ukrainian defenders.

More important, tactical nuclear weapons are just as dangerous for defenders as they are for attackers. Any tactical military use of a nuclear weapon would require two Russian maneuvers. First, the Russians would need to break contact with the Ukrainians and withdraw from the drop site by a few kilometers. Given the Ukrainians’ opportunistic and ever-vigilant command style, any Russian withdrawal will be vigorously pursued, which might turn a tactical withdrawal into a rout. Second, and most crucially, even if the strike is successful, the terrain cleared by the bomb will have to be occupied and held by the Russians. This means specialized troops and equipment. A recent analysis by the Institute for the Study of War concluded:

The chaotic agglomeration of exhausted contract soldiers, hastily mobilized reservists, conscripts, and mercenaries that currently comprise the Russian ground forces could not function in a nuclear environment. Any areas affected by Russian tactical nuclear weapons would thus be impassable for the Russians, likely precluding Russian advances. This consideration is another factor that reduces the likelihood of Russian tactical nuclear weapons use.

Thus, instead of creating a breakthrough, a nuclear blast would only create a poisonous neutral zone.

The last scenario, in which a larger, 50kt tactical bomb would be dropped on Kyiv as part of a decapitation strike, might seem to be practical. It would certainly have enormous military, political, and economic effects, especially if the blast takes out Ukraine’s political and/or military leadership. The blast area would be in kilometers rather than hundreds of meters, and the buildings and people of central Kyiv would be devastated.

President Volodymyr Zelenskyy, in particular, would be a target of such a strike. He is the soul and mind of the resistance; his leadership is the equivalent of an army corps. However, what Russia would not understand is that in going after the leadership, it is not just Zelenskyy, his military commander, his foreign minister, or the deputies of the Rada, that fuel the resistance. The entire Ukrainian people are dedicated to this war like not many other nations have been in the history of warfare. They are not easily intimidated. To expect them to drop their arms and run away at the news of their leader’s demise is naïve. On the contrary, we could expect the Ukrainians to redouble their efforts and other leaders to emerge to fill the gap.

However, the costliest price of bombing Kyiv would be the genocide committed against an entire major European city and the realization in Western political and military circles that World War III started a while back, and only their immediate and aggressive intervention can put an end to it. The response, as a NATO official recently announced, might not be nuclear, but it will be “physical” and truly devastating for Russia. In this context, although at another scale, Russia would lose even as it hoped to win. Thus, before giving the order to launch, Putin would need to think hard and deeply if using the most powerful card, the atomic ace, makes any sense at all, even if it sounds somewhat practical.

Sorin Adam Matei, Ph.D., is the Director of the FORCES initiative and a Senior Fellow at the Krach Institute for Tech Diplomacy at Purdue University.