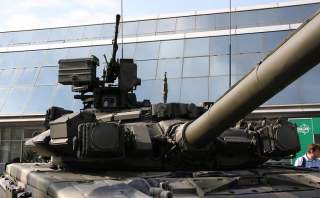 The past several weeks of Russian activity in eastern Ukraine demonstrate that Moscow has found a winning tactic during its annexation of Crimea, and has made it the overarching strategy for achieving interests in broader Ukraine. Russia’s use of operational ambiguity to create confusion, mobilizing the populace in support of its objectives, and creating points for plausible disengagement all suggest one thing: Moscow has become far more clever and capable than the West originally gave it credit. Western leaders continue to misjudge the nature of Ukraine, and Russia’s plans for it. That has led to the loss of Crimea, and may conclude in the loss of other regions of Ukraine.

Russia’s military reforms have certainly made it more confident and given it a capability it visibly did not have during the Georgian conflict. In 2008 Russia’s military deficiencies were laid bare for all to see. Before the reforms Russia had a large paper army that could not put together a combat ready force in response to a crisis, little ability to transport them to the crisis point, and terrible coordination amongst the different services. Out of one million men, Russia struggled to assemble anything coherent. In Georgia, Moscow won despite itself, because no matter how an elephant sits down, it crushes all the ants. Today, Russia has somewhere on the order of about 650,000 to 700,000 in its military, and can visibly transport 20,000 men to a crisis point on its borders. Its performance in Ukraine suggests that with a few weeks’ preparation, it can gather double that amount. That is enough to act decisively anywhere on its periphery and steam roll over any former Soviet republic.

However, it is not the better-trained, better-funded and better-equipped army that has given Russia the edge in this conflict. It is how skillfully Russia has chosen to use it. Western leaders continue to expect that Moscow will use heavy force in order to shape the environment for its objectives, but it continues to do the opposite. Russia is acting with intelligence operatives and disguised special forces, while using its conventional build up to blunt any effective response from the West or Kiev. Western leaders keep bracing for that Russian armored column to pull out onto the road and invade Ukraine with a classically heavy-handed approach, but it will likely never come. By avoiding the use of its conventional forces Russia has given itself the option to disengage, and the ability to spread disinformation about the conflict to sow confusion. In the interim, the credible threat of an all-out invasion has rendered the West helpless.

The Russian army poised on Ukraine’s borders is not there to invade, though that is always an option should Moscow’s current plan fail. It is there to dull Kiev’s response to its daily loss of sovereignty over the eastern parts of the country, and to maintain a fear for Western leaders that there is a much higher rung of escalation still possible in this crisis. The threat of invasion is leverage. Moscow has figured out that for all of its pronouncements, the West fears getting involved anywhere if Russian forces are already on the ground and ready to act. Georgia taught it that lesson. The West will yell from afar, but never show itself once Russian troops are in play. After fourteen years in power, Vladimir Putin has demonstrated one thing for certain—he can learn, and it seems he has the West all figured out. After a decade of war, the United States has come to realize that all of its military might translates poorly into the ability to achieve political ends in another country. Vladimir Putin learned the opposite from his experience in pacifying Chechnya and crushing Georgia. Even at its worst, his military can achieve political ends on the Russian periphery.

The West is quite vulnerable to incremental steps when it does not want to fight, and it is clear that it does not want to fight Russia, certainly not over Ukraine. Moscow took Crimea not in one day, but over the course of a week by steadily expanding its control of the peninsula. For weeks Russia toyed with the West, suggesting de-escalation was possible, when this was never the case. It is repeating a similar scenario in eastern Ukraine. If Russian tanks were to roll across the Ukrainian border then Vladimir Putin would have much to lose. Civilian casualties, destruction, and a mobilization of the Ukrainian population would surely follow. Ukraine’s military stands no chance, and many are sympathetic to Russia in those regions, but military occupation has a way of rapidly exhausting sympathy. However, Russians have a long memory, and the Afghan war is as though it happened yesterday. Vladimir Putin is unlikely to put himself in the position of repeating Soviet follies.

The West has miscalculated Russia’s response, but it also has seriously misjudged Ukraine. It has been sold a tale by the Maidan opposition about the Russian leaning portions of the country that does not appear to be true. Simply put, most of eastern and southern Ukraine is not Ukraine, but rather the former Soviet Union. That border between Russia and Ukraine is a line on a map. There is little historical, cultural, linguistic or geographical barrier that legitimates it. The people living there may not necessarily want to be part of Russia, but the Ukrainian nationality has never meant much to them. To Russia, which never took Ukraine seriously as a sovereign country, they are simply Russians across a meaningless border. Those who sympathize with Russia have been actively working against Ukraine’s military, while some elements of Ukraine’s army appear to give up rather easily. Few in Ukraine seem interested in risking their lives for a Soviet drawn border, or for the interim government in Kiev. If the West will not fight for Ukraine, and Ukrainians will not fight for Ukraine, then the outcome is a foregone conclusion.

That Ukraine is genuinely divided should have been evident in the annexation of Crimea. Most of the 18,800 Ukrainian troops and families in Crimea chose to stay on the peninsula after Russia annexed it, as opposed to returning to Ukraine proper. Only 6,500 chose to leave. Kiev showed it was not up to the task of dealing with Russia’s invasion then, and it may not be able to resist a steady loss of sovereignty now. After two empty ultimatums to Russian paramilitaries, or disguised special forces, Ukraine launched an embarrassing failed attempt to regain ground. All of this supports decades of Russia’s experience in dealing with Ukraine, namely that its government tends to be inexperienced, incompetent and weak. This latest operation is likely Kiev’s last opportunity to show it can defend its own territory and is worth supporting against Russia. If the Ukrainian operation fails, it is more likely that pro-Russians will become mobilized and less likely that Kiev will succeed in the future. We are witnessing what happened in Crimea in slow motion. Expectations that the population there would mobilize in support of Kiev proved false then, and so far they are proving false again in eastern Ukraine.

Moscow is not keen to overreach with its army, at least not unless its current plan suffers an unexpected defeat to Ukrainian forces. That question is being decided right now. Sergey Lavrov recently stated that should Russian vital interests in the region be attacked, it would give Moscow grounds to invade. However, even if Russia does invade, it will be a short-term push to break the Ukrainian military and withdraw, as it did in Georgia. Russia has more than enough troops to crush Ukraine’s military, but hardly an occupation force suitable for Ukraine. However, Vladimir Putin’s strategy does have a weakness; it is not conducive to annexation in the short term. This is a plan for fragmentation, depriving Kiev of sovereignty in the east and any chance of enfranchising those regions in a legitimate national election.

The West should be thinking through what a federalist Ukraine would look like, because the dreams of Russian tanks beset by Ukrainian guerilla fighters are unlikely to materialize. If anything, Russia might have the more recent Afghan war in mind as its playbook. The United States is very familiar with this experience; a country using intelligence agents and funds to direct an insurgent movement against a weak neighbor. It will not take Vladimir Putin thirteen years to deny Kiev sovereignty over eastern and southern Ukraine, perhaps only a few months. He may be saving all those tanks for the victory parade instead.