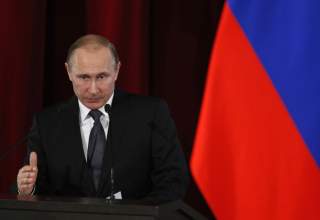 In mid-November 2016 an extraordinary event happened in Moscow. FSB, or Russian secret police, operatives arrested the Russian minister of economy, Alexey Ulyukaev. The last time something similar occurred was in the summer of 1953, when Lavrenti Beria, a henchman of Stalin’s, was arrested and later executed. The lawsuit against the minister and the course of the court trial were very strange but they demonstrate the real nature of Putin’s Russia.

Ulyukaev was accused of extortion and taking a bribe of $2 million from the CEO of the state company Rosneft Igor Sechin. On December 15, the court found Ulyukaev guilty. It sentenced him to eight years in a prison camp. The very charge and the course of the court trial aroused a lot of questions and doubts. Here are some of them.

First, Sechin is a member of the President Putin’s nearest circle and one of the most influential as well as sinister figures in modern Russia. In 2003-2005, Sechin initiated and orchestrated an attack on the then largest Russian oil company Yukos. The result was that its main shareholders, Mikhail Khodorkovsky and Platon Lebedev, spent more than 10 years in prison. The company itself was artificially bankrupted, while its assets were sold at a lower price to state-owned Gazprom and Rosneft. Then, in mid-2014 Sechin initiated an attack on the Russian conglomerate called Sistema. By that year-end the court assigned Sistema-owned shares of Bashneft oil company to the government. In October 2016 shares of Bashneft were sold to Rosneft. In May 2017 Bashneft and Rosneft submitted their lawsuit claiming Sistema to pay compensation exceeding $2 billion for damages allegedly inflicted by Bashneft as a result of the corporate restructuring realized by Sistema. Quite frankly, given these stories, Ulyukaev would have been rather insane to try and shake down Sechin.

But second, according to the prosecution, Ulyukaev extorted money from Sechin in October 2016, allegedly for preparing a positive document for Rosneft that should allow this company to buy Bashneft shares. However, the decision that Rosneft should buy Rosneft shares was signed by President Putin in August 2016. All the necessary documents for the presidential decision, Minister Ulyukaev signed no later than mid-July. To believe that he decided to engage in financial peculation two to three months after all decisions were taken is also difficult.

Third, according to the prosecution, Ulyukaev extorted money from Sechin personally, without any intermediaries, so there were no witnesses to their conversations. Sechin himself did not write a statement about the incident and refused to appear as a witness in the court, which four times summoned him.

Everything said above made the prosecutors’ position extremely unconvincing and puts the charge and sentence under a big question mark. Most experts agree that, like Lavrenty Beriya, who was shot not for his crimes, but as an English spy, Alexei Ulyukaev was punished not for taking bribes, but for something else.

According to one version, the decision to punish Ulyukaev was personally taken by Vladimir Putin. The reason for this could be, for example, Ulyukaev’s sharp criticism of Putin in telephone conversations. Or perhaps some of his actions were regarded by Putin as a rank personal betrayal--e.g., the withdrawal of personal financial assets from Russia or frank conversations with foreign diplomats or financial support for opposition politicians. This version could be sustained by the fact that Ulyukaev’s (as well as of some other top governmental officials in charge of economy) phones had been tapped for more than a year before his arrest. During his press conference in December 2016, Putin said that the FSB’s surveillance information convinced him of Ulyukaev’s guilt. But the FSB could always have found what it wanted to find. The main counter-argument against this version is its poor implementation.

The second version of events suggests that Ulyukaev’s arrest was initiated and orchestrated by Sechin personally. Perhaps he had a conflict with Ulyukaev, most likely connected with the activities of Rosneft.  Ulyukaev, as minister, could approve some regulatory documents that obstructed Rosneft’s plans or imposed additional duties on the company. But these actions could hardly be the reason for such severe punishment—the firing of Ulyukaev from ministerial position would be more probable.

The third version is based on the alleged practice of paying informal bonuses that exists in the Russian government. This theory would suggest that the money received by Ulyukaev in visiting Rosneft was just such a bonus for his ministry. In the Russian media, shortly after Ulyukaev's arrest, Ulyukaev's phone conversations with the CEO of the state-controlled VTB Bank, Andrey L. Kostin appeared, in which Ulyukaev first asked Kostin to help get money to pay such a bonus. Soon afterwards Kostin said that Ulyukaev should get this money from Sechin personally. In this version, the real reason for Ulyukaev’s arrest could be an attempt of some grouping in Putin's camarilla to undermine the authority of the ministers of the economic bloc and to achieve their replacement by more loyal figures.  Ulyukaev’s not very tough but consistent statements that Western sanctions were damaging the Russian economy, and that Russia must negotiate to achieve the lifting of sanctions could have created additional pressure on Putin.

It is likely that none of these versions is quite true, and that the truth is something else. But though we do not fully understand the triggers for Ulyukaev’s severe punishment we can definitely draw some conclusions from what happened. I would focus on four:

1. Ulyukaev’s arrest became another piece of evidence of the absence of the rule of law and an independent court in Russia. If there is a directive, any Russian court is ready to sentence any person to any term of imprisonment, not paying attention to the absurdity of the lawsuit and the lack of evidence.

2. Putin is a strong authoritarian leader keeping in his hands the appointment and promotion of judges. But Putin apparently does not exercise personal control over the judicial system (in Russia there are more than 30 thousand judges), delegating his powers and thus influence over judges’ decisions to his lieutenants. That creates a space for the abuse of the law by many those who have access to Putin.

3. Over the past years, the flywheel of repression has gradually been gaining momentum in Russia. The repressions to date targeted those whom Vladimir Putin and his nearest circle saw as their enemies--from leaders of the protest movement to ordinary citizens who delivered themselves of critical remarks about the Kremlin. Although ten current and former governors and over thirty vice-governors were arrested in Russia in recent years, their arrests were related to corruption or embezzlement of budget funds and were supported by convincing evidence (with the exception of the former leader of the Union of Rightist Forces party, Nikita Belykh). The arrest and conviction of Ulyukaev suggest that repression in Russia is shifting to target even Kremlin’s loyalists. The top tiers of the Russian bureaucracy got a very clear message from Putin: any of you may be in Ulyukaev’s shoes.

4. Ulyukaev held executive positions in the Ministry of Finance, the Bank of Russia, and the Ministry of Economics since 2000, which to say since the advent of Putin's reign. The Russian president undoubtedly respected Ulyukaev as a professional and invited him all meetings related to economic policy. The Ulyukaev verdict says that loyalty and personal loyalty to Putin cannot protect an official in the event of a conflict with those who are part of Putin's inner circle.

This, in short, is the state of modern Russia.

Sergey Aleksashenko, a former deputy chairman of the Russian Central Bank and former deputy finance minister, is a nonresident senior fellow in Global Economy and Development at the Brookings Institution.