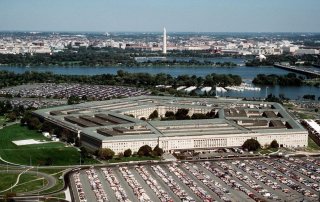 Making defense operations more efficient is a natural common cause for Congress and the Pentagon. Increased efficiency would save money—freeing up dollars that the Pentagon could plow back into rebuilding the capacity and capabilities needed to defend the country.

Sadly, talk about how to do this always starts in the wrong place. Some want to just shutter bases—a process that can cost as much as it saves. Others harp on acquisition reform—but that’s a heavy, complicated lift that takes time. Congress and the executive branch also have a long track record of getting reform wrong.

So where should the next administration focus its attention to wring savings from and for defense? For its first few years in office, at least, the best answer is: consistent use of Performance Based Logistics.

To get the Pentagon running right, it is essential to sequence reforms properly, building on them systematically. In the long run, that approach will yield greater savings and wreak less havoc than embarking on “trophy hunts” that garner headlines by slashing budgets, canceling programs and shutting down headquarters. As Secretary of Defense, Bob Gates offered an object lesson in stupid management, engineering some $400 billion in cuts and calling them savings and efficiencies. In retrospect, the nicest words to be said about the Gates era is that his plan for higher "future" budgets, which was utterly ignored, was probably as low as defense spending should have gone. The recently released National Defense Panel report reaffirms that judgment.

Likewise, big bloated bills from the Congress don't help much. For example, the Levin-McCain Acquisition Reform Act of 2009 was supposed to make everything way better. Good luck finding a quorum in Congress, the Pentagon, or the defense-industry community who would agree that, more than a half decade later, the acquisitions process is much improved.

What just might work for the next team is to start by lining up competent leadership and sound processes for running the puzzle palace better. That effort might start with a management structure that would rationalize the operation and maintenance of all the Pentagon’s real-estate holdings and facilities. There is also the need to rightsize the Pentagon's massive civilian workforce. Both initiatives can begin while leadership gears up to tackle the really heavy-duty reform challenges like military compensation and acquisition reform.

In the meanwhile, however, the Pentagon can start saving money by moving toward Performance Based Logistic practices in a consistent and disciplined manner. By one estimate, performance-based logistics could save the military $25-$30 billion a year.

Rather than focus on what the Pentagon buys, logistics focuses on how it sustains stuff—in other words, how the military moves, fixes, supplies, repairs, maintains and fuels everything the military uses. What Performance Based Logistics accomplishes, explains defense expert Dan Goure, is craft maintenance and sustainment contracts that focus on

"maximizing outcomes of interest to the customer (e.g. engine time on wing or hours of power delivered) rather than traditional maintenance measures such as the number and cost of repair activities. The company makes money by satisfying the customer’s objective, generally the highest number of platforms and systems available for duty.”

Performance Based Logistics is anything but a new idea. Built on proven commercial best practices, the Pentagon has toyed with the concept for over twenty years. For example, the Air Force uses it to help manage its C-17 aircraft fleet. So far, that program has yielded billions of dollars in cost savings or cost avoidance. The U.S. Navy has also used Performance Based Logistic contracts for part of its helicopter fleet.

Yet despite the fact that it works, Performance Based Logistics has not been systematically adopted as a best practice in defense management. The major inhibitors, Goure explains, are “institutional resistance, an antagonistic acquisition culture, and lack of adequate training for government officials regarding the creation and maintenance" contracts.

To reap the potential savings of Performance Based Logistics, all the next Pentagon team would have to do is tackle these problems systematically. All can be resolved by creating win-win, public-private partnerships that will garner the support—instead of the anger—of Congress.

There are several case studies that demonstrate how that strategy can work. "The example of the Letterkenny Army Depot in Chambersburg, Pennsylvania," notes Heritage Foundation defense analyst Michaela Dodge, "points to an additional benefit of performance-based logistics—building and advancing relationships between contractor employees and public staffers. Both can cooperate in a manner that is effective and mutually beneficial."

As Robert Willits, a union steward at Letterkenny, explained:

The contract works because, as Dodge notes, "private contractors have an interest in building good relationships with public employees at the depot." This kind of cooperation in turn makes lawmakers happy, because the depot creates jobs, and contented workers in their district make for happy voters. Other members of Congress are happy, because the partnership is making the Pentagon work better.

Performance Based Logistics is not a silver bullet. It can’t reduce all the waste in the Pentagon. But a consistent commitment to the practice would demonstrate that the administration is really interested in making the Pentagon work better—not just in cutting budgets and capabilities.

As a systematic and disciplined step in running the Pentagon, it would be a very smart move for the next team to make.