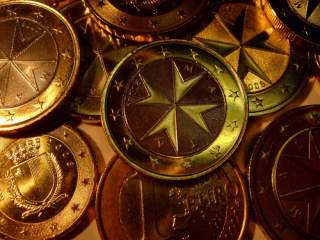 The brazen central bankers never hid their intentions. They have admitted in testimony before Congress that they intended to increase the value of financial assets to trigger what they refer to as the “wealth effect.” According to their theory, increased financial wealth will trickle down to the general economy. But the so-called “wealth effect” of higher financial asset prices is merely a market “deformation,” as David Stockman calls it. Higher asset prices have made the uber-rich even richer, but they have done nothing to grow the economy so that the “middle class” can prosper.

Moreover, QE-facilitated, ultra-low bond yields have pushed legions of retirees and other fixed-income investors into lending to riskier industries (e.g., petroleum fracking) and to riskier borrowers (e.g., subprime auto loans). This is text-book “Hayekian” malinvestment. More specifically, retirees and fixed-income investors, unable to make ends meet with the thin interest rates available on so-called “quality paper” (e.g., short-term governments and blue-chip corporates), have moved out on the “risk spectrum” to high-yield bonds, otherwise known as “junk bonds.” Now these investors are beginning to experience the beginning of a slow-motion, wealth-destroying crash in the junk-bond market. There, nearly 20 percent of the high-yield loans are to imperiled fracking companies, which suddenly face production costs in excess of the market price for oil. As a result, unemployment in the “fracking patch,” which had been the source of most of the full-time jobs added to the U.S. economy since 2009, is now on the rise. That undoubtedly will negatively affect the subprime auto lending market, which had taken off as newly employed petroleum workers bought new and used cars facilitated by relaxed credit requirements.

At the heart of QE is the notion that more inflation is needed. But no consumer would say, “I wish that flat screen TV cost more. If it did, I would have bought it.” Have you heard, even one time, a businessman remark that he would have bought that new truck to expand his business, except that its price was too low?

It is exactly that unreality that Japanese and American central bankers have intended their respective publics to believe. Now, with its launch of an open-ended, 60-billion-euro-per-month asset-purchase program, the ECB would have the European public believe it also. But the public there, just like the public in Japan and just like the public in the United States, does not buy it. And no public ever will, because, by this point, as national debts all over the “developed world” continue to increase, and as domestic economies fail to grow, and as the value (i.e., the purchasing power and investment power) of savings continues to decline, the public finally understands that QE serves only to enhance the divide between the uber-rich and the struggling middle class and those struggling to reach the middle class.

Even progressive, left-wing billionaire and hedge-fund operator George Soros, who made billions attacking currencies like the Thai baht and the British pound, recognizes the QE-induced divide between the ultra-rich asset owners and the struggling middle and working classes. This past Friday, from the stage at the World Economic Forum in Davos, Soros stated that the ECB’s QE program “will benefit the owners of assets and actually wages will remain under pressure through competition and unemployment.”