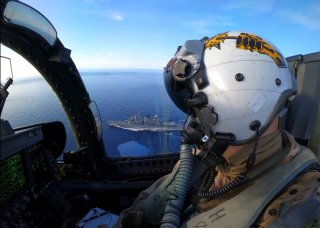 In late 2019, the United States, along with Australia and Japan, announced the formation of the Blue Dot Network on the sidelines of the Indo-Pacific Business Forum in Thailand. The aim of the organization is to “promote quality infrastructure investment that is open and inclusive, transparent, economically viable, financially, environmentally and socially sustainable, and compliant with international standards, laws, and regulations.” Though the State Department website names no target or focus for the initiative, it says that it “builds on the success of Japan’s G20 leadership in building consensus on the Principles for Quality Infrastructure Investment, which is the basis for the visions of the Blue Dot Network.” These veiled descriptions point squarely to China’s Belt and Road Initiative.

THE QUAD’S ability to check Chinese aggression and influence has been traditionally downplayed by a seemingly divergent set of national security interests among member states. While bilateral issues remain distinct, each Quad nation’s greatest national security threat is undeniably China.

The CCP can be held to account for trying to strengthen its military position in disputed territory while India prioritizes the health of its people over the security of its borders. It is directly responsible for threatening to disrupt Australian exports during a global economic contraction. It consciously exploited a COVID-driven decline in military readiness to flex its muscles in the East China Sea and Taiwan Strait. Finally, the PRC is accountable for the unsubstantiated claims made by Zhao Lijian, deputy director-general for the Ministry of Foreign Affairs Information Department, that the U.S. Army brought the coronavirus to Wuhan.

While the bilateral disputes between Quad nations and China remain, COVID-19 has highlighted a collective threat. The CCP’s domestic response to the coronavirus and subsequent attempts to exploit the resulting global disarray have demonstrated that it cares far more about maintaining its tenuous grip on power than adopting a responsible position within the region and the wider international community. Its reckless authoritarianism is no longer just a threat to its citizens.

A future IPSP should hold annual summits for principals, biannual gatherings of senior defense officials, and quarterly meetings of mid-level military officers to coordinate and synchronize operations. These missions should begin with foreign humanitarian assistance training given its role in initially bringing the Quad’s predecessor—the Tsunami Core Group—together from 2004 to 2005. Combined infantry exercises would give ground force commanders an opportunity to swap tactics, techniques, and procedures. U.S. Army officers could learn best practices for fighting at extreme elevations from their Indian counterparts and could offer their lessons learned on integrating fires and close air support into larger infantry operations. Royal Australian Navy vessels could join their Japanese counterparts in a joint maritime exercise in the East China Sea. IPSP operations could expand to include combined naval and air exercises in the Indian Ocean, South China Sea, or Western Pacific. IPSP intelligence sharing would vastly increase the pact’s overall maritime domain awareness on PLAN activity.

China’s domestic authoritarianism runs starkly counter to the free and open societies so cherished by the Quad nations. China has used the pandemic to validate the superiority of its authoritarian efficiency over the clumsy and internally divided democracies of the United States and Western Europe. A future IPSP is an opportunity to counter this narrative by demonstrating an enduring strength of free nations: friends and allies. The strongest democracies in the Indo-Pacific have the most to lose in this regional competition for power and influence. Only together, can India, Australia, Japan, and the United States advance a common vision for an Indo-Pacific based on freedom and transparency, rather than repression, coercion, and deceit.

David Laszcz is currently serving as an officer in the United States Marine Corps. He received his mpp as a member of the Harvard Kennedy School of Government class of 2020 as a Pat Tillman Scholar and Harry S. Truman Scholar.

The opinions expressed are those of the authors alone and do not reflect those of the U.S. Marine Corps, the Department of Defense, or the U.S. Government.