A Radical Solution for China and the Philippines: Share the South China Sea 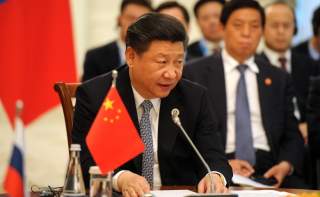 The Permanent Court of Arbitration ruled in favor of the Philippines in its case against China regarding the South China Sea disputes. Undoubtedly, the Philippines scored a major moral victory. Yet the ruling will have little, if any, impact on the actual situation on the ground. After all, as Harvard’s Graham Allison has noted, none of the permanent members of the UN Security Council has ever respected rulings by the Permanent Court of Arbitration (which is not a UN agency) or even the International Court of Justice (which is a UN agency). And we can only expect China to disregard the ruling entirely, as it has done so far.

So what should the Philippines, China and the United States do now? War and escalation is not an option. With much of Europe in crisis management, and the whole Middle East and North Africa in flames, the world cannot afford to let a dispute over some rocks, shoals and islands to drag the world’s two largest economies into a major crisis, at least not now.

With a new president in charge of the Philippines, the U.S. presidential election only a few months away and Chinese president Xi Jinping entering his second term soon, perhaps it is time for all three actors to sit back, take a deep breath and think clearly about what they really want. Thankfully, China before the ruling, and the Philippines and United States since, have all signaled that they wish to avoid any further escalation of the situation.

Every standoff is an opportunity to be taken advantage of rather than something to be wasted. We believe that China and the Philippines can take some bold steps and forge something that has never been done, starting with their dispute regarding the Scarborough Shoal. More specifically, we propose two possible solutions that can set a precedent for other countries with similar disputes.

The first solution is the solution that has been always on the negotiation table between the Philippines and China: that is, joint exploration of the Scarborough Shoal while shelving the dispute on sovereignty. But even here, the two countries can go further than a minimalist solution. They can agree to develop the disputed waters into a jointly administered ecological and biological exploration station that allows scientists from both countries and beyond to explore life beneath the South China Sea, and an eco-friendly tourism site that allows people from all over the world to experience the beauty of the South China Sea.

The second solution is more radical and thus more path-breaking. This solution is for the Philippines and China to mutually recognize each other’s sovereignty claims over the Scarborough Shoal, in addition to the bargain proposed in solution one.

Throughout history, dispute over territory has been a major cause of interstate wars, most critically due to our belief in the indivisibility of control over territory. Yet, a dispute over maritime territory may be sufficiently different from a dispute over land that the radical solution we propose is not as outlandish as it seems. If the Philippines and China can agree to co-ownership of the Scarborough Shoal, they can demonstrate that two states can jointly own a piece of territory in the sea, and therefore set a historical precedent for countries with similar disputes. And once the two countries agree to co-ownership of the Scarborough Shoal, they can sit down and address more down-to-earth issues, such as fishing rights.

The United States should welcome either one of the two solutions. The standoff between the Philippines and China has not only been extremely costly for both countries, but has also brought down U.S.-China relations to a new low. A resolution of the dispute will save China and the United States from further escalation in the South China Sea, something neither the two great powers themselves, nor other countries in the region, really desire.