Ramadi is No Model For Fighting ISIS 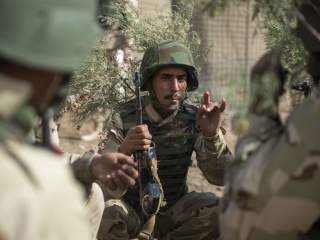 After months of fighting, the Iraqi Army has finally wrested control of Ramadi away from ISIS. Understandably, this has been hailed as a great victory. Unfortunately, there is not as much cause for celebration as appears at first glance. In a very real sense, Ramadi was not 'liberated' because ISIS had already destroyed it.

A city is more than the physical structures that occupy a particular location on a map. A city is its people and the economic and social connections that bind these people together. The physical location of Ramadi has been taken back from ISIS but the society that once was there has been damaged, perhaps irreparably. Ramadi was once home to 450,000 people. Today, it is estimated that only 4,000 to 10,000 people remain in the city.

Some of this damage resulted from the violence that gripped the country after the 2003 invasion. Nothing, though, has done more damage to Ramadi than the eight months that ISIS held Ramadi in repressive grip. Iraq’s defense minister recently admitted that 80 percent of the city has been destroyed by the struggle to take it back. What remains is cluttered with IEDs and unexploded ordnance. Basic utility services like water and electricity have been rendered non-functioning for much of the city because of battle damage. The displaced former residents now live mostly in camps. The lucky ones have been put up in hotels in nearby Habbaniyah, a resort town built for tourists in an area made perilous for visitors and locals alike.

The pattern has been more or less repeated across the areas of western Iraq that have fallen to ISIS. According to the UN High Commissioner for Refugees, there are now 3.9 million Iraqis who are internally displaced in addition to the nearly 400,000 who have been forced into refugee camps in neighboring countries. If they were a city, Iraq’s displaced population would be the country’s second largest after Baghdad. Fallujah has been nearly as devastated as Ramadi—only about 3,000 families remain there. Mosul, the largest city still under ISIS control suffered a fate nearly as devastating as that suffered by Ramadi. Since the summer of 2014, ISIS has forced about a third of Mosul’s population, over 500,000 people, out of the city. ISIS’s campaign of terror inside the city has ethnically cleansed the once predominantly Kurdish city and turned it into a Sunni Arab enclave.

This human disaster of ethnic cleansing and refugee flows is the inevitable result of a deliberate strategic choice made by the United States to limit its involvement in the fight against ISIS and to let Iraqi forces take the lead. Defenders of the policy say the Obama administration has chosen to wage a patient campaign. Patience, however, is not a virtue if it allows millions of people’s lives to be upended by violent extremists. After more than a year of American and allied bombing ISIS still controls vast swathes of western Iraq and even more territory inside Syria. Iraq’s refugees are still waiting for the chance to rebuild their lives and communities. The administration appears confident that eventually the Iraqi army will push ISIS back across the Syrian border.

Instead, the goal of U.S. strategy should be to drive ISIS out of Iraq while there is still something of western Iraq left to save. The current strategy is too meek and plodding to do this.

At the Battle of Asculum, fought in Italy in the year 279 B.C., the forces of the Greek King Pyrrhus of Epirus narrowly defeated a Roman Legion in one of the bloodiest battles the ancient world had yet seen. After the battle ended on the second day, Pyrrhus is said to have remarked, “Any more victories like this and we shall be utterly ruined.” From this battle comes the phrase “Pyrrhic Victory,” a victory that is won at too high a cost. This is the sort of victory that the Iraqi Army has won in Ramadi and this is the only kind of victory that will be had unless the United States becomes more aggressive in the fight against ISIS.

John Ford is a former Army Captain who now serves as a reservist.  He is a frequent contributor on the Middle East for the National Interest and the Diplomat. He is currently an attorney with the law firm Collins Collins Muir + Stewart.