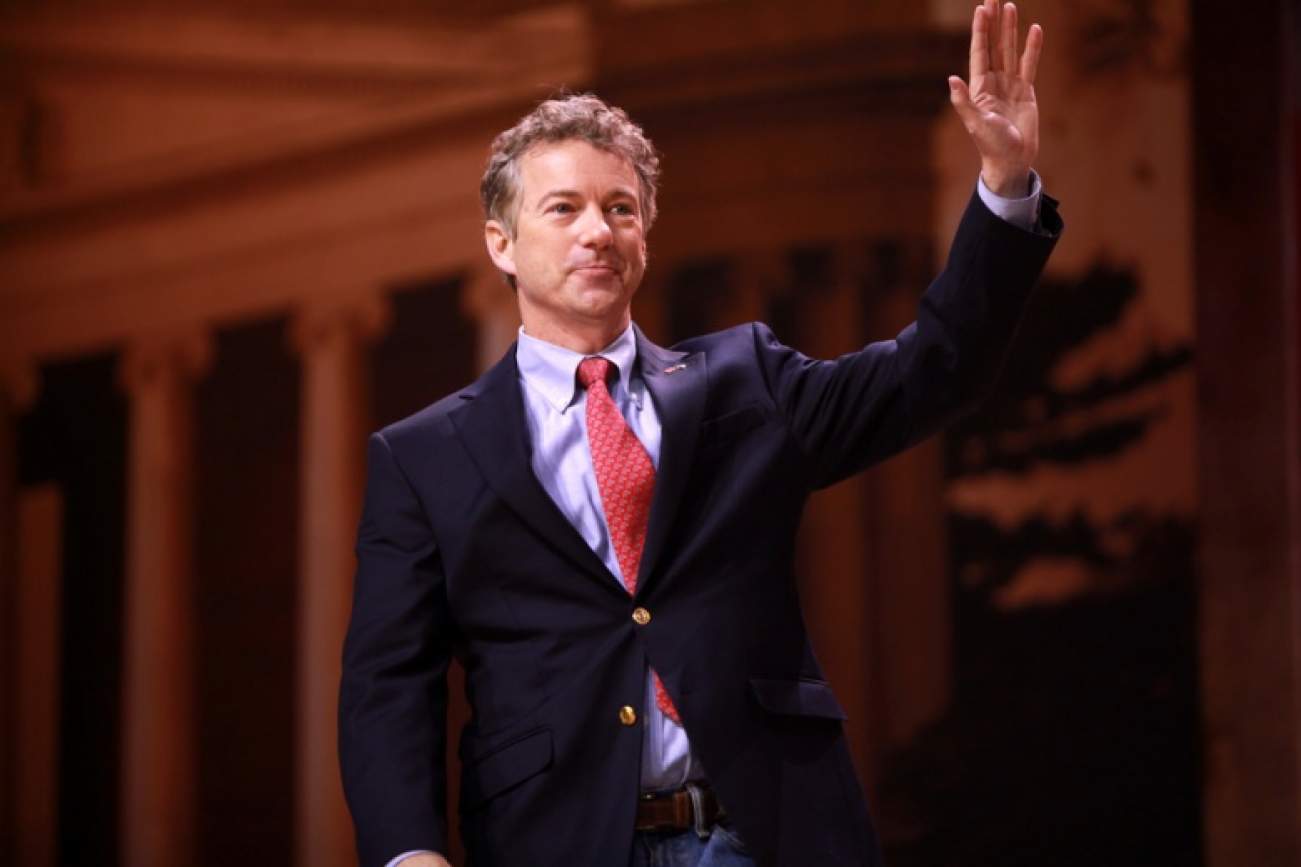 Rand Paul needs my help. His foreign-policy views, though now somewhat muddled, are the correct ones for the nation and likely much more popular among Republicans than is Paul himself. Deep in the back of the pack, Rand Paul is in the low (very low) single digits in national polls for the nomination, just above the dropouts and those who soon will be such. His attempt to appear mainstream by advocating such tired bromides as “Peace through Strength” and “Fight to Win” convinces none of the neoconservatives that he is one of them. He needs edge. He needs to be as truth telling as are the “outsiders” in the race and a lot smarter than the establishment types whose calls for American leadership seem to be advocating repeating the failed policy of the George W. Bush administration.

Let’s start by calling out the Welfare Queens, our rich but free-riding allies. Our European and Asian allies live near most of the trouble in the world, are as rich as we are, and yet depend on us for their defense. Why should boys and girls from Kentucky, to pick a state, have to deploy to the Baltic States, guard the DMZ in Korea, steam in the East China Sea or fly patrols over the Persian Gulf? South Korea is twenty-five times richer and has twice the population of North Korea yet refuses to take command of its own defenses six decades after the Truce in Korea was declared. Our NATO partners, having recovered from the Second World War’s devastation thanks to our protection during the Cold War, can’t seem to find the 2 percent of their GDPs, the amount set as the NATO standard, to defend themselves from a cantankerous Russia that is probing their eastern borders. Instead they are inviting us to open more bases in Europe. And Japan, whose outlying rocky islands and mineral rights China covets, can’t seem to allow itself to offer much military help to the Americans, whom they expect will be defending them. All have reasons to avoid serious military preparations, assured that American politicians define leadership as doing their work for them.

It is time to call them out. We are subsidizing our rich and lazy friends when we pivot to Asia, tolerate our dodgy NATO partners and do all the real heavy lifting in the Middle East. Get the Welfare Queens off our dole. The only way they will do more—more for their defense and common problems—is for us to do less. We need to be behind our allies, not in front of them.

Rand Paul does say that lots of intervening hasn’t worked out. Libya is a mess. Iraq is sliding back into chaos. Afghanistan is on the edge. The Gulf States fund extremists while giving us bases. Somalia is a pirate’s den. But Rand doesn’t explain enough why our interventions keep failing and why we keep getting involved. Interventions are mostly meddling. We don’t know who should govern other countries. We can barely govern our own. Intervening is political meddling. We can’t make other people want democracy and practice tolerance other than to lead by example. And our interventions cost lives—ours and theirs. If American interests are threatened, we need to protect them. Raids may be necessary; occupations are not. Colin Powell notwithstanding, Pottery Barn rules don’t apply.

So why do we keep meddling? Rand Paul needs to point out that we have kept the Cold War military command structure in place. We have military commands for Europe, the Pacific, the Middle East, Africa and Latin America. When a tree falls in one of these places, staffs are at work thinking about how we can help clean up the mess. They are always trying to shape, control or stop conflicts, few of which involve our direct interests. Similar staffs exist here. They are our forward deployed meddlers. Rand Paul ought to advocate their return home. It’s time to stop being the global police force. It is their domestic disputes, not ours. And if there is a will here to help others in distress, then we need our allies to join in, not by just waving a flag or sending a token force, but by doing the bulk of the work in their own regions. Yes, we can keep buying Japanese, Korean or German cars, Rand Paul can say; we are for trade and are not isolationists. But also aren’t complete fools or at least shouldn’t be. American leadership means helping others do their best to keep the local peace. It should not mean supplying them with free security that American taxpayers pay for.