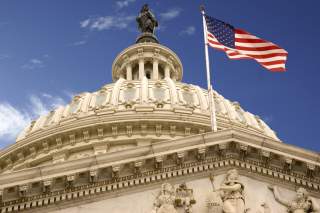 Sometimes it seems we take action in foreign policy without fully understanding the consequences. From the Iraq War, to arming Syrian rebels, this has been shown over and over again.

Recently, the U.S. Senate considered new sanctions against Iran regarding ballistic missiles and the funding of terrorism. These are important matters, and we should discuss them. Iran is certainly part of this problem. But we should also discuss the larger picture. We are currently in the middle of an agreement regarding nuclear power and proliferation with Iran that, so far, both sides say has been kept. The issues in the sanctions bill are not subject to that agreement. So unilateral action outside the current agreement, even for legitimate purposes, must be carefully weighed. What does this action do to the prospects of ensuring compliance with the agreement?

It has been said in the debate so far that we do not care what Tehran thinks, or if they think this is an abrogation of the nuclear agreement. Well, let’s consider that statement. If we do not care what they think, why are we trying to influence their behavior? What are sanctions if not a hope to change their way of thinking?

If they react in one way by saying, “We are going to get out of the nuclear agreement,” that would be a pretty important and dramatic step. I am not saying they will. They might, though, and we ought to have at least thought through that scenario and understand that, while we will not condone or acquiesce to their opinion, we do care about it because that is what we are trying to change. We are trying to change their attitude toward continued expansion of their ballistic missile program.

As I read through these new Iran sanctions, there are several areas that strike me as curious. I find it intriguing that every one of these areas could equally apply to Saudi Arabia. As we look at the ballistic missile section, we recall that Saudi Arabia also has ballistic missiles, the Dong Feng-3s and -21s. Where are they pointed? Tel Aviv and Tehran.

So, if we want to influence the behavior of Iran, we would have to understand that, while we do not have to agree with it, we do have to care about what they think, and we must consider if these sanctions will have an effect.

The sanctions’ unilateral nature renders them unlikely to succeed. Iran has already stated they will not stop their ballistic missile program. While we think the whole world sees everything through our lens, I think Iran sees what their neighbors, especially Saudi Arabia, think and do as much more important than what we do or what our sanctions say, frankly.

If the whole world invoked these sanctions, they might be effective, as worldwide sanctions did influence their behavior—that and the carrot of giving them back some of their money. But I do not think these unilateral sanctions will have any effect.

If you really want to get rid of their ballistic-missile program, we should look at who else in the region they perceive as a threat. I do not think they really perceive us as a threat. We have thousands of ballistic missiles, yes, but I think they are primarily concerned with Saudi Arabia and the other Gulf sheikhdoms, who already have hundreds of missiles. They also see Israel’s nuclear weapons as a threat.

So, if you wanted to influence the behavior of Iran, you might consider sanctioning Saudi Arabia in equal fashion. Let us have sanctions on both countries regarding ballistic missiles, and let us say we will remove them when they come to the table to discuss reducing their armaments. Another way of doing it would be to withhold the $350 billion worth of new weapons and missiles to Saudi Arabia until both sides come together to discuss an arms control treaty. Perhaps you could say we are going to withhold that offer until Saudi Arabia agrees to negotiate with Iran.

It is my belief that Iran will never quit developing ballistic missiles unless there is an agreement with Saudi Arabia and/or the rest of the Gulf kingdoms to do the same. And so I think new sanctions are a fool’s errand, and they will not work.

New sanctions may even have a counterproductive effect if Iran decides they somehow abrogate the nuclear agreement. If Iran pulls out of the agreement, I think we will really regret hastily adding new sanctions.

The second area of the sanctions that struck me regards terrorism. It seems to me this section might equally apply to Saudi Arabia. In assessing Saudi Arabia’s connection to terrorism, I am reminded of two comments. First is the Hillary Clinton email to John Podesta, where she says, “We need to use our diplomatic and more traditional intelligence assets to bring pressure on the governments of Qatar and Saudi Arabia, which are providing clandestine financial and logistic support to ISIL and other radical Sunni groups in the region.”

So, I do not disagree that Iran has their hands in everything in the Middle East, but so does Saudi Arabia. I am just not so sure which side is worse. I think they both are intervening in multiple wars in the Middle East. Internationally, Saudi Arabia may be more of a menace than Iran as far as promoting hatred of America. Saudi Arabia is spreading intolerance and hatred of Christianity in madrassas throughout the world.

The second statement regarding terrorism and Saudi Arabia comes from former Senator Bob Graham, who said about the twenty-eight redacted pages from the congressional 9/11 report, “I think the linkages are so multiple and strong and reinforcing that it’s hard to come away from reading all this material and not feel that there was a support network and that support network came from Saudi Arabia.”

This statement has been examined by a lot of people. Without a doubt, there is certainly a lot of circumstantial evidence implicating Saudi Arabia in 9/11. And yet we are fixated on Iran, and we do not understand that much of what Iran does is in response to Saudi Arabia, or vice versa. I do not know who started it first, but they are definitely in an arms race with each other.

Further, while I do not question Iran’s involvement in human-rights abuses, has anybody tried to go to a church or a synagogue in Saudi Arabia lately? Anybody try to bring a Bible in? Do you remember when our troops were in Saudi Arabia, and they could not take their Bibles off the U.S. installation?

Anybody aware of a young man by the name of Ali al-Nimr? He was arrested five years ago, and he is on death row, but their death row is a little different than ours. You can get beheaded and then crucified. That’s his sentence.

If we are talking about human-rights abuses, a girl from Qatif was only nineteen years old when she was raped by seven men. She was arrested by the Saudi Arabian government and ultimately sentenced to two hundred lashes, because it was obviously her fault for being in the wrong place and being alone with a man she wasn’t related to. It took international outrage to help secure her a pardon.

So, as you look through these sanctions, there is an equal argument for including Saudi Arabia. There is also the argument that this is a two-sided conflict and not just a one-sided conflict, and Iran is wrong on everything, and Saudi Arabia is not. Perhaps we would have some influence if we realize it is a two-sided arms race and put pressure on Saudi Arabia by not selling them billions in arms. Perhaps they would come to the negotiating table, and we would be talking about a new agreement instead of new sanctions.

That is where I would prefer we were today. As much as I was not a great fan of the nuclear agreement, I thought that if Iran adhered to it, it would be a good thing. And so far, they appear to be doing so. They do not adhere to a ballistic agreement because there is no such agreement. They will never negotiate away ballistic missiles. They will never negotiate on ballistic missiles unless we bring Saudi Arabia and the Gulf sheikhdoms to the table, and I think that would be a better place for us to be.