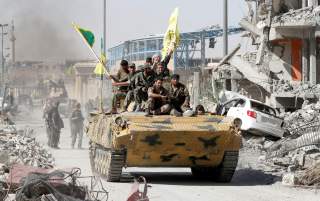 The span of human habitation at Tell Zeidan covers three prehistoric cultures and eras, known as Halaf, Ubeid and Uruk. The Ubeid-era settlement is the most revealing and encompasses most of Tell Zeidan’s history. Other Ubeid-era sites in Syria have been buried under newer habitations, but Tell Zeidan revealed, for example, that the Ubeid culture spread from southern Mesopotamia nearly a thousand years earlier than previously believed. Scholars had believed that this movement occurred around 4500 BC, but Ubeid-era artifacts found at Tell Zeidan, along with improved methods for matching radiocarbon dates and calendar dates, suggest an earlier date closer to 5300 or 5400 BC.

During the Ubeid era at Tell Zeidan, residents began to rely on domesticated animals for meat and materials, though they continued to hunt for meat as their predecessors had done. They were part of mankind’s transition from hunting and gathering to domestic agriculture. They traded, directly or indirectly, for obsidian that originated 300 kilometers away at Nemrut Dag in modern Turkey. The world was getting smaller. Towards the end of the Ubeid era, residents began smelting copper.

Archaeological work at Tell Zeidan was in its infancy when the war in Syria prevented work from continuing. Presumably much remains to be discovered; the site is relatively undamaged, and prehistoric pottery and obsidian are still visible on the surface of the main hill. But now the priority for local Raqqans is preserving the site to allow for future excavations when the war has ended. The uncertainty of the political situation, and the instability of the security environment, make resuming excavations here or elsewhere in the area unfeasible. The Office of Museums and Antiquities is instead focused on documenting the damage done to the sites and protecting them from further harm, so that someday archaeological work can return to Raqqa.

AS THE human settlement of Tell Zeidan ended in the fourth millennium BC, a new settlement emerged several miles to the west. Presumably, some factor, human or natural, caused those living at Tell Zeidan to relocate to the site of Tell Bi’a, just northeast of the modern city of Raqqa. By the third millennium BC the city had become known as Tuttul, and many of the cuneiform tablets found at the site were housed at Raqqa’s museum until ISIS and others looted it. Tuttul was caught between the two regional powers of the day: Ebla and Mari. Ebla, 125 miles to the west in the modern province of Idlib, was excavated by an Italian team of archaeologists starting in the 1960s. Mari is about 145 miles downstream from Raqqa on the Euphrates River, almost to the Iraqi border, and was excavated by French archaeologists starting in 1933. Over the course of fifty years of fighting in the third millennium BC, the two cities appear to have fought each other to a point of weakening both sides sufficiently to enable the Akkadians, based to the southeast in modern Iraq, to take over the entire area.

Following the decline of Mari and Ebla, Tuttul watched as northern Mesopotamia progressed from kingdoms to empires, with the Akkadians, Assyrians, Babylonians, Achaemenids and others taking over the area. The city had since ceased to exist, but Alexander the Great marched through the area in 331 BC, and brought with him the Hellenistic Greek culture that would change the face of the area. The city of Raqqa, initially called Nikephorion, was founded during the successor state to Alexander’s conquest of this area, the Seleucid Empire. The name was eventually changed to Callinicum, and the city fell on the frontier between the Greeks and Romans in the west, and the Persians in the east. St. Ambrose of Milan, addressing the Christian community’s burning of Callinicum’s synagogue in 388 AD, described the city as an unimportant frontier town (he was opposed to the Jewish community’s request that the Roman emperor fund the synagogue’s reconstruction). In the sixth century, the Persians sacked the city, but it was rebuilt and fortified by the Byzantine emperor Justinian.

Raqqa was, before and after the Islamic conquest, a center of Syriac Christian thought and politics. On the site that had previously been Tuttul, just northeast of the city, the Deir Zakka monastery produced a number of Syriac Orthodox patriarchs, and hosted a synod in 567 AD that attempted to reconcile the Syriac and Greek Orthodox churches, which separated following the Council of Chalcedon in 451 AD. Alas, to no avail; the schism remained. Arab tribes, mostly Christians themselves, roamed the area.

Tell al-Bi’a, site of Tuttul and subsequently of Deir Zakka monastery, means “hill of the church,” and is so named because of the Deir Zakka monastery that once sat here. German and Syrian archaeologists dug at this site from 1980 to 1994, and uncovered the remains of the monastery and the city of Tuttul. The hill is now occupied by families living in tents, and sheep roam the site. The dig site is no longer visible, and the level of activity there now is unlikely to upset further excavations at the site provided an alternate location is found for the families currently living there. ISIS dug a defensive trench at the base of the hill, but otherwise the site remains largely intact.

The Deir Zakka monastery remained an integral part of the city into the Islamic era. Islamic caliphs and emirs visited the hunting grounds surrounding the monastery. A thirteenth-century compilation of Arabic poetry and literature by Yaqout al-Hamawi tells the undated story of Sa’ad, a Muslim papermaker from al-Ruha (modern-day Sanliurfa in Turkey) and his love for Issa, the son of a Christian merchant from the same city who joined the monastery at Deir Zakka. Sa’ad could not bear to be separated from Issa, and followed him to Raqqa, where he ultimately died outside the monastery, the monks having refused to let him in. As the story goes, before he was found dead, a passerby found him speaking in Arabic verse to a pigeon residing in the monastery:

By your religion, o pigeon of Deir Zakka

And by your Gospel and your cross

Arise, and carry a greeting from me

Tell him: your poor Sa’ad complains

Of a burning love hotter than a flame

So allow him a look at you from afar

If you won’t allow from near

And if I die, then write on my grave

A lover, dead from the abandonment of his beloved…

WHEN THE Islamic conquerors took the city circa 639 AD, commanded by Iyad bin Ghanm, the city’s history took a drastic turn. The first Islamic caliph to give serious notice to Raqqa was Hisham bin Abdul Malik, who set up residence at Resafa, about twenty-five miles to the south of Raqqa. The caliph al-Mansour decided to construct a literal companion city, al-Rafiqa, west of the existing Raqqa, and the two became one of the largest cities of the Islamic world at that time. The city reached its heyday under Harun al-Rashid, who moved his capital from Baghdad to Raqqa in 796 AD, drawing poets, scholars and scientists from the reaches of the Islamic empire.

Most of the historic sites that remain inside Raqqa today date to the Abbasid era, which includes Harun al-Rashid’s reign. The most prominent is the city wall of al-Rafiqa. The wall was initially built as two walls, one outer and one inner with a moat between the two, but in the twentieth century, as the city reemerged and grew, the outer wall was bulldozed. Today only Baghdad Gate, leading to the southeast and towards the modern Iraqi capital, remains from the outer wall. The inner wall, however, remains largely intact despite three airstrikes damaging three sections of the wall during the campaign to liberate the city from ISIS.

Parts of the old mosque of al-Rafiqa remain, now forming a park in the center of the city. The minaret was damaged during the liberation of the city, but the outer wall remains largely intact. During my visit in December, two teenagers were smoking cigarettes among the ruins of the mosque—unthinkable when ISIS was in control of the city. Freedom has its terrible price, however, and these two young men were a potent reminder: one was pushing the other in a makeshift wheelchair, his friend having lost both of his legs—whether from an American airstrike or an ISIS mine I didn’t ask.

Also remaining from Harun al-Rashid’s time in the city is Qasr al-Banat, literally the “girls’ palace.” Locals believe the name refers to al-Rashid’s daughters who may have inhabited the palace, but there is no written record of the name’s origin. Sitting inside the historic city walls, the palace was neglected and ISIS dug a tunnel from inside the site. The tunnel was presumably used for protection from airstrikes, but it has not yet been examined to see how long it is or where it leads.

Just west of Raqqa sits the site of Heraqla, also dating to Harun al-Rashid’s rule in the city. After defeating the Byzantines at Heraclea, Rashid built what is known as a mastaba—a flat, brick platform—which served as a monument to his victory. The platform is rectangular, with four iwans—vaulted entryways—on each side. Each iwan faced a gate in the wall that surrounded the structure. The sites of those gates are still visible, though just barely.