Reaching a Durable Peace in the Nagorno-Karabakh Conflict 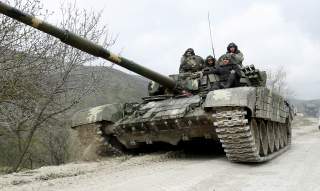 For instance, the recent active meetings between Armenian and Azerbaijani authorities are very welcomed as only dialogue can develop an atmosphere of trust that can transform into cooperation. On the other hand, it allows understanding both sides’ positions and red lines, which must be clarified.

However, only the presence of officials from Stepanakert at the peace talks can make the negotiations legitimate and allow for a drafting of a final framework for the peace settlement. Without the voice of the people of Artsakh, any agreement between Azerbaijan and Armenia can fail when it comes to the implementation on the ground.

At the same time, it is worth mentioning that compromise of some territories from Artsakh (as a concession for peace to Azerbaijan) will not improve but worsen the security architecture in the region by simply establishing a new status quo and creating new temptations for military activities. This would be reasoned by the violation of the current geostrategic parity and balance of powers on the ground.

The necessity of a long-lasting peace and durable security architecture should not be sacrificed to a short-term advantage, as it could prove much more serious security breaches in the future.

From this point of view, issues related to the status and recognition of independence of Artsakh is a cornerstone, as nothing interim, including the issue of the status, would be durable and long-lasting. As we saw in the past, it could provide a temptation and window for further manipulations, speculations, and escalations, even if international peacekeepers are sent in to the conflict zone.

The Armenian sides should make their objectives and red lines clear to both Azerbaijan and international community in the peace talks, including the inviolability of the fact that the people of Artsakh have a right to self-determination after the disintegration of the Soviet Union.

Still, what remains most puzzling is how the United States, Russia, and the European Union share the same approach towards this strategic and controversial region. However, what is more important is if they envision a collaborative regional security architecture being created with the participation of all sides, or another era of divisional geopolitics after “long-lasting” peace is achieved.

Provided the region’s importance for global stakeholders seeking power-projection capabilities, regional states should have the decisive word in the final peace configuration. Moreover, the level of collaboration and strategic thinking between those states will determine whether their final approach will create a long-term and durable peace in the South Caucasus, rather than a new status quo.

Ruben Elamiryan is a Visiting Fulbright Scholar at the Department of Near Eastern Studies at Princeton University. He is a lecturer at Russian-Armenian University and Public Administration Academy of Armenia. He holds a Ph.D. in Political Science.