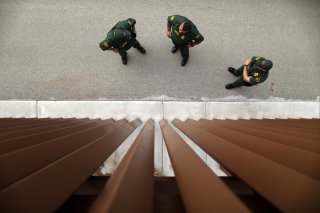 Glenn “Pinocchio” Kessler of the Washington Post asserts it is a “bogus” claim by Heritage Action that Democrats want to register “undocumented immigrants” to vote and denies that the automatic voter registration requirement in HR 1 will lead to that. He clearly doesn’t understand the practical problems arising from a voter registration system in which election officials do absolutely nothing to verify that individuals registering to vote are actually citizens.

Should anyone be surprised, though, when Kessler bases his assessment on the Brennan Center, a liberal advocacy group that litigates against any attempt by states to verify citizenship and that has tried to stop almost every attempt to reform the election process to ensure the security and integrity of elections?

Kessler dismisses as a minor problem the fact that the California Department of Motor Vehicles had to admit that, due to a “glitch,” 1,500 noncitizens (not one, as Kessler claims) may have been registered to vote in error through its new automatic voter registration system. What he fails to say is that California election officials didn’t discover this on their own; they only found out about the mistake after a Canadian citizen went to the Los Angeles Times and told them he had gotten a notice from the DMV telling him he had been registered to vote.

It’s notable that Kessler uses the politically correct term “undocumented immigrants” instead of “illegal immigrants,” which is another indication of his bias. How many of these people may have been automatically registered that California officials still don’t know about? This discovery was layered on top of mistakes made with twenty-three thousand other registrations by California officials, something else Kessler fails to mention. Reports indicate there were as many as one hundred thousand errors made by California’s automatic system in just the first year.

There is no way of knowing how many of these illegal immigrants may have become registered because California, as both a state that provides people with driver’s licenses and a sanctuary jurisdiction, has gone to extraordinary lengths to shield the information in its DMV files on the citizenship status of its licensees (and thus voter registrants). It won’t even provide that information to law enforcement authorities.

You wouldn’t know from Kessler’s analysis that “undocumented immigrants” registering and voting in California without detection by the state isn’t a new problem. An investigation by the U.S. House of Representatives of the 1996 election contest between Republican Rep. Bob Dornan and Democrat Loretta Sanchez concluded that literally hundreds of ineligible immigrants had voted in that election. That election wasn’t overturned because Sanchez squeaked by with just enough legal votes to win. But California election officials had no clue (or didn’t care) that hundreds of registered California voters were aliens. None were ever prosecuted, and California never took any steps to fix this security hole in its registration system.

Kessler also fails to mention that Illinois has had the same problem, with hundreds of illegal immigrants being registered because of a “technical glitch” in its new automatic voter registration system. Contrary to what you might hear from the Brennan Center, there sure are a lot of “glitches” occurring out there. Of course, Illinois is another sanctuary state that doesn’t actually verify citizenship when individuals register to vote and whose DMV’s shoddy practices allowed these immigrants to register to vote even before they implemented automatic voter registration.

Take Margarita Del Pilar Fitzpatrick, a native and citizen of Peru who registered to vote when she obtained an Illinois driver’s license and then voted twice. As in California, Illinois election officials didn’t detect this; the only reason we know about it is the investigation that occurred when she applied for U.S. citizenship. In fact, Kessler is apparently unaware of 52 U.S.C. § 20506(a)(5)(c), which specifically prohibits DMV officials—even when they know a license applicant is not a citizen—from “mak[ing] any statement to an applicant or tak[ing] any action the purpose or effect of which is to discourage the applicant from registering to vote.”

Kessler doesn’t mention Pennsylvania either, where another “glitch” in the state’s DMV system registered over eight thousand illegal immigrants to vote—without election officials realizing they had a problem until years later. And they didn’t even have an automatic voter registration system.

How often is that going to happen all over the country, given the long, extensive list of state and federal agencies subject to the mandate in HR 1—including public schools, which make it a point not to learn the citizenship status of their students? Just how accurate are their databases and how often are they going to make mistakes, or send information on to election officials when they are in doubt or when they don’t inquire about or really know the citizenship status of the individuals their agencies deal with, lest they be accused of trying to deny someone’s civil rights?

Local and state officials greatly fear such accusations and if they are in doubt, they will submit the registration rather than rock the boat and risk an accusation of having engaged in discriminatory behavior.

As to whether the Left and prominent Democrats want illegal immigrants to register and vote, which Kessler denies, one should ask why they are filing lawsuits against states like Kansas to stop new state laws that require those registering to vote to provide proof of citizenship. Why did Terry McAuliffe, the former head of the Democratic National Committee, when he was governor of Virginia, veto a 2015 bill that would have required state courts to simply notify county election officials when individuals called for jury duty from the voter registration list were excused because they were not U.S. citizens or felons?

The only possible reason for vetoing such a bill is because you want illegal immigrants (and felons) to be able to register—and do so without detection or prosecution.

Heritage Action said in its ad against HR 1 that the Left wants to pass the bill to register illegal immigrants to vote. It is quite clear that the sponsors of HR 1, their denials and bogus “fact checks” notwithstanding, fully expect that the automatic voter registration mandate will result in illegal (and legal) immigrants being registered. Why else would they include a provision (§ 1015(a)(2)) saying that an immigrant who is automatically registered as a result of this mandate cannot be “prosecuted under any Federal or State law, adversely affected in any civil adjudication concerning immigration status or naturalization, or subject to an allegation in any legal proceeding that the individual is not a citizen of the United States”?

The truth is, that America already has a problem with illegal immigrants registering and voting, as demonstrated by numerous reports and cases. Given the vulnerabilities and security weaknesses in the U.S. registration system, HR 1’s automatic registration threatens to make this problem much, much worse. Thus, The Washington Post’s claims to the contrary are deserving of four Pinocchios and a “pants on fire” for good measure.

Hans von Spakovsky is a senior legal fellow at The Heritage Foundation’s Meese Center for Legal and Judicial Studies, and Jessica Anderson is executive director of Heritage Action.