The Real Reason Donald Trump Could Be Impeached 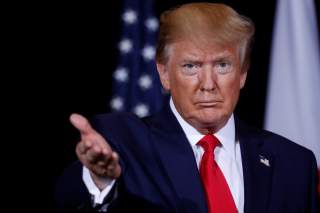 Beneath all the cant, what this scandal boils down to is Trump’s willingness to use all legal means at his disposal to strike at business-as-usual among the political elite, or at least the Democratic side of the political elite. (Then again, it’s not hard to imagine him treating, say, Mitt Romney the same way.) This doesn’t mean that Trump’s own business dealings are beyond reproach, but there are two important differences: the first is that Trump did not get into politics to make money; he made his money before he got into politics, and it’s doubtful whether politics has been beneficial for the Trump empire’s brand. A Joe Biden or a Hillary Clinton gets rich as a result of “public service”—as a result of getting to know figures like Jeffrey Epstein or Gulf Arab plutocrats or the occasional Ukrainian oligarch. Trump was elected on his own kind of anti-corruption manifesto, just as was Volodymyr Zelensky, the newly elected Ukrainian leader with whom he discussed Biden- and Clinton-related matters. America’s respectable political families don’t directly plunder the U.S. Treasury, instead they sell out American interests and get rewarded after they leave office—or through their children when they’re still in office—by grateful foreign gangsters and America’s own billionaire oligarchs. The policies these foreign interests and “global companies” support—from involving America in foreign conflicts to trade and immigration policies that keep workers’ wages down—are the very things that Trump campaigned against and was elected to reverse. What’s at stake in the Ukraine affair are not polite norms, universally valued, that Trump is trashing; what’s at stake is the moral criminality of elite policy and the people who make and benefit from it. However unlikely a champion of cleaner, morally Repulbican government Donald Trump may be, he is entirely correct to question the finances and foreign dealings of people like the Bidens. In another age, this would have been a crusade of the progressive left. In our time, it’s the cause of the nationalist right.