Is Realism's Home on the Right? 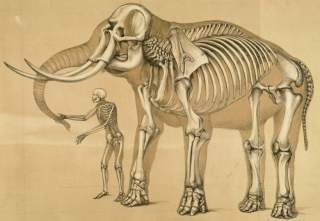 “Barely a month ago, there wasn’t even a plan” for dealing with the Islamic State, reports the Washington Post. President Obama had said in August that his administration didn’t “have a strategy yet.” With bombs now blasting the bearded beheaders’ bunkers, that strategy is still nowhere to be found—the Post catalogues an impressively diverse collection of tactics, yet no overarching theme. Micah Zenko has noted that the White House doesn’t even seem to agree with itself about what it is trying to do in Syria.

We’re being reminded, in other words, that Barack Obama is not a foreign-policy realist.

That’s hardly news. Obama’s allies have been eager to stick the “realist” label on him, but the president has only appeared to be a realist if one views “realism” as some midpoint between crusading interventionism and austere isolationism rather than a distinct tradition of foreign-policy thought rooted in a distaste for ideology and emotion and a belief that power is the primary force shaping international relations. In this vein, I argued in June that Obama’s “simultaneous antagonization of both Russia and China, the only two powers who could join the capacity to thwart America with a desire to do so” betrayed a dangerous obliviousness to the balance among the great powers. More recently, Paul J. Saunders charged the administration with strategic errors whose

consequences are less immediately visible than the Bush administration’s wars, but may prove more damaging over time...by accelerating dangerous changes in the international system that encourage challenges to U.S. leadership and to the world order the United States and its allies built in the aftermath of World War II. This, in turn, threatens America’s long-term prosperity and increases the likelihood of serious confrontations and even wars.

Elbridge Colby recently joined the fray in the pages of National Review, rattling off a string of Obama decisions that realists find suspect. In Syria, “no realist would so cavalierly draw a red line, especially over such a peripheral interest, only to do nothing when the line is crossed.” And a realist would not “have pursued the uneven, unpredictable, and often contradictory approach toward the ‘Arab Spring’ that this administration did...vacillat[ing] between a starry-eyed idealism about the prospect for a liberal revolution and a ham-fisted effort at realpolitik.” In Ukraine, says Colby, Obama “sleepwalked into a major conflict with Moscow over an interest few would construe as vital,” pursuing “an assertive strategy in Russia’s near abroad,” backed only by a fragile, euro-crisis-wracked NATO that hardly seems up to the task of staring down Putin. And the president has indifferently acquiesced to China’s growing assertiveness in the South China Sea—the world’s most vital sea lane.

Practical realism (like conservatism) denotes a persuasion more than a clear doctrine....In their policy prescriptions, realists tend to emphasize maintaining power and advantage, implementing a strategy to exploit strengths and mitigate weaknesses, pursuing the stable and satisfactory rather than the ideal, and sticking to the axiom that good fences make good neighbors.

If this sounds a good bit like what most people understand by conservatism, that is no accident. One can credibly argue that realism, with its Burkean focus on the achievable rather than the transformational and the prudent rather than the ideal, is nearly a synonym for conservatism.

In spite of this, realism’s conservative credentials have been under attack for some time. Neoconservatives—many of them former leftists and even former Communists—charged the realists with cowardice in the face of the enemy du jour, advocating for a confrontational and ultimately idealistic foreign policy. They successfully tapped into nationalist instincts in the Republican mind, and insinuated that those on the right who deviated from their line were blame-America-first, McGovernite softies at heart. Though the term “neoconservative” acquired a pejorative cast as the Iraq War began to fall apart, the neoconservatives adapted and survived, reducing their emphasis on grand adventures for democracy and increasing their emphasis on standing firm in the face of implacable foemen swarming in every corner of a world that is, in the words of one prominent neoconservative senator, “literally about to blow up.”

Politically, the neoconservatives have not always succeeded. Yet intellectually, they’ve won. The Republican Party now debates foreign policy on their terms, with those who advocate discretion in force and rhetoric falling under suspicion. Rand Paul, the latest prominent Republican politician to adopt the realist label, is regularly branded an “isolationist”—a historically ignorant charge, given the Kentucky senator’s support for free trade and for numerous international engagements besides. His opponents, meanwhile, proclaim their vision to be “internationalism,” as if theirs is the only way that America can be engaged abroad, as if the world’s largest economy, the world’s strongest military and a massive cultural influence would be worthless, were it not for regular volleys of cruise missiles and sanctions.

So while Colby is quite right that realism meshes nicely with philosophical conservatism, the outsized neoconservative influence on America’s main conservative party has called realism’s place in that party into question. Neoconservatism and philosophical conservatism come from different roots. Neoconservatism’s founding fathers abandoned the radical left, but many of them (though not all) retained radical characteristics when looking abroad, such as a faith that longstanding constraints can be transcended by reason and action, a belief in the universality of rationally constructed rights and the ultimate desirability of democracy in all societies, and, when they’re in a good mood, a belief that “an end to evil” is possible. Unlike more familiar radicalisms, neoconservative idealism often manifests not in a race for utopia but in a terror of dystopia. The traditional radical believes he can make heaven on earth; the neoconservative radical believes he’s the only thing stopping hell. The ideal still haunts the real and guides action within it.

Radicalism has not metastasized into every crevice of the neoconservative foreign-policy brain, as it has for many leftists. But the radicalism is still very much there. That’s why it’s at least plausible that philosophical foreign-policy conservatives might see the choice between Republican and Democrat as the choice of a lesser evil—and a choice about which reasonable people might disagree. Chuck Hagel and Bob Gates, both Republicans with realist streaks, have served in the Obama administration. Center-left Democrats like Jim Webb and Tim Kaine have shown realist instincts, too.

There are certainly radical trends in the Democratic foreign-policy discussion. One could fill a zoo with the many species of liberal hawk, from blue neoconservatives like Hillary Clinton to machine-gun-toting messiahs like Samantha Power. Still other Democratic activists want to internationalize their domestic agendas by, for example, pushing the world toward American norms about sexuality or gender roles. The maintenance and exercise of raw national power also makes many on the left queasy. More broadly, there’s lots of space in Democratic foreign-policy circles for those with the radical’s faith in reason, in the perfectibility of man, and in the ultimate importance of material factors over culture or ideas. Though many Republicans now look at the world abroad through lenses begrimed by radical idealism, philosophical foreign-policy conservatives who defect to the Democratic Party will often find themselves holding their noses. And, of course, few philosophical conservatives think the Democratic domestic agenda has much promise.

It’s good that the banner of realism got to fly in the reliably righty pages of National Review. The claim that Obama is a realist is an insult to realists, and the claim that realism has no place on the right is an insult to the right. But that Colby and others have needed to parry these charges is a reminder that realism’s place in the Republican Party is far less secure than in the days of Nixon, Eisenhower or the elder Bush, when realists ruled the roost. There is a crisis in the conservative congregation—and too many have turned to heresy.