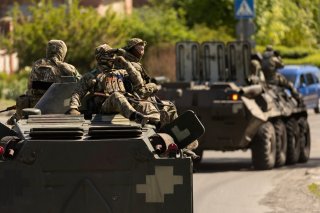 After attending the Paris Peace Conference in the aftermath of World War I in 1919, British economist John Maynard Keynes published The Economic Consequences of the Peace which criticized the terms of the Treaty of Versailles under which the victorious allies imposed unfair territorial adjustments on Germany and forced that defeated nation to pay punishing reparations.

The book influenced public and elite opinion on both sides of the Atlantic, where the perception that Germany was treated unfairly was seen by many thinkers and policymakers as the cause for what happened later: The economic breakdown of the German economy; the German people’s loss of faith in democracy; the rise of Nazism and Adolf Hitler; and eventually the collapse of peace in Europe and World War II.

While some historians have since challenged Keynes’ arguments about the harshness of the treatment of Germany by the allies, most agree that the Western powers had failed to establish a stable political and economic order in Europe after WWI and to integrate Germany into it, and in the process sowed the seeds of the next war.

But then Keynes didn’t respond to the rise of Nazism and the emergence of Germany as the leader of an international coalition setting to replace the order maintained by Britain and France in Europe, by providing excuses for Hitler’s aggression.

In fact, during the 1930s Keynes was an early advocate of British rearmament to help deter the revisionist powers of Germany, Italy, and Japan. And after Germany invaded Poland in 1939, he made no attempt to criticize Britain and France for failing to follow his advice and for negotiating the Versailles Treaty. Not did he argue that if only the Western powers had treated Germany differently in 1919 Hitler wouldn’t have attacked Poland now.

Instead, Keynes spent World War II advising the allies by sketching the shape of the postwar international order and the institutions that would maintain it, into which Germany would be integrated, and which would be based on the principles of just peace as opposed to the post-WWI Carthaginian peace.

While it’s true that the West didn’t impose on Russia a Carthaginian peace after the Soviet Union’s collapse, critics, including George Kennan, the author of the containment strategy, had warned at the time that the terms imposed by the United States and its allies would eventually ignite an anti-Western backlash in Russia and sow the seeds of another conflict.

More specifically, the expansion of the North Atlantic Treaty Organization (NATO), to include a united Germany and the former members of the Warsaw Pact as well as the Baltic states—and more recently the proposals that Georgia and Ukraine join the U.S.-led military alliance—was seen by many realist foreign policy thinkers in the West as posing a direct threat to core Russian national interests.

From that perspective, the Western embrace of an assertive Western political-military posture vis-à-vis Russia has supposedly justified the latter’s earlier military incursions into Georgia and Ukraine, which were compared by some to the kind of steps that the United States would take in response to potential threats in its strategic backyard.

But even realists who had called on the United States and NATO to accommodate legitimate Russian strategic interests in Ukraine, perhaps by allowing Russian control of Russian-speaking areas in eastern and southern Ukraine, were shocked when Vladimir Putin launched an invasion of a neighboring sovereign state.

As Anatol Lieven, a leading realist thinker and Russia expert put it, quoting Metternich, “The Russian invasion was worse than a crime—and undoubtedly it is an enormous crime—but it was also a blunder, because it wasn’t necessary from a Russian point of view.”

It’s legitimate to consider the ways that the United States could have appeased Russia and satisfied Putin, even accounting for his desire to expand Russia and apparent intention to turn Ukraine for all practical matters into a Russian protectorate.

But why would realists who condemned with their full intellectual power America’s invasion of another sovereign nation, Iraq, in the name of non-existent threats, and who mocked American leaders for predicting that the U.S. troops would be welcomed as liberators in Baghdad, treat with benign neglect the Russian attack on a country that Putin argues is led by a Nazi clique and whose people were expected to welcome the Russian military with open arms as it entered Kyiv?

And how exactly do Realpolitik assumptions discourage the United States and its allies from providing diplomatic and military support to the Ukrainians who are willing to fight and die defending their country against a foreign aggressor who makes it clear that its long-term strategy is aimed at challenging Western strategic interests and the status quo in Europe by employing military power?

One can ridicule President Joe Biden’s notion that the war in Ukraine is pitting an alliance of democracies against the forces of authoritarianism, in the same way that Putin’s suggestion that he was leading a fight against a decadent West is quite pathetic.

But that doesn’t change the fact that notwithstanding all the talk about a global democratic crusade, the United States and its allies are seeking to protect legitimate strategic interests in Europe much as they did during the Cold War, and that that policy enjoys as of now the support of the elites and publics in the West.

In that context, a debate over the long-term goals of Western policy in this war is clearly necessary. But the debate shouldn’t be over whether the United States has to support the Ukrainian fight against the Russian aggressors.

The debate should be over what are the limits on that Western support—ensuring that Ukrainian policies don’t lead to direct NATO military confrontation with the Russians—and at what point should the leaders in Kyiv be pressed to reach a diplomatic deal with Russia.

But there are no indications at this stage that Russia is interested in making such a deal, and until that happens there is no reason why the West should pressure the Ukrainians to surrender, even if such a policy proves to be costly in economic terms.

At times it seems that opponents of NATO’s policies are full of glee when Russia is scoring a win in the war and the Ukrainians are on the defensive. There is a certain irony in the fact that some of those projecting such an attitude, who almost seem to be wishing a defeat for the West, call themselves “conservative nationalists” and describe themselves as proponents of Realpolitik who supposedly are trying to safeguard the future of the West.

Realists are supposed to deal with the world as it is and not how it should have been if, say, the United States would have embraced a more accommodative approach towards Russia when the Cold War ended thirty years ago. If only.

It didn’t. But that doesn’t give Putin the right to challenge the status quo in Europe by violating basic international norms that include the principle of national sovereignty, even if the United States had violated the same principle in Iraq and elsewhere.

Instead of sketching the outline of what should have happened after the Soviet Union collapsed, foreign policy realists should try to propose some ideas about how to achieve a balance of power in Europe if and when the war in Ukraine ends, and now to do that in a way that this time would also secure Russian interests.

Leon Hadar, a geopolitical expert at RANE Network, a risk management consulting group, is the author of Sandstorm: Policy Failure in the Middle East.