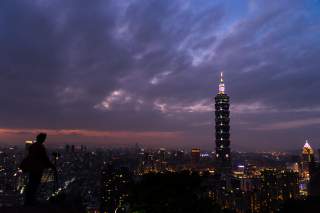 President-elect Donald Trump’s telephone conversation with President Tsai Ing-wen of Taiwan was a good first step toward rebalancing a trilateral China-Taiwan-U.S. relationship that has been increasingly defined by the People’s Republic of China. This trend does not favor U.S. interests in peace and stability in the Taiwan Strait: it will lead to either the successful Chinese coercion of Taiwan and thus forced unification, or to Taiwan lashing out. The “chat heard around the world” is consistent with U.S. cross-Strait policy as defined by three joint communiques with China, the Taiwan Relations Act and the Six Assurances that President Ronald Reagan provided to Republic of China president Chiang Ching-kuo.

While Trump and Tsai merely engaged in a courtesy call, higher-level engagement with Taiwan serves U.S. national interests and values. Let’s begin with the latter. The democratically elected leader of a longstanding U.S. friend deserves the opportunity to congratulate the president-elect, and much more. Since Tsai’s election in March 2016, Beijing ramped up its campaign of isolating and intimidating the island. Beijing will not engage in talks with her while squeezing Taiwan diplomatically. It has been trying to keep Taiwan out of every international institution that Taiwan has a right to join, from the World Health Organization to International Civil Aviation Organization. And Taiwan has to live with thousands of missiles aimed at it, daily coercive cyber attacks and the constant threat of Chinese uses of naval power menacing Taiwan’s economic lifelines. In this context, a phone call between Tsai and Trump is a very modest step toward providing Taiwan with some measure of dignity, respect and reassurance.

The United States has moral obligations to a successful democracy of twenty-three million people that has now experienced three peaceful transitions of power. Indeed, though the Taiwan relationship impinges upon important geopolitical considerations that must be adequately addressed, U.S. Taiwan policy should be embedded in a broader human-rights policy. The United States should do much more to enhance Taiwan’s sense of dignity and help amplify its role as a model of peaceful democratic transition and consolidation.

There are also sound strategic reasons to enhance our level of engagement with Taiwan. History shows that when Taiwan feels isolated it takes actions that destabilize the Strait. In the 1980s, after the shock of the United States breaking formal diplomatic ties, Taiwan pursued nuclear weapons. In the early part of this century, Taiwan’s president pushed harder for de jure independence. The United States was caught flat-footed precisely because communications between Presidents Chen Shui-bian and George W. Bush were nonexistent. There are reasons why presidents talk to one another directly. In the Bush-Chen case, the two presidents’ attempted messages to each other were distorted by bureaucracies, leading a downward spiral of mistrust.

It is axiomatic that a U.S. president should have available to him all the tools of statecraft—particularly when it comes to the strait, where the stakes are so high. Beijing may officially and publicly object to any form of high-level engagement, but privately Chinese leaders knows they they benefit from more U.S. high-level engagement in the strait. The Chinese have no interest in a return to the surprises of the Chen Shui-bian years. Moreover, since Xi Jinping has already set a new precedent by meeting with then ROC president Ma Ying-jeou, the United States should follow suit, at least through telephone calls. Cross-Strait stability is best served if all three parties are talking as much as possible, at all level of government.

Moreover, given the substantial American interest in Taiwan’s defense, the U.S. president and his top national-security officials should be more engaged and better informed about the state of the bilateral defense relationship. Indeed, Americans would likely be outraged to learn that even though the U.S. military could be called upon to help Taiwan defend itself, U.S. policy has prevented the commander in chief from talking to his counterpart in Taiwan.

To be sure, the United States has a One China Policy. But the kerfuffle over the president-elect’s call has demonstrated an unfortunate lack of knowledge about what the policy means. It is actually simple: the United States will not recognize moves to create two Chinas unless Taiwan and China have come to an agreement about their sovereignty dispute.

The policy is best seen as a constant negotiation and sometime power play over who defines the U.S. approach to Taiwan. Through the history of the normalization process with the PRC, the United States has been clear that it views Taiwan’s sovereign status as unsettled. That is, the United States “acknowledges” that China believes it is the sole legitimate representative of all Chinese on both sides of the strait. But that does not mean the United States accepts that position. Some argue that dual recognition of the governments of Taiwan and China at the United Nations is in keeping with a One China policy, just as dual recognition of two German governments did not prejudge the outcome of the German question. That was certainly the approach of then ambassador to the UN George H. W. Bush under President Richard Nixon.

The United States has always wanted maximum flexibility in its relations with both sides of the strait, and the ambiguity of the One China Policy has allowed for robust U.S.-Taiwan relations, much of which is codified in the Taiwan Relations Act. The much-discussed “precedents” and “protocols” in the three-way relationship change all the time. For example, Ronald Reagan wanted to reverse President Jimmy Carter’s understanding of the U.S. relationship with Taiwan, and invited Taiwan officials to his inauguration. He also wanted to mitigate the damage his own his first secretary of state had done in formulating the third joint communiqué, which implied that the United States would reduce arms sales to Taiwan. Reagan sent Taiwan’s President Chiang “the Six Assurances,” which included a promise not to let China weigh in on what arms the United States sells to China.

China has successfully pushed back against many of these moves. It has done so through its propaganda and political warfare efforts that have clearly had some success in convincing many informed Americans that any new initiative in the U.S.-Taiwan relationship is “provocative” and an abrogation of Sino-American understandings.

This effort is unrelenting; the Chinese take advantage of any lull in U.S.-Taiwan relations. If an arms sale isn’t made, Beijing argues to Washington that a new precedent against that particular weapon had been set. Though Taiwan is a member of the World Trade Organization and has every legal and political right to negotiate a free-trade agreement with Washington, Beijing argues that the absence of an FTA is proof that there is precedent against it. It is little surprise that Beijing argues strenuously for its interests. What is surprising is that some informed Americans make these same specious arguments. China’s unceasing attempts to define how we relate to Taiwan must be matched with our own efforts to do the same.

There is, of course, a deeper and more complicated set of questions regarding the utility communiqués drafted during the Cold War when an authoritarian Taiwan still claimed to rule “all of China.” A democratic Taiwan has long abandoned the claim that it represents “all Chinese across the Strait.” It is hard to think of another set of relationships still governed by joint communiqués from the Cold War era. But Trump’s call did not raise these questions. It was in keeping with all presidents’ attempts to define how they want to deal with Taiwan.

Some more context on China’s sensitivities over whom U.S. presidents call and meet with is useful. Beijing objectives to our engagement with at least two Nobel Peace Prize winners, religious leaders including the Dalai Lama, renowned artists, historians and a group of mothers who merely want an accounting of what happened to their children in June 1989. Let’s hope Trump continues to “break precedent” and engages with those fighting for freedom in China.

It is the height of cynicism to view U.S. relations with Taiwan and China in zero-sum terms. We can have good relations with both sides of the strait. The good news is that the Sino-American relationship has matured and has a solid foundation. Ironically, the people who seem willing to take the Tsai-Trump call in stride are Chinese Communist Party leaders. It appears that China is prepared for the United States to a return to strenuous advocacy on behalf of its interests and values. China will doubtless do the same. The work of diplomacy will be managing our differences, including on Taiwan, in ways that do not lead to conflict.

Dan Blumenthal is the director of Asian Studies at the American Enterprise Institute, where he focuses on East Asian security issues and Sino-American relations. Randall Schriver is President and Chief Executive Officer of the Project 2049 Institute. He is also a founding partner of Armitage International LLC, based in Arlington, Virginia, and a senior associate at the Center for Strategic and International Studies, in Washington, DC.