A Really Bad Idea: A 'Limited' War with Iran 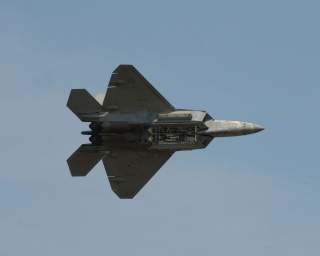 American hawks are fuming about the agreed framework regarding Iran’s nuclear program.

The public announcement of the diplomatic breakthrough had barely occurred when the usual suspects mounted a new campaign to undermine the accord. Bill Kristol, editor of the flagship neoconservative magazine The Weekly Standard immediately published a “special editorial” urging Congress to kill the agreement.

Outspoken congressional hawks, including GOP Senators Tom Cotton and Lindsey Graham, made it clear that this was their objective as well.

Kristol, Cotton, and Graham are not reticent about the alternative they prefer. Unless Tehran is willing to capitulate on the nuclear issue, renouncing any right to uranium enrichment and dismantling all aspects of its nuclear infrastructure, those hawks and their ideological allies favor resorting to military action.

Indeed, it appears that even such unrealistic demands regarding Iran’s nuclear program are little more than a pretext. When pushed even slightly, the neoconservatives bring up other, unrelated demands. To avoid a U.S. military assault, Tehran would apparently have to end its support for Hezbollah and other clients, greatly improve its domestic human rights record, and recognize Israel. The chances of an Iranian government accepting any of those demands, much less all of them, are midway between slim and none.

If the congressional hawks and their allies in the foreign policy community and the conservative news media have their way, war with Iran would be inevitable. But as such beaters of war drums contend, this is not a cause for worry, as the resulting conflict would be a strictly limited affair.

That assumption comes through explicitly or implicitly in numerous hawkish statements.

In a March 25 debate at the Center for Strategic and International Studies, Georgetown University Professor Matthew Kroenig, emphasized that he merely proposed air strikes, not U.S. boots on the ground. John Bolton, former U.S. ambassador to the United Nations, in a New York Times op-ed cited Israel’s 1981 attack on Saddam Hussein’s Osirak reactor in Iraq or its 2007 destruction of a Syrian reactor, designed and built by North Korea, as models for U.S. action. Since those attacks did not lead to a wider war, Bolton blithely assumed that air strikes on Iran’s nuclear facilities would not do so either.

Senator Cotton, though, provides the most detailed, enthusiastic brief for limited war.

“Even if military action were required,” he fumed, “the president is trying to make you think it would be 150,000 heavy mechanized troops on the ground in the Middle East again as we saw in Iraq. That's simply not the case,” Cotton stated confidently in an early April interview. “It would be something more along the lines of what President Clinton did in December 1998 during Operation Desert Fox. Several days of air and naval bombing against Iraq's weapons of mass destruction facilities.”

Matt Pelak, a Fellow at the Truman National Security Project, underscores a key weakness in Cotton’s facile argument. “The problem with this analogy is that Desert Fox hardly stopped Republican calls for further intervention in Iraq. Only days after the operation, the Project for a New American Century, headed by Cotton’s mentor Bill Kristol, released a memo that made their position abundantly clear: ‘Now that the dust has settled from the 70-hour aerial attack on Iraq, it has become clear that the only solution for the threat Iraq poses is to remove Saddam.’”

The Iranians have absorbed that history as well, and they are unlikely to be lulled into the illusion that U.S. hawks would be content with a limited blow to Tehran’s ambitions and capabilities.

But that’s hardly the only fallacy in the hawkish argument for limited war. Saddam Hussein’s Iraq was a far weaker power than today’s Iran—especially after its devastating defeat in the 1991 Persian Gulf War. Saddam was in no position to strike back effectively against the United States. Indeed, in the years leading up to the 2003 invasion, most indications were that he was desperately trying to avoid another confrontation with Washington and simply hang on to his precarious domestic perch. Iraq was an isolated, defeated, demoralized power.

Iran most definitely is not. Indeed, in part because Washington obligingly removed the main regional strategic counterweight to Iran by ousting Saddam, Tehran’s power and influence has been on the rise for the past decade. It has significant allies and clients in the region, especially among its Shiite brethren. Hezbollah is the most notable one, but pro-Iranian elements in Syria, Yemen, and Bahrain are not trivial assets. Tehran could make life in the Middle East even more miserable for the United States than it is currently, and the clerical regime would have every incentive to do so in response to air strikes on its nuclear installations.

The main fallacy in the professed hawkish case for limited war is that the United States would be in complete control of the escalation process. The reality is that Iran could greatly escalate the military confrontation. And one cannot imagine people in Congress like Tom Cotton, John McCain, and Lindsey Graham (or the warhawk contingent in the news media) keeping their cool and adhering to a limited war agenda if Tehran or its clients retaliated by attacking a U.S. ally in the Middle East—much less if such an attack killed Americans.

The instant that such an incident occurred, the current proponents of a limited war would demand a full-scale U.S. military campaign to overthrow the Iranian government. And at that point, we would be in a new Middle East war that would make the Iraq and Afghanistan conflicts look like minor skirmishes.

It’s not clear whether the hawks cynically assume that the American people are gullible enough to believe that it would be easy to keep a war with Iran strictly limited, or whether they actually believe their own propaganda. If the former, they are being even more dishonest than they were in the lead up to the Iraq War. If the latter, they are engaged in dangerous, delusional thinking.