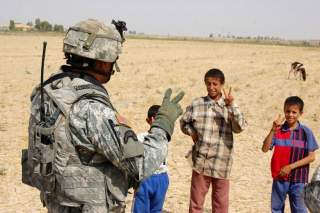 The government of the United States has faced unusually severe threats to national security over the past year. These events, of course, are not independent of one another. Rather, they form part of a path of reinforcing experiences that have encouraged boldly assertive actions that seem contrary to American interests in the Middle East, in the East and South China Sea and most especially in Ukraine. We set out here how these developments are interrelated and how corrective action might be taken through unilateral, nonmilitary shifts in policy, especially energy and environmental policy.

To understand the proximate origins of many of the challenges to American security interests, it is useful to begin our discussion with the summer of 2013. President Obama had earlier declared that if Bashar al Assad’s government used chemical weapons against his opposition, that would be a “game changer.” After it became clear that he had used such weapons on a large scale, an idea was set out (seemingly by Vladimir Putin, but we cannot be sure) that Assad would surrender his chemical weapons for destruction by the United Nations. The moment of that proposal created an opportunity to learn about Putin’s sincerity and Obama’s resolve.

Shortly after the proposal that Assad should surrender his chemical weapons was vetted, the French government suggested that it was the right time for a UN Security Council resolution that would authorize force if Assad failed to comply with the UN’s timetable for surrendering his chemical-weapons capability. The French proposal provided an opportunity to learn a great deal about Putin and Obama’s approaches to security matters. If Putin’s position in support of the timely surrender of Assad’s chemical weapons was sincere, then he had no reason to oppose the proposed Security Council resolution, since the contingent event—failure to comply with the timetable—was, given Russian leverage with Syria, unlikely to arise. So, when he rejected the French idea, he clearly signaled that he either was not committed to the agreement with Syria, lacked leverage with Assad (which seemed and seems implausible) or that he was interested in exploring President Obama’s resolve.

President Obama had the choice of insisting on going ahead with the French proposal or, seeing that Russia’s president would veto it in the Security Council, seeking a weaker alternative. To be sure, going ahead would have virtually guaranteed a Russian veto, but then the political cost associated with the veto would have fallen on Vladimir Putin and his government. Russia likely would have been perceived as having crushed a credible means to enforce the agreement with Assad, something favored by virtually all of the international community. Had President Obama shown himself prepared to induce such a veto, he would have exposed President Putin’s weak commitment to the arrangement while signaling that the U.S. government was committed to a deal with teeth. Conversely, the decision to seek a weaker alternative meant that Obama was unprepared to risk the very modest political cost associated with further irritating Putin over Syria. By not insisting on the French proposal, the message conveyed by the government of the United States was that it was almost certainly unwilling to endure greater political costs in a future situation if the associated expected benefits in such a situation were not much bigger than they were in the Syrian chemical-weapons case.

How might President Putin, then, have interpreted Obama’s decision not to push Russia into exercising its veto in the Security Council? A plausible interpretation is that Putin believed he was free to undertake any foreign-policy adventure that would have been costlier to Obama than pressing on the Syrian case and, voila, the near abroad leaps to mind as a place where Putin likely believed he had a free hand.

Similarly, the Chinese government is likely to have looked upon the U.S. response in the low-cost situation of Syria and concluded that it had a freer hand—complicated by stronger U.S. commitments to some of the states challenged by China in the South and East China Sea (friends such as Japan and the Philippines)—to push its claims to the Senkakus, the Scarborough Shoal and the Spratly Islands. It followed by asserting that it could restrict air traffic over ocean waters not previously considered its air space. Only later, when its domestic economic situation became difficult, did it agree to disagree with Japan over the Senkakus with the other island disputes remaining mostly still on the table.

So we see that the signal of tolerance for costs may have produced a cascade of exacerbated policy problems. How might they be solved? President Obama has called for ideas that do not turn quickly to the use of force, and we offer just such ideas here. We begin with the difficult situation in Ukraine.

In Ukraine, the United States has not done enough to encourage change by the government in Kiev so that Russian Ukrainians prefer to be Ukrainian rather than Russian. There are several easily implemented changes that could be adopted, but so far have not been: The creation of an institutional structure of judicial independence is needed, because the Ukrainian judiciary is too closely tied to the government and partisan preferences. Longer judicial terms would go a long way toward freeing judges from being politically beholden. Selection of judges based solely on their legal skills would also encourage confidence that the rule of law is in place in Ukraine.

Additionally, we should acknowledge that Ukraine’s electoral rules favor pro-European voters. Modifying voting rules is especially tough, of course. Those already in power don’t want to make changes that put them at a heightened risk of political defeat. Still, Ukraine’s incumbents may be willing to take the risk of electoral change, because they are probably even more likely to lose office if they preside over the loss of Ukraine’s economically critical east. Fixing the voting problem is also difficult, because redesigning institutions is no guarantee that bias will be blocked. Hence, we might encourage the establishment of an independent panel of experts to help Ukraine create a voting structure that more fully translates each vote into approximately equal influence over the selection of legislators and national government leaders.

Ukraine, as it has painfully experienced, is highly vulnerable to lost energy resources—especially natural gas—from Russia. This risk of lost access to energy creates an opportunity for the U.S. government, because it is in a position to be a substitute gas market if the necessary infrastructure for shipping liquid gas in great volumes is put in place. The importance of putting that infrastructure in place, indeed, will prove to be a recurrent theme here, because it is the single most straightforward, nonmilitary means of strengthening American and Western European interests, while also encouraging the Russian government to look inward to diversify and bolster its own economy.

To see the importance of energy policy in stabilizing the international environment, let us consider how best to resolve the disputes in the South China Sea peacefully. Despite claims of nationalism and sovereignty as the central issues, a big part of each of the disputes is potential oil and natural-gas resources in the deep water off of the islands and atolls. The United States could be a neutral mediator to design agreements for long-term shared revenue between the contending parties (China and Japan over the Senkakus; the Philippines and China over Scarborough Shoal; and so on), since U.S. oil companies have the technology to extract the resources and none of the antagonists currently have sufficient technology to extract efficiently. Of course, no oil and gas company will explore, develop and produce without sovereignty or shared administration being worked out first—hence, the need to mediate some trades between shared future revenue streams and administrative control over the islands.

Some important progress has already been made in the South and East China Sea disputes. The Philippine government has referred their case, without China’s endorsement, to the International Court of Arbitration. Since one government referred the case and the other refused to participate, it is a good bet that China believes its legal case is weaker than its potential to coerce its way onto the Scarborough Shoal. An agreement to share revenue flows, properly constructed to ensure long-term viability, coupled with an agreement over the division of administrative control could satisfy both claimants.

Similarly, we can see that Japan and the Republic of Korea have thus far not referred their dispute over Dokdo/Takeshima for international adjudication. An alternative to the risks of such adjudication is to negotiate a revenue-sharing arrangement on any future wealth generated by the next-generation energy resources in exchange for agreement on administrative control or sovereignty. Indeed, this seems like a viable, practical and peaceful means to settle each of the disputes in the East and South China Seas.

In Europe, dependence on Russian oil and gas reduces the willingness of key governments to sanction Russia significantly. If, however, the United States opens itself up to exporting its natural-gas and -oil production (which currently is quite limited) and builds the infrastructure to deliver in massive quantities, Russia will face stiff economic competition and even deeper drops in energy prices. That will compel the Russian government to look into ways to diversify its economy, which will probably result in the necessary emergence of counter-elites to Putin and the government-controlled oil and gas industry. Such competitive economic pressure may well nudge Russia in a more responsive and accountable direction as a government, while simultaneously bolstering the U.S. economy, reducing further our already weakened dependence on foreign energy and stabilizing longer-term relations between Russia and Europe, as well as Russia and the United States.