Redefining Iran’s Role in its Latest ‘Shadow War’ Against Israel 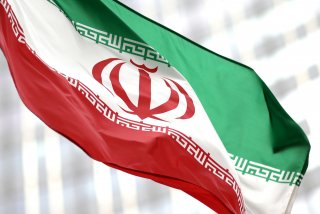 “This man filled the hands of the Palestinians . . . He did something so that they can stand, so that they can resist,” Iran’s Supreme Leader Ali Khamenei said. That’s how he chose to honor Qassim Suleimani, the slain former commander of the notorious Islamic Revolutionary Guard Corps Quds-Force (IRGC-QF), mere days after his death.

During the latest cycle of violence emanating from the Gaza strip, Tehran’s Palestinian proxies—Hamas and Palestinian Islamic Jihad (PIJ)—showed exactly how “full” their hands were by reportedly launching forty-three hundred rockets at the Jewish state. These rockets traveled longer distances and in larger volleys than ever before. Indeed, the rate of fire from the latest iteration of fighting far outpaced the last war, which also featured an estimated four thousand rockets but took place over seven weeks in 2014. Although not every weapon fired was of Iranian origin, the Islamic Republic remains the most important foreign supporter of Gazan long-range strike capabilities.

Lest we forget, the Islamic Republic is a revolutionary regime aiming to export its political model and alter the regional strategic balance in its favor. Creating, cultivating, and co-opting proxies and terror groups is only one aspect of this policy. The other is arming, training, and funding them. Major impediments to Tehran’s grand project have long been the U.S. force presence in the region, far-reaching economic sanctions, and the existence of highly motivated, militarily capable, and Western-aligned actors like Israel, with whom the Islamic Republic harbors deep ideological and political enmity.

But this is only putting it mildly. After all, Tehran has flight-tested missiles with genocidal slogans against Israel painted on them and used Jewish symbols for missile target practice.

The founding father of the Islamic Republic, Ayatollah Ruhollah Khomeini, established his revolutionary regime on anti-Israel footing from the very beginning, calling upon Iranians and Muslim nations to work together towards Israel’s destruction. Khomeini’s successor, Khamenei, has called Israel a “cancer” and in 2012, went so far as to admit that Iran would “support and help any nations, any groups fighting against the Zionist regime across the world.” Iran has long used its support of the Palestinian cause as a way to champion its bid to lead the Muslim world and compete with the likes of Turkey and Saudi Arabia. The Islamic Republic’s ongoing support to Hamas and PIJ, as well as their offshoots, are therefore entirely consistent with Khamenei’s proclamation and Khomeini’s founding message.

Although Hamas and PIJ benefit from several foreign sources, Iran remains the most important given its anti-status quo foreign policy, demonstrated proliferation capabilities, and overall ideological motivations and strategic intentions. Iran-backed groups in the region, such as Lebanese Hezbollah, understand Tehran’s value-added in the latest fighting, as do other Palestinian terror groups, which have felicitated Iran’s Supreme Leader. Recently, a commander in the pro-Iran Popular Mobilization Units (PMUs) in Iraq opined on social media, “On every missile [rocket] that leaves dear and honorable Gaza for the victory of Quds, there are the fingerprints and signatures of our martyred commanders,” implicitly praising Iran’s Suleimani and his Iraqi counterpart, Abu Mahdi al-Muhandis. Months earlier, PIJ’s Secretary-General touted that, “With the capabilities at hand today, Gaza can confront Israel for a prolonged war. This expertise did not come from nowhere. They are the result of a great effort by Hajj Qassem [Suleimani] to enable [the Palestinian] fighters to reach that goal.” Here, the praise of Iran’s proxy groups mirrors that of its patron.

Iran’s material support to Palestinian groups has traditionally consisted of rockets, anti-tank weapons, mortars, rifles, mines, and other explosives—all of which have been intercepted in the past—and is well known. Most of this support stems from Iran’s own arms industry. Tehran has a robust rocket production capability dating back to the Iran-Iraq War, where the father of Iran’s missile program reportedly learned to develop Katyusha rocket launchers indigenously. In the 1990s, Iran benefited from significant Chinese support for its burgeoning missile and rocket program through the dual-use trade as well as assistance with solid-propellants, which rockets employ. Evolution in propellant production and technology, as well as guidance and control systems led Tehran to transform longer-range rockets into battlefield-relevant solid-propellant ballistic missiles. Currently, Iran is engaged in a project to turn Lebanese Hezbollah’s rockets into missiles, as well as upgrade its decades old artillery rockets with precision-strike capabilities.

Iran’s regional proxies have benefitted substantially from these competencies. Hamas now employs suicide drones which look similar to other Iran-provided loitering munitions that can be found in the hands of Houthi rebels in Yemen. Hamas’s present rocket arsenal includes Fajr-3 and Fajr-5 rockets from Iran and M-302 rockets from Syria. They also possess a slew of other domestically manufactured but assumedly foreign-inspired rockets like the Katyusha, the Qassam, the Grad, the Sejjil (not to be confused with the Iranian two-stage solid-propellant ballistic missile), the R-160, the J-80, the A-120, and the latest and longest range rocket in its arsenal, the Ayyash, which can travel a reported 250 kilometers and was recently fired towards Eilat. Iran has also provided Hamas with the Kornet anti-tank missile, but Hamas also boasts anti-tank and anti-aircraft weapons from Libya, as well mortars. PIJ is believed to have similar capabilities to include a 107-millimeter rocket known as the Fajr-1, the Fajr-3/5, the Grad, and the more recently produced Badr-3 rocket, which was unveiled in the Iranian press in 2019 and recently fired at Ashkelon. A PIJ official recently used a social media account to thank Iran for the Badr-3.

Given the blockade on Gaza, Tehran has spent the past decade finding new routes to continue trafficking arms. A recent Israeli report attests that starting in 2006, Iran was supporting Hamas through a diverse set of supply routes ranging from Sudan to Yemen. Iran’s past use of Sudan as a jurisdiction to produce and store arms for eventual transfer to the Levant makes it sound like another well-known Iranian staging ground: Syria. In 2014, the deputy commander of the IRGC Aerospace Force (IRGC-AF) called the Syrian regime “a good bridge” between Iran and “the resistance in Lebanon and Palestine.” More recently, a former deputy Iranian foreign minister claimed that American interest in Syria after the Arab Spring was driven by Syria’s potential to be a “missile transfer location” for the “resistance.”

However, there have been more significant changes in Iran’s arms proliferation strategy than new routes. Tehran has been moving to prioritize domestic rocket, missile, or drone production in jurisdictions where it has previously transferred whole systems. This is true for Syria, Yemen, Lebanon, and the Palestinian territories. These changes reveal responsiveness to external stimuli, a desire for a sanctions-resistant and cost-effective security policy, and an ability to transpose lessons from past conflicts across multiple theaters. Bluntly, the success of this strategy will mean that detecting Iran’s hand in future conflicts may not be so easy as seeing whole systems from Iran’s arsenal—as in this case, the Fajr—appear in the hands of Hamas, PIJ, or other terror groups. The Islamic Republic is keen to avoid another “made in Iran” moment as occurred with earlier missile transfers to the Houthi rebels in Yemen.

During past rounds of fighting, such as in 2014, Iranian officials claimed that they did not proliferate rockets to Gaza, but rather supplied Gazans with relevant rocket know-how. In 2012 however, Iran reportedly admitted to proliferating the Fajr-5 to Hamas, which has since been domestically produced under the moniker, M-75. Both systems are capable of traveling seventy-five kilometers. In Iran, the Fajr family of rockets has been upgraded several times to include increases in range, warhead weight, and even an alleged guidance capability. It is unclear if these newer variants have made their way into the Palestinian arsenal.

As Iran works to make its proxies more militarily self-sufficient, opportunities for weapons interception will be reduced and claims of attribution against Tehran will become harder. This is likely to blunt the impact of any future foreign pressure policy and instead foster “analysis paralysis” among experts. It also means that absent any evidence of design similarities, or better yet, Iranian components found in debris or wreckage, the next best thing analysts and policymakers may have to go off to discern Iran’s hand abroad are regime capabilities and intentions. To that effect, in January, the commander of the IRGC-AF, Amir-Ali Hajizadeh, bragged that “Gaza and Lebanon are on the frontlines of this war, and whatever you see in terms of missile [rocket] capability in Gaza and Lebanon has taken place with the support of the Islamic Republic of Iran.” Earlier in 2014, Hajizadeh’s deputy likened Iran’s support for local production to teaching a man to fish. “The policies of the Islamic Republic in supporting the resistance forces and the resistance front are to empower them to manufacture and produce their own products,” he added.

Shifts in posture, to include self-sufficiency, should not be surprising for scholars of the Iran threat network. When tough international sanctions were levied against Lebanese Hezbollah’s patron in the mid-2000s, the group deepened its involvement in narcotrafficking operations to offset the economic strain on Iran. More recently, according to the Israeli Defense Forces, Iran has shifted to trafficking smaller components and other systems across a land corridor in the Middle East when it failed to transfer entire systems. Iran has also bragged about building missile factories in Syria, some of which have been exposed or went up in smoke due to Israeli airstrikes. But Tehran has not been deterred. Adaptability is one reason why forty-one years on, the Islamic Republic continues to pose a potent regional threat.