Reducing the Role of Nuclear Weapons Will Make America Safer 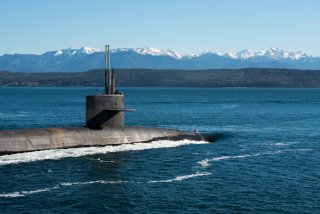 Nuclear weapons have not been used in more than seventy-five years, but the possibility they could be used is rising due to tensions among nuclear-armed states, advances in technologies such as cyber that introduce new avenues for miscalculation, and the erosion of arms control and other measures that limit nuclear competition and paths to conflict.

The president must also review the $1.5 trillion nuclear modernization effort to consider whether all programs now underway are required to meet his policy objectives. He should cancel the proposed nuclear sea-launched cruise missile—a system that would be highly destabilizing. The largest yield nuclear bomb in the U.S. arsenal, the forty-year-old B83 designed to be delivered by aircraft, was slated for elimination by the Obama administration, but revived by the Trump administration. It should be retired. Whether and when to replace the current intercontinental ballistic missile force with a new missile, the Ground-Based Strategic Deterrent, also merits close examination.

The president should take immediate steps to reduce the risks of nuclear use, including by miscalculation or inadvertent actions, and to reassure the American people as well as other countries regarding U.S. processes and procedures. He should put guardrails around the sole authority of the president to authorize a nuclear strike by establishing procedures providing for, time permitting, consultations with key members of the cabinet and with congressional leaders, should such a contingency arise. He should order a “failsafe review” of U.S. nuclear weapons and command and control and warning systems to ensure they are continually hardened against cyber interference that could lead to the unintended or miscalculated use of a nuclear weapon. The review should consider other steps to protect against unintended failures of the systems and procedures in place to ensure that they will operate correctly and only as intended.

Biden must also define his objectives for U.S.-Russian and U.S.-Chinese nuclear relations. The United States and Russia possess more than 90 percent of the world’s nuclear arsenals, and nuclear arms competition and the risk of conflict between these nuclear superpowers persists. While the president was wise to extend the New START Treaty with Russia through 2026, now our two countries have only a few years to negotiate a new set of agreements to maintain verifiable limits on U.S. and Russian strategic nuclear forces beyond 2026. Such agreements must also address other types of nuclear weapons and strategic non-nuclear capabilities. The posture review should enable further nuclear limits and reductions with Russia to enhance security for the United States and our allies.

As for China, its nuclear arsenal is growing but currently less than one-tenth of that of the United States or Russia. The review must assess the near and longer-term implications of China’s nuclear modernization. But it would be a monumental mistake to determine that China’s nuclear program today precludes the United States from pursuing limits and reductions with Russia in a successor agreement to New START. To the contrary, China is more likely to engage in multilateral arms control once the United States and Russia have further reduced their arsenals. As a priority, the United States should pursue crisis management, risk reduction, and strategic stability dialogue with China. Near-term steps to reduce the risk of conflict, to better understand each side’s security concerns, and to discuss concerns including questions about China’s nuclear policies and plans, will provide the foundation for future risk reduction, confidence-building, and arms control measures.

The president’s focus and leadership are essential to ensuring that the Nuclear Posture Review reflects his priorities and his deeply held views on the role and future direction of nuclear weapons in U.S. and global security. Our world—and his legacy—depend on it.

Lynn Rusten is Vice President of the Global Nuclear Policy Program at the Nuclear Threat Initiative. She has held senior positions at the U.S. Department of State and the National Security Council.