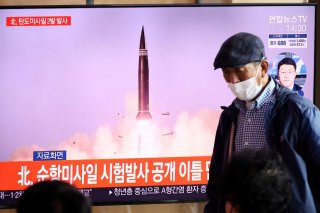 According to President Joe Biden’s Interim National Security Strategy issued in March, the United States “will take steps to reduce the role of nuclear weapons in our national security strategy, while ensuring our strategic deterrent remains safe, secure, and effective and that our extended deterrence commitments to our allies remain strong and credible.” Biden believes “that the sole purpose of the U.S. nuclear arsenal should be deterring—and, if necessary, retaliating against—a nuclear attack.” But many U.S. officials believe that a deterrent threat can be ineffective unless military plans and capabilities are prepared to exercise that threat. A U.S. Nuclear Posture Review (NPR) underway will examine these issues.

Some deterrent threats are just that—just threats, without a plan, capability, and/or will to execute the threat. The fallacy of such an approach has been recognized for centuries: Roman general Vegetius wrote: “If you want peace, prepare for war.” Deterrents need to be real, well thought out, and announced.

To execute the threatened retaliation against North Korea and destroy the Kim regime, the 2018 NPR says that the United States will have to destroy its multiple hardened, deeply buried command-and-control facilities. These are “beyond the reach of conventional explosive penetrating weapons and can be held at risk of destruction only with nuclear weapons,” according to a 2005 National Academies study. Thus while the 2018 NPR did not say so directly, it implied a commitment of a U.S. nuclear attack to destroy the North Korean regime should it use any nuclear weapon against the United States or its allies.

But would a U.S. president do so? If we assume there are five or more of these hardened and deeply buried bunkers, destroying all of them would likely require the United States to use ten to twenty-five nuclear weapons, potentially causing extensive collateral damage in the North. Would a U.S. president do that if, say, North Korea detonated a single nuclear EMP burst against South Korea that damaged electronic systems and killed just a few people? Does the United States also need a separate, proportional deterrent against such limited North Korean nuclear weapon attacks, as required by international law?

In addition, the United States currently has no declaratory deterrent against North Korean chemical and biological weapon use if the North decides to invade South Korea. Instead, U.S. experts usually say that even with the use of these weapons, North Korea cannot defeat the Republic of Korea (ROK)/U.S. alliance. But would North Korea be so heavily invested in these weapons if it thought otherwise? Many of my ROK colleagues worry that unless the United States poses a nuclear retaliatory threat against North Korean use of any form of weapons of mass destruction (WMD), North Korea will not be deterred from chemical and biological weapon use.

Finally, the Interim National Security Strategy seeks to keep U.S. extended deterrence—and especially the U.S. “nuclear umbrella” component of extended deterrence—strong and credible. But U.S. assurance of its ROK ally could have been weakened by a combination of former President Donald Trump’s “America first” policy, the U.S. abandonment of Afghanistan, and the U.S. inability to rein in North Korea’s efforts to produce long-range missiles and nuclear weapons. Although North Korea does not yet appear to have an operational intercontinental ballistic missile that could threaten U.S. cities with nuclear weapons, there is already active discussion of South Korea needing its own nuclear weapons or South Korea needing redeployment of U.S. tactical nuclear weapons in Korea.

The administration has its work cut out for it in updating the U.S. Nuclear Posture Review. Against growing North Korean WMD threats, additional U.S. nuclear deterrence declaratory strategy, backed up by appropriate nuclear weapon capabilities and planning, may be needed. North Korea may currently perceive gaps in U.S. deterrents against North Korean biological, chemical, and limited nuclear weapons use. Increased U.S. nuclear deterrence might also be likely required to reassure U.S. allies in South Korea and Japan that they do not need their own nuclear weapons. If so, the role of U.S. nuclear weapons could possibly need to expand and not be reduced. Given potential risks to deterrence against North Korea and assurance of allies, it will be interesting to see how the NPR will attempt to accomplish the objectives of the U.S. Interim National Security Strategy, particularly whether it will pursue a reduced role for nuclear weapons.