Reforming This UN Agency Will Spark an International E-Commerce Boom 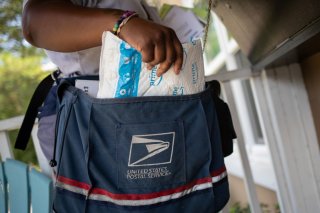 There is an international e-commerce boom coming. It will soon be common for small packages to be sent anywhere in the world in three days or less, at affordable prices with electronic tracking and other features. Think of it as e-commerce 2.0.

The ramifications are exciting for businesses and consumers, in America and all free-world countries. Billions of new prospects and customers will be available to small and mid-size businesses.

Consumers will have more choices and be able to get items quicker, even gaining a workaround to supply chain issues. New business and shopping opportunities will abound 24/7.

Today, the road to an accelerated international e-commerce boom runs through the United Nations (UN).

But if the UN fumbles the opportunity, the e-commerce sector, comprised of many of the world’s most enterprising, risk-taking companies in technology, retail, and logistics are not going to sit on their hands.

They will find different solutions to reap the opportunities at hand, through data analytics and other innovative tools. In fact, e-commerce shippers already have options other than postal services and today already use the alternatives significantly more.

The Universal Postal Union (UPU) is a UN agency comprised of the governments of 192 countries. It sets the standards and operating practices by which documents and packages are sent internationally when using post offices as part of the delivery process.

The UPU was formed in 1874 to set standards and practices so that letters and documents could be mailed anywhere in the world. It later put in place a subsidy system to assist those in poorer countries for the universal service of mail delivery, which only postal services can provide.

Today, the UPU is increasingly focused on the delivery of e-commerce packages. Through politics and deal-making, a handful of European and Asian postal operators are now the principal beneficiaries of a contorted subsidy system originally adopted to facilitate public postal services.

There are two pillars that will accelerate the UPU’s e-commerce reform.

First, all subsidies for packages between postal services should be eliminated. This will ensure that the foreign customers of a postal service will pay the same rate for package delivery as the domestic customers.

It is an eminently reasonable goal, and in sync with other international agreements like the African Continental Free Trade Area and organizations like the European Union, which facilitate non-discriminatory international pricing.

Second, postal operators should offer all carriers—not only the official postal operators in the origin country—the same terms and conditions for delivery of inbound documents and packages.

This will allow private companies to send items directly to postal processing centers for international mail and packages. The upshot will be lower prices, faster deliveries to customers, and more business for postal services that might have otherwise been completely bypassed in the shipping process.

Many at the UPU know these changes are imperative. In November 2021, I published an interview with Bishar Hussein, then-director general of the UPU, where he said the need for reform was a question of how, not if.

A long-time advocate for reform, Hussein said the UPU’s current structure “is at odds with the transformations undertaken by other sectoral agencies in the UN system, all of which have expanded their representativeness to a wide range of stakeholders operating in their respective industries.”

In other words, the need for reform at the UPU is overdue, even by the glacial standards of the UN.

Hussein also knows shippers have options other than the UPU. He pointed out that government-designated operator post offices accounted for just 39.9 percent of express packages and 35.5 percent of parcels.

At its core, the UPU also knows broad reform is needed.

An August 6, 2021, UPU press release about studies on opening the organization said, “The bigger share of the global postal market is in the hands of the wider sector players,” that is private companies not designated as the country’s postal service.

It added, “Opening up the UPU to wide sector postal players will strengthen the universal service and catalyze e-commerce development. The need for opening up follows the transformation of the postal sector, which has seen wide scale liberalization, privatization and a surge in e-commerce activity.”

The U.S. Postal Service (USPS) should get on board with the push for systemic change at the UPU, which would provide it with significant new revenue opportunities at little cost.

Currently, USPS gets only about 3 percent of its revenues from international transactions. Its ten-year strategic plan, Delivering for America, does not envision making investments in the international products area or related infrastructure, daunting and expensive tasks.

However, the plan is heavily focused on expanding USPS’s domestic package capabilities. This will help USPS be a delivery option of choice for many foreign shippers once non-postal operators get those packages to the United States. And those shipments will grow significantly with UPU reform.

USPS and the U.S. government as a whole should support the State Department in advocating systemic reforms at a UPU conference on these issues later this month, and an Extraordinary Congress the UPU is having in the fall of 2023.

The opportunities are huge, but the clock is ticking for the UPU and USPS to be central to the global e-commerce boom, and not also-rans.