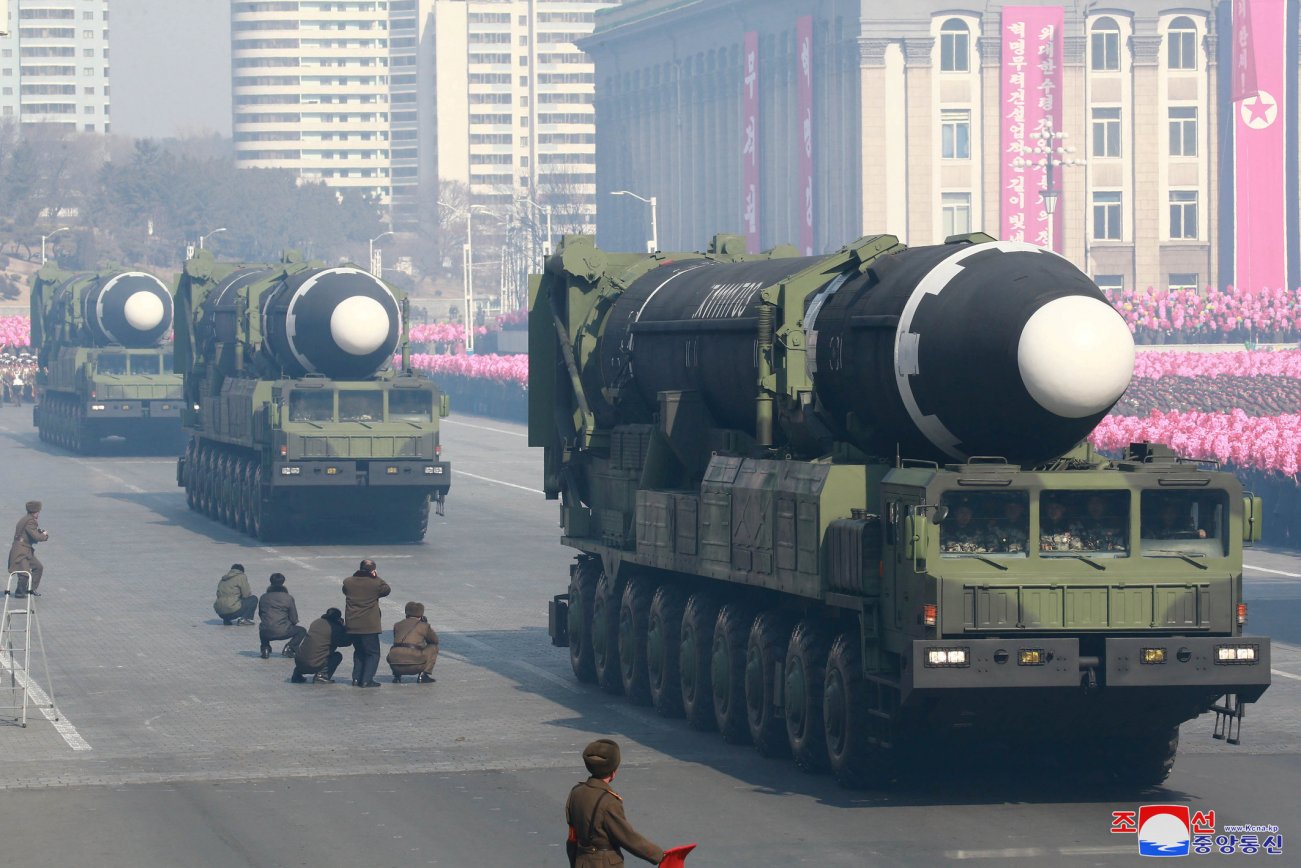 After several months of a so-called “charm offensive” featuring many positive statements by Kim Jong-un, North Korea changed course on Wednesday, casting doubts as to whether the Trump-Kim summit will happen. While this seemingly erratic behavior from the North is hardly unprecedented, it highlights how America’s past fixation on regime change seriously complicates our future diplomatic and security efforts.

First vice minister of the Ministry of Foreign Affairs, Kim Kye Gwan, made some decidedly undiplomatic comments about U.S. National Security Advisor John Bolton, saying, “We do not hide our feeling of repugnance towards him.” The stinging critique was in response to Bolton’s oft-repeated citation of the “Libya model” for denuclearization.

Last month on Fox News Sunday, Bolton was asked whether Trump would require Kim to “give up, ship out, all of his nuclear weapons, all of his nuclear fuel, all of his ballistic missiles, before the U.S. makes any concessions.” Bolton immediately replied, “Yes, I think that’s what denuclearization means. We have very much in mind the Libya model from 2003, 2004.”

As I noted last September, North Korea is highly motivated by the experience of Libya and will avoid it at all costs. First Minister Kim responded that it was “absurd to dare compare [North Korea], a nuclear weapon state, to Libya which had been at the initial stage of nuclear development . . . [The] world knows too well that our country is neither Libya nor Iraq which have met miserable fate.”

Kim Jong-un fears giving up his nuclear arsenal and ending up like Libya, and predictably believes that if he were to negotiate away his nuclear-weapons program (without security guarantees), then he would end up just like Muammar el-Qaddafi. In order to negotiate an end to the North’s nuclear program, the Trump administration must have Kim’s trust. The past two administration’s penchant for regime change, however, makes trust a hard sell.

After the UN had imposed severe sanctions on Iraq’s Saddam Hussein to end his weapons-of-mass-destruction programs, President George W. Bush invaded and destroyed Saddam’s regime. Bush later negotiated an end to Qaddafi’s nuclear program, but by 2011—two years after Qaddafi had effectively shuttered his program—President Obama joined with NATO allies and bombed Libya, helping to depose Qaddafi. The results of both of these regime changes was bad for the United States and they now make conducting international relations in the present even more complex.

A 2016 British parliamentary study concluded that the result of the forcible regime change in Libya, “was political and economic collapse, intermilitia and intertribal warfare, humanitarian and migrant crises, widespread human-rights violations, the spread of Gaddafi regime weapons across the region and the growth of ISIS in North Africa.”

The results of the 2003 regime change in Iraq gave rise to ISIS, greatly enhanced Iran’s influence in the region, and cost the lives of thousands of U.S. military members. Yet these painful and expensive lessons seem ignored by the status quo in Washington.

Earlier this year, Bolton stated, “Our goal should be regime change in Iran.” Now, at a time the United States needs an adversary to trust that we can negotiate an agreement and then stick by it, we are having to overcome decades of regime-change policies and the mistrust it creates abroad.

Though this greatly complicates matters with North Korea, our position has not been fatally compromised and a course correction can eventually restore international trust and strengthen our ability to defend America’s interests.

The good news is the Kim’s interests and needs remain the same, and American security can continue to be safeguarded by our steadfast and overpowering conventional and nuclear-military deterrent.

Denuclearization is a worthy goal to pursue, but getting a genuine complete, verifiable, and irreversible disarmament was always going to be a long shot. Trump should still pursue diplomacy as far as it can go, because talking keeps lines of communication open and reduces the chance of miscalculation or misunderstanding.

But ultimately, the overriding objective for the United States is to prevent war, keep Americans safe, and ensure U.S. economic prosperity well into the future. Any war on the Korean Peninsula, regardless of how it might be started, would lead to catastrophic loss for the United States and its allies.

In order to prevent war, Washington must belatedly recognize the utter failure of past attempts at regime change, cease considering it as a policy option from henceforth, and recognize that deterrence—which worked on the murderous regime of China’s Mao Tse-tung, the Soviet Union’s barbaric Joseph Stalin, and for the past twelve years on North Korea—will likewise keep the United States safe and prosperous well into the future.

Daniel L. Davis is a senior fellow for Defense Priorities and a former lieutenant colonel in the U.S. Army who retired in 2015 after twenty-one years, including four combat deployments. Follow him on Twitter at @DanielLDavis1.