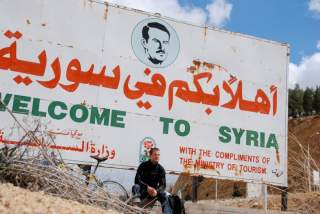 During the nineteenth century, as the Ottomans faced challenges from their increasingly powerful European rivals, problems arose in their Mashriqi provinces. The European powers, competing with each other for colonial control across the globe, began to claim “protectorates” over the Ottoman Empire’s minority religious communities, especially its Christians, using this claim to leverage economic and strategic benefits for themselves vis-à-vis the declining Ottoman state. Despite some upheaval, the Arab provinces generally continued to regard the Ottoman Empire as a legitimate ruling power.

Oil was discovered in the Middle East in the first decade of the twentieth century. In 1911, the British navy, assuming it would be able to benefit from the reserves its geologists had found in modern-day Iraq, switched from coal- to oil-burning ships, thus ensuring the centrality of oil reserves in world politics. Around the same time, the scramble for new colonies among the European nations was reaching a frenzied state. During the First World War, European colonial competition resulted in a secret agreement between Britain and France partitioning the Mashriq in the event of Ottoman defeat. Under this 1916 pact, known as Sykes-Picot after its two principle negotiators, Britain would take control of the key Iraqi oil regions as well as strategic Palestine, and France would claim Lebanon and Syria. This agreement was formulated without the knowledge of either Ottoman or Arab representatives. Further, it appeared to conflict with an agreement the British made during the war with the Hashemite noble Sharif Hussein, in which they pledged to support an independent postwar Arab state over much of the same territory in return for local assistance against the Ottomans—a promise on which Hussein made good with his Arab Revolt in 1916. At the end of the First World War, the European powers who had already laid claim to parts of the Mashriq moved in to reap their rewards.

The newly formed League of Nations set up a system of “mandate” states in the Mashriq, which would theoretically progress towards independence under European guidance. In reality, the mandate system represented a thinly veiled colonial takeover. With Russia dropping its claims after the Bolshevik Revolution of 1917 and with U.S. support for self-determination seriously weakened by its limited role in the war and by Woodrow Wilson’s illness during the peace talks, Britain and France were free to divvy up the region at will. In 1920, the Treaty of Sèvres sketched the national borders of the new Middle East and chopped the Mashriq into separate national entities for the first time. The French took the new states of Syria and Lebanon, whose borders were drawn to ensure an unstable predominance of Maronite Christians who would have to depend on French colonial assistance to maintain political power. The British took Palestine and the new state of Iraq—an ahistorical amalgamation of the three disparate Ottoman provinces of Basra, Baghdad and Mosul. Two years later, due to the exigencies of European Zionist immigration and the claims of the Hashemite family, the British divided Palestine into two mandates: a much smaller Palestinian state and Transjordan (later Jordan). The basic map of the contemporary Mashriq had been drawn without reference to historical precedents or consultation of any kind with its inhabitants.

These borders remain the basis of the Mashriq’s nation-state system, most of whose members achieved independence by the late 1940s. The founding of the state of Israel in 1948 and the subsequent scattering of the Palestinian Arab population across the globe further cemented this Western-created system. France and Britain drew borders without considering whether the new states had the natural resources necessary to sustain themselves; in Syria, the borders were drawn deliberately to exclude the reserves of oil it needed for economic development. Consequently, all these nations have suffered from an impoverishment that has made the development of a functioning civil society virtually impossible. With the failure of the communist and socialist models that seemed the only path to economic development in the 1950s and 1960s, it has increasingly appeared that in the almost complete absence of economic opportunity, authoritarian rule is the only possible mode of government.

The West has generally not considered the economic unsustainability of the Mashriq a problem. After the withdrawal of the European imperial powers from the Middle East during the 1940s and 1950s, Western attention turned to the oil-rich Gulf. Intervention on behalf of Israel constitutes the only sustained American engagement in the Mashriq over the past sixty years. The United States has elected to ignore or downplay the underlying problems and potential of the Mashriq, instead focusing its efforts on currying favor with the Persian Gulf states that contain half the world’s oil reserves. Misguided American priorities aside, the borders drawn by the European powers have proven problematic in both economic and political terms, contributing to communal tensions, authoritarian rule, economic stagnation and political instability.

THERE WERE, of course, a number of protests over the arbitrary and often cruel division of the Mashriq. In Palestine and Syria, from 1918 through the early 1920s, a faction known as the “Southern Syria” movement (for the belief that Palestine constituted the southern part of Syria) argued against drawing random borders with the purpose of dividing the region between Britain and France. During the mandate itself, Antoun Saadeh, founder of the Syrian Social Nationalist Party, decried the division of the region and called for the unification of “Greater Syria.” He drew on emerging European nationalist—including fascist and totalitarian—philosophies to propose a new modern, secular and nonconformist state in the Mashriq.

As the mandate period came to an end, another ideology was emerging, one that would become the dominant political doctrine of the postwar Middle East. Pan-Arabism, which viewed the Arabic language as the central thread of a viable regional identity, gathered strength in the aftermath of the bloody independence battles and the postmandate political confusion. After 1948, pan-Arab leaders like Gamal Abdel Nasser staked their political lives on opposition to the Jewish state and declared Arab solidarity, stretching from North Africa through the Mashriq to the Gulf. The shifting of power in the Arab world led to the abandonment of “Greater Syria” in favor of a pan-Arabism devoted to a Soviet-facing economic philosophy and, of course, vitriolic objection to Israel’s existence.

Arab nationalism did not make good on its promises. The pan-Arab regimes that took over in Iraq, Syria and Egypt during the 1950s became just as corrupt as the elite-dominated governments they had overthrown. Pan-Arabism met its end in 1967, when a coalition of Arab states led by Nasser lost the Palestinian territories, Sinai and the Golan Heights to Israel in a humiliatingly quick and thorough military defeat. Henceforth, many in the Arab world would begin to feel that their only remaining option for a viable supranational political organization lay in the Islamist movements beginning to gather steam. Islamism gained a foothold because state and pan-Arab nationalisms had failed so dramatically.

Pan-Arabism and, later, Islamism attempted to deal with the traumatic loss of identity the Mashriq suffered in the aftermath of the First World War. The Arab provinces of the Ottoman Empire, once linked culturally, politically and economically, had been violently shattered and placed under oppressive and often brutal colonial regimes. These newer regional and religious conceptions of identity tried unsuccessfully to replace the sense of history, pride and belonging that had been destroyed by the violence of the early twentieth century. The region can be healed only by rejecting these failed attempts at constructing new alliances based on pan-Arabism and Islamism and, instead, focusing on reclaiming its vibrant, cosmopolitan, pre-1920 identity.

OFFICIAL AMERICAN discussions of the Mashriq seem to assume that the failure of democracy there derives from flaws in the civic culture or the divisions wrought by primitive sectarian identities. These mistaken conclusions, rooted in Europe’s misguided imperial division of the Mashriq, have led to recurring and costly interventions throughout the region—in Iraq and, more subtly, in Lebanon, Syria and Jordan—that have failed completely. Washington needs a new approach to decisively break this pattern.

The United States first needs to recognize the West’s role in creating the disastrous geopolitical situation in the Mashriq and unpack each state’s economic and political baggage. Priorities include: identifying each state’s natural-resource scarcities and the consequent political divisions; acknowledging the arbitrary borders that have fractured communities culturally, ethnically and religiously; and recognizing the psychological traumas and loss of identity that accompanied the forced remapping of the Mashriq.

Economic incapacity, caused by haphazard resource allocation in the aftermath of World War I, forms the core of the Mashriq’s political problems. In the case of Syria, the loss of oil-rich lands to Iraq was devastating; the cultivation of separately governed “statelets” severed producers from markets and splintered local communities; and the subsequent impoverishment of the people gave way to a minority regime that continues to rule the country today. The founding of tiny Lebanon, with a large population and almost no natural resources, resulted in perpetual dependency on remittances. The small state of Jordan continues to depend on Western financing to buttress its monarchy and maintain stability. Israel, the most economically successful of the lot, is not immune to these challenges. It has relied heavily on aid from the West since its founding and continues to require immense financial and military support from the United States. The Palestinians’ dire economic straits have reached a humanitarian boiling point—particularly in Gaza—a situation that inevitably fuels violence borne of desperation.