Relax: the Iran Nuclear Deal Is Doing Its Job 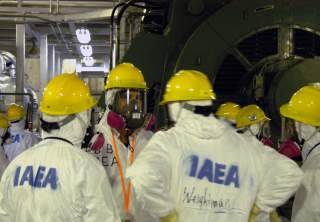 Nearly one year after Implementation Day, the Iran nuclear deal (also known as the Joint Comprehensive Plan of Action, or JCPOA) is working, and implementation of the deal is, in large measure, on track. Although the president-elect vowed to toss the deal and negotiate a “better” one, the truth is that the Iran deal is accomplishing exactly what it was supposed to: preventing Iran’s nuclear “breakout” through covert and overt pathways. Efforts to derail the deal would be unwise, as the United States’ international partners have made clear their commitment to the deal’s terms, rendering the prospect of renegotiation nil.

Faced with a number of pressing issues on day one, both foreign and domestic, President-elect Donald Trump’s decision to passively support a deal that seems to be on track or aggressively pursue renegotiation will set the tone for an administration that has yet to define its terms. Choices he makes about political appointments and lawmakers about sanctions will shape the U.S. position going forward.

There is ample evidence to support the notion that the JCPOA is being implemented in a timely manner, all sides are currently in compliance and disputes are being resolved as intended. Claims that Iran is in violation of its commitments, if justified, are overblown.

Under the deal, much has already been accomplished. Since Implementation Day in January of this year, online enrichment monitors have been installed and are fully operational at Iran’s gas centrifuge facility in Natanz. These monitors allow the International Atomic Energy Agency (IAEA) to verify, remotely and continuously, that the percent enrichment of Iran’s uranium stock remains in compliance with the deal. Per a September report on the implementation of the JCPOA, Iran’s stockpile of highly enriched uranium remains below 3.67 percent for all relevant quantities of uranium hexafluoride, and Iran’s stockpile of enriched uranium is below the three-hundred-kilogram limit.

According to the IAEA, which continues to verify that Iran has acted in accordance with the deal’s key provisions. Iran currently has over five thousand first-generation IR-1 centrifuges in operation at Natanz. In July 2015, Iran had over fifteen thousand installed.

In addition, Iran is provisionally implementing the Additional Protocol of its Comprehensive Safeguards Agreement with the International Atomic Energy Agency, and has allowed IAEA inspectors to conduct complementary access visits.

Finally, the Joint Commission (JC) is functioning just as it was intended, by resolving disputes as they arise. Although insight into the resolution process is limited due to confidentiality concerns, each time a concern or ambiguity has arisen, the JC has successfully mediated a resolution in a timely manner.

Even with this growing record of compliance, Iran has a history of pushing up against the limits placed on its nuclear program. Recent breaches no doubt continue this pattern, and are far from ideal. Until recently, Iran kept its stockpile of heavy water at a maximum of 126 metric tons, which is below the 130-metric-ton limit imposed by the deal. Having surpassed this limit in recent months, Iran initially argued that that its stockpile was not a violation, because the agreement language uses 130 tons as an “estimate” of the quantity needed for research. Moreover, the agreement only requires that Iran make available the surplus for export.

The United States has stood firm on its position, however. U.S. ambassador to the IAEA Laura Holgate aimed to clarify the vagaries of this language: “Simply notifying states that this heavy water is for sale without removing it from Iran does not fulfill this JCPOA commitment,” she said. After exceeding its heavy-water cap for a second time this year, Iran has reacted swiftly, exporting eleven tons of heavy water to Oman.

Concerning as this dispute may be, skeptics should take comfort in Iran’s willingness to address the issue quickly and without excessive fanfare. By contrast, a cursory look at Iran’s behavior prior to the latest round of (ultimately successful) negotiations reveals a long history of antagonism. Despite on-again, off-again talks, sanctions and sabotage, Iran’s nuclear program continued to advance toward a bomb, leading Israeli prime minister Benjamin Netanyahu, in September 2012, to tell the United Nations that Iran’s capability to enrich uranium must be stopped before the spring or early summer, lest the country be in a position to make a short, perhaps undetectable, sprint to a weapon. Predictions such as this were not limited to Prime Minister Netanyahu, nor to the fall of 2012. In 2010, columnist Jeffrey Goldberg caused a stir, speculating that an Israeli air strike on Iran may be carried out as soon a spring. For years, Iran walked up to and over multiple red lines, barely stopping to give each a passing glance.

Post-deal, this long history of mistrust remains. This is an uncomfortable reality, but a reality nonetheless. This is why the JCPOA, a trust-building exercise in itself, was designed with the most intrusive monitoring and inspection regime to date. The transparency afforded by these provisions, combined with the flexibility and dynamic interpretation afforded by the JC, function as the antidotes to lingering uncertainty. The deal can succeed if we can learn to live with this uncertainty. Although outside our comfort zone, uncertainty, vagueness and the need for continual adaptation aren’t the real problem.

Congress and the Iran Sanctions Act

In anticipation of its expiration, Congress has passed a clean extension of the Iran Sanctions Act, a collection of sanctions targeting Iran’s energy sector. The Obama administration has argued in favor of allowing the legislation to expire, because doing so “will not affect our ability to continue to issue sanctions designations when warranted.” Lawmakers have countered, however, that keeping the law on the books is important to ensure, “with the utmost certainty,” that Washington has “the sanctions enforcement mechanism our national security demands.” The act has been extended for ten years without an expansion of its scope. Despite protests from the administration and from Iran, the law contains no provisions that technically violate the deal. For this reason, a presidential veto is not expected. Though aggravating the U.S.-Iran relationship is also foolhardy, motivating Iran to withdraw or violate the deal is an equally undesirable outcome.

Senate Foreign Relations Committee chairman Bob Corker, however, has indicated that “when we get back, we’ll do something that is much broader,” signaling intention from those in the Senate who are opposed to the deal to pass more antagonistic measures. These might include aid to Israel and sanctions over Iran’s ballistic missile activities, as well as a global prohibition on any dollar-denominated transactions with Iran. Corker has, further, predicted that Democrats will choose to be tougher on Iran under the Trump administration. This hostile atmosphere could help open the way to new sanctions or provocations that would sabotage the future of the deal.

All the President’s Men

Trump’s top-level national security team includes a number of harsh critics of Iran. Retired Gens. Michael T. Flynn and James N. Mattis, respectively the National Security Advisor–designate and Secretary of Defense nominee, have been outspoken in their opposition to the deal. Mattis, further, has criticized the Obama administration for passivity in the face of Iranian aggression and fostering “the impression in the region that the U.S. was withdrawing.” Reported Deputy Secretary of State nominee, U.N. ambassador John Bolton, has repeatedly advocated war on Iran, and recently told Breitbart News that regime change is the “only long-term solution” to the threat the country poses in the Middle East.

Reported Secretary of State nominee Rex Tillerson, however—and for that matter, Trump himself—may be more apt to support the deal. Tillerson has, in the past, been skeptical of sanctions, and recently expressed an interest in conducting business in Iran. The ExxonMobil CEO could prove to be a pragmatic voice in support of business opportunities afforded to U.S. industry because of the Iran deal, particularly as Boeing and Iran Air dot the i’s on a contract worth $16.6 billion and one hundred thousand jobs.

On the whole, the president-elect’s reported cabinet is comprised of generals and policymakers with a long history of opposition to Iran and the deal, and businessmen with an inclination to support it. In which direction Trump chooses to lean is still up for grabs. For what it’s worth, a recent letter to Trump, signed by seventy-six former senior policymakers and academics in favor of the deal, also aimed to support the deal on its existing merits and accomplishments.

With a number of international policy concerns to tackle on day one, Trump would do well to consider the current Iran deal a win. There will be pressure, both from Congress and inside the administration, to search for a better option. But uncertain as it may be, the deal is on track and serves the dual purpose of lowering the likelihood of Iran’s ability to “break out” as a nuclear power and builds trust and a rapport with the regime. To sabotage or simply rip up the deal on day one will return the United States and Iran to 2012—on the verge of war or a weapon, without international partners, and with few good options to turn things around.