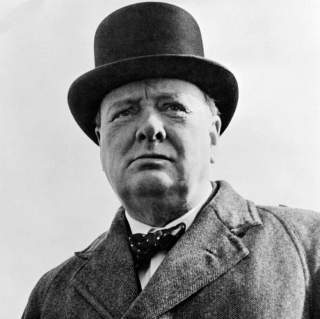 Oscar Wilde quipped that socialism would take too many evenings. So, too, would the process of Britain leaving the EU, let alone adapting to life outside it. For Britain to vote to leave in its referendum next week would neither be end of the world, nor a lurch into isolation, contrary to the overblown claims of Remain advocates. Whatever else happens, Britain is likely to remain a major power, measured on most yardsticks aside from landmass. A Brexit would, however, invite a set of extra costs, risks and problems that would not be worth the modest gain of clawing back some additional control. A withdrawal would probably deplete Britain’s sovereignty in terms of actual ability to govern rather than increase it.

The referendum itself is taking too many evenings. It has been a dismal exercise of misinformation and hysteria, filled to the brim with loose Hitler analogies, argument by association, wild theories of an efficient deep state at work and a strange mixture of jingoism with self-loathing. A prime minister who insisted only months ago that Britain could carry on successfully outside the EU has discovered that this would be a fatal error. He now opines leaving a transnational union is tantamount to isolationism that would trigger mass unemployment and that staying in is the only patriotic choice. The low-quality debate grows from cynical politics that is launched as much to manage internal divisions with the ruling Conservative party as to address a pivotal issue. The experiment in plebiscitary democracy may not settle anything.

The Leave camp, helmed by the rump figure Boris Johnson and a demagogue or two, peddles falsehoods. It deliberately conflates internal EU immigration with immigration from the rest of the world, pretending that the right of free movement within the EU is part and parcel of the separate question of Middle Eastern refugees. Leave makes the unfounded claim that EU membership denies Britain the right to turn away terrorist suspects and criminals from the rest of the world (it doesn’t), that Britain would be powerless to veto Turkish EU accession (the opposite is true) and that internal EU rules leave the island state helpless in the face of refugee tides (they don’t). Leaving the EU would return control over free internal movement, yet costs Britain some sharp security tools, such as the European Arrest Warrant, and access to databases. There are tradeoffs that barely intrude into the debate. In this race to the bottom, the Leave camp is several lengths ahead.

The debate does not need more demagoguery or passion. It needs more reason, and a touch less drama, especially in a week when a fascist gunned down an MP. Above all, we need a sober account of what is at stake. Consider three central questions: geopolitics, sovereignty, and Britain’s own union.

The first question is one of geopolitics. At the core of the Leave case is an odd contradiction. On one hand, it portrays the EU as a repressive and suffocating institution. At the hands of Leavers, the EU is run by and for an unrelenting class of transnational elites, bent on an ever-closer union, more control and more dilution of national sovereignty from member states to the Eurocrat class. It is an EU that is aggressively political.

Yet what kind of international life would follow Brexit and the departure from the world’s second largest single market? The Leavers promise a utopian afterlife: a prosperous set of relations with EU states, who will be bound to follow their commercial interests and trade freely with Britain. British businesses will be alleviated of EU regulations. The EU will cut favorable deals. In other words, economic concerns will trump politics. Not all Leavers expect a painless Brexit, however. The mainstream campaign promises voters that somehow, it will be all right on the night. The same EU that Leavers portray as an ever-expanding class empire will become an economic zone based not on geopolitics, but on the rational maximization of wealth instead.

In other words, Leave promises Britons simplicity and rapid prosperity that is impossible according to its own portrayal of the EU. Yet the EU will probably not react to a British departure by retiring quietly into the night. From Brussels’ perspective, Britain’s departure could be a domino that begins the fragmentation of the whole project. Like most institutions, the EU is committed to its own survival. In the event of Brexit, the EU will not shrug its shoulders. It will make negotiations difficult and slow for Britain in order to set a precedent that will deter further departures. The president of the EU has warned that a British withdrawal would be treated as a desertion, and that there would be consequences. Economics would not trump geopolitics. Do we need further warnings?

The Leave campaign, denounced so often for its atavistic leanings towards drawbridges and fortified borders, is ironically, also founded on a naively liberal faith in open, borderless forces. Never before, claims the ever-cheerful Daniel Hannan, has physical proximity mattered less in our globalized commercial age. Yet the weight of economic geography matters. Other European states outside the EU make financial contributions and adhere to European regulations, becoming de facto members but without the leverage of a vote. The internal EU market will remain nearby, and its defenders will continue to press these claims.

Now to the meat of the argument: the question of sovereignty, which we define as the power of decision of the country’s affairs, treaties, the use of force with authority and the writing of laws. Take back control, urges the Leave campaign. Yet how much control did Britain sacrifice in the first place? On most core areas of policy, Britain remains essentially sovereign. It controls its own monetary policy, defense, tax, pensions, welfare and the overwhelming majority of its public expenditure. The most momentous decisions in recent decades that shaped British national life were not owned by Brussels, but Westminster. Eurocrats did not foist the calamitous Iraq invasion on Britain in 2003, and couldn’t do anything to stop it. The embrace of accelerated immigration mostly involved decisions of about seventy percent of immigrants from outside the EU. Major commercial choices—from banking deregulation to Sunday trading—were sovereign decisions. The UK’s adoption of a laissez-faire capitalist model was a singular decision that other EU states like Germany have not copied. Sovereignty means you have the right to make your own mistakes. The worst financial meltdown since the Great Depression and the worst foreign policy misadventures since Suez were British decisions, not dictates from abroad.

The question of how much sovereignty is enough can’t be answered analytically. There will always be those for whom formal sovereignty ought to be absolute, whatever the price. However much the pursuit of complete autonomy jettisons real control over important things, the observable distribution of powers suggests that we are nowhere close to a superstate. The “long continuity of our institutions”, a phrase Prime Minister Winston Churchill invoked as a reason to fight on in World War Two still endures, even if his other cause—the Empire—has not. A withdrawal from the EU will probably make life harder, and poorer, for the sake of a sovereignty, which Britain already largely possesses.

Concern for the integrity of Britain’s constitutional existence as a union must lead to the realization that Brexit could trigger a fragmentation closer to home: the departure of Scotland and the UK’s dismemberment. This is not merely hypothetical. The clear, more Europhile political direction in Scotland, and the utterances of its powerful separatists have put us on notice. Brexit entails the probable loss of Scotland. Britain would no longer be a constitutional island, and England would have to adjust to a foreign country contiguous to its territory on the mainland for the first time in centuries. It is not easy to estimate all of the knock-on effects and implications of this momentous shift. To take just one issue, the process of disentangling the armed forces that are currently organized on a union basis would be greatly complex. For those who care about the survival—and survivability—of Britain’s nuclear weapons system, Britain would probably lose a base whose quality and deep waters it cannot easily reproduce: HMNB Cylde at Faslane. Culturally, this would not be the apocalypse. There are more belligerent and irreconcilable neighbors than England and Scotland. But it would be a major depletion, and a regression from the multiethnic, democratic and peaceful union of Great Britain. Would it be worth it?

Finally, beyond these arguments, there is one more argument for those who dislike the EU but are reluctant to leave. The European project needs Britain’s continued presence as a rebellious member to check the worst federalizing excesses of its own zealots. There really are cosmopolitan, privileged factions pushing for more federalism and integration, both in Britain and in continental Europe. There is a governing European class that enriches itself disproportionately from EU institutions, and that regards itself as postnational. If they were capable of doing so, they would have placed Britain in the Eurozone. They really are committed to the abolition of sovereign states, the erection of a Brussels regime that would erode democracy and replace it with an extraparliamentary regime of laws and rights that lie beyond the writ of elected assemblies. They really do believe that the EU is the prime cause of postwar peace on the continent, overlooking the great constraining force of nuclear deterrence, the shift of power to the United States and the Soviet Union and the creation of an antimilitarist political culture that no institutional arrangements can legislate into existence. They really are committed to expansion, believing their favored institution to be a force for peace and thus blundering recklessly into the Ukraine-Russia conflict. For Britain to leave, one counterweight would be removed against those who would push for a superstate and create awkward imbalances of power.