A Report from NATO's Front Lines 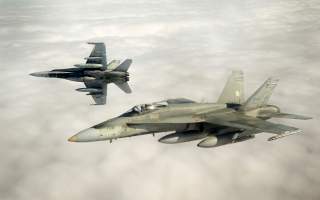 All is busy on NATO’s eastern front. That was our main conclusion during a recent study delegation to Lithuania sponsored by the Lithuanian Ministry of National Defense and organized by the Atlantic Council. A lot is happening on the defense preparation front, and the overall security situation is improving considerably compared with a few years ago. But problems remain and work still has to be done, if deterrence and stability are to be ensured, and a potentially devastating war with Russia prevented.

As many people will recall, the Baltic nations of Estonia, Latvia and Lithuania, with a combined population of some six million and combined military strength of some thirty thousand active-duty troops, joined NATO in 2004. All three border Russia, though in the case of Lithuania, that border is in the western part of the country (near Russia’s Kaliningrad pocket). Lithuania’s eastern frontier is shared with Belarus, a close ally of Moscow, at Vladimir Putin’s insistence. Its southern border touches Poland, along the famed “Suwalki gap,” the narrow land corridor through which NATO would likely send most of its tens of thousands of reinforcements during any major crisis or conflict with Russia over the Baltics. All three Baltic states, plus Poland, are now among the seven of NATO’s twenty-nine members that meet their obligations to spend at least 2 percent of gross domestic product on their militaries, however imperfect a metric of burden-sharing that formal NATO requirement may be. In Lithuania’s case, this represents a tripling of military spending since 2013.

Give President Donald Trump and President Barack Obama some of the credit for recent increases if you wish. But give the Lithuanians, Latvians, Estonians, and Poles the majority of the credit—with a nod, of course, to Vladimir Putin, who has done more to unify and motivate eastern Europeans’ security efforts than anyone else this century.

Since 2014, when Russia seized Crimea in Ukraine and stoked a conflict in Ukraine’s east that continues to this day, NATO has been gradually fortifying its eastern flank, in the Baltic states and Poland. It now has a multinational battalion-size battlegroup (of about one thousand soldiers) in each of the three Baltic states, plus a larger U.S. brigade-sized presence in Poland (with occasional, but intermittent, American deployments into the Baltic states for exercising and signaling resolve). The battalion in Lithuania is backstopped by Germany, with additional major contributions from the Czech Republic and the Netherlands. These battalions are collectively described as the “enhanced forward presence” or eFP program, following NATO’s Operation Atlantic Resolve; the U.S. element is often described as the European deterrence initiative.

Adding in those rotational deployments, there are some thirty-five thousand total NATO troops in the Baltics, with only a smattering of Americans on most days. Russia has well over one hundred thousand of its own recently-improved forces just across the border and could probably muster closer to two hundred thousand with little effort under the guise of an exercise, if it wished.

The Lithuanians’ recent defense efforts need to be put in perspective. The nation is resolute, with 80 percent supporting NATO forces deployed to its territory and all of the recent major presidential candidates—and eventual winner—favoring the ongoing defense buildup. But it does not seem paranoid, or on serious edge, even as the officials we saw were clear about the challenge and legitimately focused on progress. While a military budget at 2 percent of GDP, headed towards 2.5 percent, is an impressive defense effort, it does not reflect the dire sense of urgency of a society expecting imminent war. After all, the United States and Russia each spend more than 3 percent of GDP on their armed forces; in fact, NATO aimed for a 3 percent minimum during the Cold War, when the United States typically spent upwards of 5 percent of GDP on its military. And for all the enhancements to its two main combat brigades, Lithuania has restrained from fortifying the eastern and western flanks of the country with smart minefields or other barriers to invasion.

For its part, NATO more generally has stationed the eFP forces but has not tied them into a truly integrated combat force; nor has it deployed many helicopters or air defense systems into the Baltic states. It certainly has not prestationed the seven brigades of capability that a 2016 RAND Corporation simulation estimated as necessary to constitute a viable forward defense position.

The current level of effort, vigilant but tempered, strikes us as roughly appropriate to the circumstances at hand. While there are still conflict scenarios that can be imagined, it is hard to think that President Putin believes he could really get away with naked aggression against any NATO member, including those in the Baltic region. Even if NATO does not have an adequate forward defense in place against hypothetical Russian aggression, it does have a rather robust forward tripwire, combined with increasingly credible ways of rapidly reinforcing that tripwire in a crisis.

Still, there are three additional lines of effort that Washington and other NATO capitals should pursue in the interest of greater deterrence, stability, and predictability in eastern Europe.

First, as a recent Atlantic Council report, “Permanent Deterrence,” underscored, NATO should strengthen key pieces of its modest military presence in Poland and the Baltic states. Much of this can happen in the Polish/American sector, but elements of it should extend to the Baltics as well. It makes good sense to combine greater combat engineering capability for military mobility, so as to better move reinforcements into the east in the face of possible Russian opposition, together with plugging gaps in areas such as combat aviation and air defense, and pre-stocking certain equipment. Moscow may complain, but it cannot credibly view such additions as major NATO additions or provocations, especially because they are modest, and because Russian actions have necessitated them.

Second, nonmilitary elements of NATO resoluteness need to be strengthened, too. As discussed in The Senkaku Paradox: Risking Great Power War over Small Stakes, there are various types of very small Russian probing attacks that could leave NATO flummoxed and paralyzed over how to respond. These attacks might not reach the threshold where all alliance members would wish to invoke NATO’s Article V mutual-defense clause and send military forces in response, yet they could be too serious to ignore. NATO should conceptualize such scenarios and exercise crisis decisionmaking in advance while honing various economic and diplomatic approaches to complement any military responses. NATO also needs to develop more contingency plans for economic warfare with Russia that would provide alternative energy sources in a crisis. Lithuania’s recent development of a liquefied natural gas terminal is exemplary in this regard.

Third, while projecting resolve vis-à-vis Moscow, including retention of the EU and U.S. sanctions that have been imposed on Russia in recent years, NATO needs to rethink its broader strategy towards Russia. This strategy should include options for bettering relations in a post–Putin Russia. Various types of security architectures and arrangements should be explored and debated. For now, with a new president in Kiev, a concerted effort to help Ukraine reform its economy and further weed out corruption makes eminent sense.

Things are moving in the right direction in eastern Europe, but there is considerable work left to be done.

Michael O’Hanlon is a senior fellow at the Brookings Institution and author of the new book, The Senkaku Paradox; Christopher Skaluba is the director of the Transatlantic Security Initiative at the Atlantic Council.