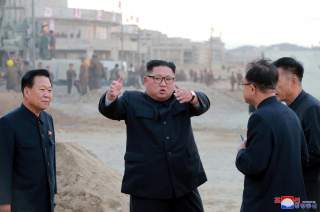 The U.S. congressional midterm election looms next week. Currently the Republican party holds both houses of Congress—the U.S. Senate and House of Representatives. It is widely expected at this point that GOP will lose at least one house next Tuesday—likely the House of Representatives. Given the hugely contentious nature of Donald Trump’s presidency, it is widely expected that a Democratic House will launch investigations of all sorts into Trump’s presidency and his business empire more broadly.

The extensive nature of Trump’s brushes with the law and U.S. constitutional norms means these investigations could quickly become enormous, on a scale dwarfing Watergate. The New York Times published a massive investigative story from a few weeks ago could, all by itself, lead to massive problems for the president. If House investigations into Trump Organization finances show that the newspaper’s claims of tax fraud close to half a billion dollars, using techniques akin to the mafia, then Trump might well be pressured to resign. If verified, the New York Times story would place Trump and his father among America’s greatest white-collar criminals.

And that is just one story. The investigation that the Washington Times conducted stops in late 1990s. If Trump acted as the newspaper claimed for decades, it is hard to imagine he simply stopped cheating when the Times’ records ran out. Trump might well have another two decades of financial improprieties the Democrats would investigate. Trump has never released his tax returns, despite claiming he would. Many think that is because Trump connections to Russian, Ukrainian, or Saudi money would be revealed. It is known the Trump Organization no longer operates extensively with U.S. banks because it has a reputation of defaulting on creditors. It has instead operated in overseas environments where it is often suspected of corruption. Many Trump opponents also think the president is somehow compromised by Russian president Vladimir Putin.

This is all just the tip of the iceberg. Trump’s long history of lying, exaggeration, sexual misconduct, financial chicanery, involvement with shady businesspeople, and so on all but guarantee a massive, sprawling investigation, which will also be picked up by private journalists outside the Democratic-controlled House of Representatives. This has the potential to become vortex sucking up all the White House’s time, much as Watergate overtook and ultimately paralyzed the normal functioning Richard Nixon’s White House in its second term. It is not hard to see Trump in a similar Nixonian position—pushed into resignation by a spiraling series of revelations of rampant illegality.

One enormous side-effect of this will be near-paralysis on foreign policy. Henry Kissinger apparently told Nixon, as 1974 ground on, that the U.S. government simply could no longer conduct a viable foreign-policy strategy. Similarly, the Trump administration may become so absorbed by scandal defense that any “extras,” such as outreach to North Korean leader Kim Jong-un, will be cast aside. Trump is not known for his focus or ability to juggle many complex tasks at once. Quite the opposite actually. He is known for being easily pulled off topic by fancies which catch his interest, often on television. This will worsen next year, when his own person is under scrutiny.

As the investigations commence next spring, after Democratic control begins in January, the media conflict over Trump will worsen. Trumpist media, most obviously Fox News, will go into overdrive to protect the president. Given that Trump acquires most of his information from right-wing media, he will follow pundits like Sean Hannity and Jeanine Pirro down a rabbit hole of “deep state” conspiracies. Trump will fight back in the rally-style speeches he so clearly enjoys giving. Meanwhile, national public opinion will be at play as the investigations return a regular drip-drip of embarrassing and damaging allegations. It will quickly become a national circus, an all-embracing media show where policy issues, especially easily dropped foreign-policy issues, just fade away.

If I am right, then there is only a short window of time before Trump loses any interest in foreign-policy objectives in East Asia, the Persian Gulf, or anywhere else. Here in Korea, I believe this is one reason why the Moon Jae-in government, which desperately wants to keep Trump focused on détente with North Korea, is pushing so hard for the next Trump-Kim summit, after this summer’s first summit in Singapore. Rumor now has it that a time and location for a second summit will be announced after the midterm. This is wise but already possibly too late. If the GOP gets trounced on Tuesday, which looks likely, then will Trump even care?

Maybe if Trump can claw a big win out of Kim, then a continued focus on Korea would still be worth it. As the investigations heat up, Trump could claim, as he did last year, that he should not be impeached because he is doing such a great job, in this case, on Korea. But Kim is just as likely to sense Trump’s weakness after a “blue wave” and take a harder line with a Trump desperate for a win to reverse his flailing domestic fortunes.

In short, America’s allies should be prepared for a major inward turn by this president in a few months. Allies Trump has attacked, like Canada and Germany, may find relief in this, but allies like South Korea and Saudi Arabia, who need Trump for their own local initiatives will be deeply frustrated as Trump’s energies are suddenly absorbed at home.