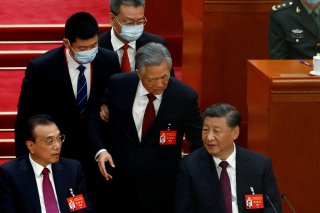 On November 15, the U.S.-China Economic and Security Review Commission published its annual report. First among its recommendations to Congress was the creation of a new federally-funded research center to “translate and maintain a publicly available collection of important open source material from the People’s Republic of China.”

Their report highlights a critical shortfall in America’s strategic intelligence capabilities. This deficiency has not always existed: during the Cold War, the federal government ran the Foreign Broadcast Information Service, or FBIS, which translated speeches, newspaper articles, and government documents from across the Communist bloc. After the Cold War, the FBIS was slowly stripped of funding, and in 2015 its successor organization, the Open Source Center, closed its doors to the public.

The Commission’s recommendation is thus an admission: even though the challenge posed by China this century matches that posed by the Soviet Union during the last, Washington has been slow to restore the tools that proved so useful during the Cold War.

This report wasn’t the first to call for Congress to expand federal translation efforts. The Commission has previously urged Congress to make classified CIA translations available to “the full analytic community.” In 2021, a bipartisan group of lawmakers even introduced a bill to establish a federally-funded Open Translation and Analysis Center, whose work would be focused on China. But neither the Commission’s recommendations nor the open translation bill went anywhere. The American foreign policy community still lacks a program to translate and publish strategically significant texts that are currently only available in Chinese.

The need for quality translation of open-source documents has grown dramatically in the age of Xi Jinping. When Chinese security services systematically liquidated the CIA’s network of spies in China at the beginning of the 2010s, they left the U.S. government with little choice but to turn to open-source analysis to understand the Chinese regime. Scholars have also seen their access to sources dry up: under Xi’s rule, archives have closed, officials have stopped giving interviews, and both foreign scholars and journalists find it more difficult to visit China. Textual analysis of open sources is the only sure tool American analysts have left.

Perhaps Congress will one day fund the national translation effort we need to put these analysts on this surer footing. This task will require lawmakers to leap an unusual number of bureaucratic obstacles and legislative hurdles. This could take years, if it happens at all. We cannot simply afford the wait.

It is for this reason we have recently launched the Center for Strategic Translation (CST). The mission of the CST is to locate, translate, and annotate Chinese documents of strategic or historic importance. These materials, which range from official speeches to academic commentaries by Chinese Communist Party-affiliated public intellectuals, are published on the CST website in both Chinese and English, freely available for any analyst to reference and read. This week we released our first batch of annotated translations to the public. More will be published in the weeks to come.

Making sense of the documents, however, requires more than translation. To use these texts analysts must also understand the context in which these documents were written and judge the authoritativeness of what is being translated. The profusion of slogans that dots these documents is another challenge: the Party often communicates through terse, opaque phrasing whose significance can only be grasped if the reader is familiar with the intellectual genealogy and past use of a term. All of this must be made accessible to analysts—otherwise, there is a risk that even in translation, the speeches, explainers, and directives issued by the Chinese party-state will only be usable by the same narrow band of experts who could already read these documents in their original language.

To meet that need, we publish all of our translations with extensive introductory essays and footnotes. A glossary of Chinese Communist Party slogans and communist political terminology introduces the history and usage of an otherwise opaque vocabulary. With these tools in hand all analysts, not just experts in Chinese politics, will be able to draw on Chinese sources to guide their conclusions.

It is our view that not only has Congress been too slow to fill the breach, but also that China policy is also too important to be left in the hands of only the China experts. With translations like these available to all, that will no longer will be the case.

Tanner Greer is a journalist and director of the Center for Strategic Translation.

Matt Ellison is the executive director of the American Governance Foundation and executive editor of Palladium Magazine.