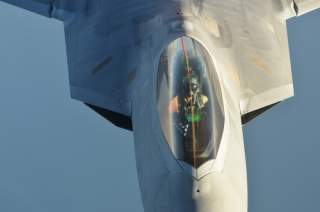 Foreign policy and national security seem likely to play a significant role in the 2016 presidential election campaign. Candidates from both parties will probably try to distinguish their approaches from that of the current administration. Recent events, most notably Russian aggression in Ukraine, the rise of the Islamic State in Iraq and Syria (ISIS), and the continued proliferation of other violent extremist groups throughout the Middle East, South Asia and much of Africa have created concern that current American responses are still inadequate. Cyber security, climate change, and the increasing power of China are also growing national preoccupations. While some criticize the Obama administration for weak and indecisive leadership, significant voices on both sides of the political spectrum argue for even greater restraint, lower resource commitments and reduced engagement in addressing at least some of these issues.

Defining national strategy was easier when the country faced a single overarching threat. During the Cold War it was possible to relate almost any endeavor to a genuinely existential competition with the Soviet Union. With the collapse of the Warsaw Pact and disappearance of the Soviet Union, the expansion of Western values and institutions into this space became the initial focus of American policy. In the aftermath of 9/11, the global war on terror became the organizing principle for American engagement with partners and against adversaries in every corner of the world. These oversimplifications led the United States down some costly and unnecessary paths but such easy to grasp rationales nevertheless succeeded in mobilizing domestic and international support for strong action and costly commitments.

Today the United States faces no existential threat; rather it confronts an unusually wide and diverse array of challenges. Russia has reemerged as an aggressor state. China has become more hard line at home and more powerful abroad. Al Qaeda has spawned offshoots and imitators more powerful and even more radical than itself. Global warming has advanced, and predictions of climate related disasters have become more ominous, more imminent and more credible. Cyberspace has emerged as a new battleground between the forces of order and disorder. Expansion of international travel makes the emergence of new communicable diseases like Ebola more dangerous. The last few years have been a reminder that stability is not the natural state of the international environment, that peace is not self-perpetuating, and that whole regions can suddenly descend into anarchy.

The world is more dangerous than it was a few years ago and the mounting chaos in the Middle East has fed wider, more exaggerated anxieties. Many feel that the pace of technological change is quickening, that the international order is disintegrating, that power is shifting from national governments to individuals and non-state actors, and that America’s capacity to lead is waning. These portends of disaster and decline are overstated. Certainly computers and the internet are driving rapid change, but the pace is not more rapid or revolutionary than that following the introduction of electricity, radio, telephones, internal combustion engines, airplanes and the atomic bomb. The Middle East is in turmoil, but even taking account of the chaos in that region, inter and intra state conflicts continue to decline, as do the casualties and destruction these produce. States are being challenged by terrorists and insurgent groups in the Middle East, as they once were in Southeast Asia, Latin America and the Balkans, but governments are actually more capable today in those other once turbulent regions, and they remain so in Europe, East Asia and North America. The Chinese economy has grown compared to the United States, but the United States has for many years been growing faster than most of Europe, Russia and much of East Asia. Russia is misbehaving, but nothing on the scale of the former Soviet Union.

The United States nevertheless faces a number of difficult choices resulting from heightened global interdependence and the vulnerabilities it brings with it. The continued expansion of international trade, finance, travel and communications has widened personal horizons, increased opportunity, promoted economic growth and extended longevity for billions of people around the world. As we become more connected to the outside world, however, we become more affected by what occurs abroad. Climate change, for instance, is the direct result of global economic growth. Terrorists and criminals can mix with the millions of tourists and business people who cross national borders every day. The communications revolution makes it easier for violent extremists to spread their ideology, recruit followers, and orchestrate attacks from great distances. As physical infrastructure becomes more dependent on digital controls, the possibility for catastrophic interference grows.

The “realist” perspective emphasizes the centrality of states, and particularly great powers, the inevitable competition between them for influence and power, and the primacy of security and economic objectives as the focus of this competition. This school tends to envision national interests not as what a given population may actually be interested in, but rather as goals toward which all nations tend to strive.

The “neo-conservative” school shares with realists an emphasis on the importance of hard power, but with an inclination to employ it toward softer, that is more value based, objectives, most notably democracy promotion.

An opposing school advocates the United States adopt the role of “off-shore balancer,” employing its political and economic weight along with its maritime military capacity to maintain regional equilibria without engaging U.S. assets too heavily. This is a “no boots on the ground” variant of realism.

The Wilsonian tradition, named after Woodrow Wilson, shares with neo-conservatism the evangelizing goal of democratization, but sees this arising more from good example and willing emulation than from coercion. It also places greater stress than the other schools on multilateralism, international law and thus regional and global institutions.

The national security strategies of recent administrations contain traces of all these schools. In the immediate aftermath of the Cold War, there was a general expectation that the rest of the world would naturally gravitate to the only societal model left standing, that of liberal Western democracy. The first term Clinton national strategy thus set as its core goal expanding this democratic community through the power of example and the deployment of positive incentives. Accordingly, the administration championed the expansion of both the European Union and NATO. Later in the decade, this Wilsonian vision took on more forceful overtones as that administration sought to protect endangered populations and promote democracy in the Balkans, albeit still within a multilateral framework.

George W. Bush campaigned on a realist platform (no nation building) but moved in a more neo-conservative direction in reaction to the 9/11 attacks.

Obama has pursued a policy of retrenchment abroad and nation building at home, a tentative form of offshore balancing.

The realist model adapts itself fairly well to East Asia, a region of strong states governed by regimes that tend toward realist, value free external policies, a region moreover without significant insurgencies or terrorist movements.

International politics in Europe today is much more value-laden. Its problems derive as much from weak states on its periphery as competition among peers. Here the choices largely lie between realism, which would tend to leave these weak peripheral states to their own devices and thus effectively allow them to be drawn into the Russian orbit, as opposed to Wilsonian and neo-conservative approaches, that would seek to bring these outlying states within the Western economic and security perimeter.

For much of the post-WWII era, the Middle East presented a classic opportunity for American offshore balancing. For decades, Iraq and Iran effectively contained each other with minimal need for U.S. involvement. As a result, the United States could maintain acceptable equilibria between Arabs and Israelis and among Arab states with only periodic, usually minimal and short term applications of U.S. military force. Saddam Hussain’s 1991 invasion of Kuwait drew the Unites States more deeply into the region. The American invasion of Iraq in 2003 destroyed the Iraqi/Iranian equilibrium. For the present there does not seem any regional balance to maintain.

Beyond these theoretical constructs there are three broad strategic tendencies which compete for support within the American body politic.

The predominant but never uncontested view for most of the period since WWII has favored well-resourced internationalism, that is to say American leadership in the sustainment and expansion of a rule based international order promoting free trade and the peaceful settlement of disputes, combined with a willingness to commit diplomatic, economic and military resources to develop and help enforce such norms.

A more hawkish camp places somewhat less emphasis on multilateralism and tends to be even more ready to employ economic and military coercion in support of U.S. security interests.

The third group feels the United States is overextended abroad, does not believe it need assume the dominant responsibility for addressing every challenge to global order, and would like to reduce the overall level of its overseas commitments. On the political right, this group includes small government conservatives and libertarians. On the left it supporters include those who prefer “nation-building at home,” generally oppose the use of force, and resist further globalization.