A "Rethinking" at the Federal Reserve 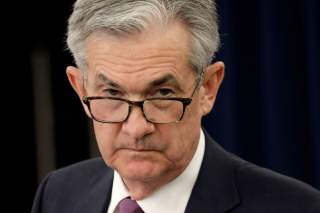 Since the Federal Reserve decided to undergo a “rethinking” of its monetary policy target and communication, there have been numerous suggestions about what this new framework should look like. These have ranged from an “average inflation target” to “nominal GDP targeting” to “yield curve targeting.” While all different, these tend to be more dovish than the current framework. This means interest rates would be held lower for longer or more unconventional policy measures would be taken to achieve the target. This has generally led to the assumption that the Fed will have a more dovish framework coming out of this rethink. But that may not be the case.

To begin, the Fed does not use the consumer price index (CPI) for forecasting or generally looking at inflation pressures. And, because it is not used by the Fed, it is not going to be discussed here. The Fed's preferred gauge is the core (ex-food and energy) personal consumption expenditures (PCE) price index, because it is a better measure for understanding of underlying inflation pressures than its CPI relative. But it is far from perfect. It is volatile and susceptible to “outlier” readings on individual lines moving the index one way or the other. this renders it a difficult mechanism to use in setting monetary policy.

This is where the so-called trimmed-mean PCE enters the picture. It is far less volatile and removes the outliers—both high and low—from the calculation of inflation. This might seem esoteric, but there are tangible examples of it being used in real world policy making. Australia—an inflation targeting central bank cited by Federal Reserve Chairman Jerome Powell—uses a trimmed mean inflation within a range. The trimmed-mean PCE does not necessarily exclude food and energy, it excludes the outliers on the top and bottom to get a better picture of the actual true mean inflation rate.

How would monetary policy be judged in the wake of Great Recession?  With this style of inflation targeting, the past decade appears to have been well executed. Strictly speaking, inflation would have been within the range of 1.5 to 2.5 percent for much of the time.

With inflation within the “targeted range,” this allows the Fed to pause, cut, or hike depending on other variables in the economy. Bringing this framework forward to today, the Fed would have a range of options available to it. Since inflation is within the range of acceptable outcomes, the Fed could conceivably cut, hike, or stay put without a serious threat of violating its mandate one way or the other. Have inflation in the range but the global economy is worrisome? Feel free to cut. See a recovery taking place globally? Stay put. The combination of a better inflation measure and an acceptable range allow for policy to be set—at points—with other variables in mind without any violation of the mandate.

While this is not an explicitly dovish framework for monetary policy, it does not preclude dovishness either. Instead, it allows for the Fed's “reaction function”—what drives its decision-making process—to be much less strict, providing for a far more flexible monetary policy. It will certainly be centered on its inflation target, but the secondary inputs could vary with the economic outlook, i.e. trade conflicts.

The issues with many of the other examples of new frameworks—whether nominal GDP targeting or average inflation and so on—are numerous, but they all suffer from being somewhat difficult to communicate. There is the "making up" inflation by running above target for a while in the case of average inflation targeting, and exactly what is being targeted with a nominal GDP target. A trimmed-mean inflation targeting regime does not require overshooting, and it is not difficult to communicate to a broad audience.