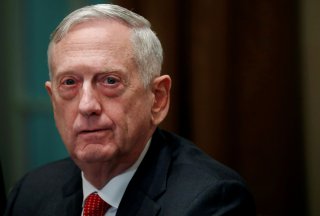 As the events of the past few weeks bring into sharp relief, even the mere hint of a partisan military risks eroding the public’s trust in that institution, and may ultimately undermine U.S. national security. The relationship between these concerns and retired military endorsements of presidential candidates is that the electorate often struggles to distinguish between the personal views of retirees and those on active duty.

That confusion is arguably what presidential campaigns depend upon. As James Golby, Peter Feaver, and Kyle Dropp argue, while retirees may believe they are “drawing fine distinctions” between their personal views and those of the active-duty force, “the truth is that no one, especially not the campaigns, is very interested in their views as private citizens.”

What is of interest to campaigns is cloaking their candidates in the favorable reputation and high esteem with which the military is held, with retiree endorsements intended to serve as proxies for the unspoken views of the military writ large. This presents a dilemma: disentangling the views of retirees from the active military is a “near impossibility,” thereby exposing the military to charges of partisanship where none may exist.

For its part, the military has long resisted any efforts to politicize its active-duty ranks. Both standing Department of Defense policy and more recent statements by Secretary of Defense Mark Esper and retired General Joseph Votel, among many others, stress the importance of the military remaining non-partisan. Notwithstanding these efforts, both major political parties and, indeed, sitting presidents routinely attempt to use the military to “score political points” or to otherwise shore up their commander-in-chief bona fides. The logic for presidential campaigns to solicit the military retiree endorsements is no different, but the consequences to the active military’s nonpartisan reputation remain the same.

However, in the current state of narrow electoral margins, neither political party believes it can risk unilateral “disarmament” with respect to courting retiree endorsements. The result is a form of mutually assured negation where no one campaign substantively benefits or, as Golby, Feaver, and Dropp suggest, the competing endorsements from both campaigns effectively “cancel each other out.”

This prompts the obvious questions: If military retiree endorsements fail to move the electoral needle, especially when both parties engage in this practice, then why do it? Why risk draining the reservoir of public trust or otherwise branding as partisan one of the few remaining institutions in which the public has expressed high confidence?

Mindful of these risks to the active military’s nonpartisan image, former chairman of the Joint Chiefs of Staff, Navy Adm. Michael Mullen, once argued that “for retired senior officers to take leading and vocal roles as clearly partisan figures is a violation of the ethos and professionalism of apolitical military service.” His successor as chairman, Army Gen. Martin Dempsey, was no less blunt when he reminded retired military leaders that “they have an obligation to uphold our apolitical traditions,” and that those who engage in partisan politics make the job of those “who continue to serve in uniform and are accountable for our security . . . more complicated.”

To be clear, neither suggested military retirees should not participate in the political process. Throughout American history, former senior military officers—from George Washington and Ulysses Grant to Dwight Eisenhower—rose to the highest political office in the land, the presidency. But in each of those instances and many others in which military retirees sought political office, they and the American people understood that their public status had changed from a once singularly military identity to a more political and partisan one.

Similarly, few would discourage military retirees from opining on policies about which they are passionate; such is their obligation and duty as American citizens. But as Mullen was quick to note, “This is not about the right to speak out. It is about the disappointing lack of judgment in doing so for crass partisan purposes.” And regardless of the intensity with which senior military retirees intervene on behalf of a candidate, each endorsement contributes to the conflation that implicates the military in partisan behavior.

This conflation poses another risk: a president and his or her political appointees may view the military as “disloyal” to the party in power. Such political distrust may incentivize the perverse practice of “general shopping” for those of the “correct” partisan persuasion, and the potential mass firing of general officers from previous administration or those closely associated with retired endorsers of the losing candidate.

The danger to national security, David Barno and Nora Bensahel contend, is straightforward: “If (senior military leader) advice comes to be seen as compromised by partisanship, the nation’s elected leaders will not be able to objectively assess their military options, and their life-and-death decisions about when and how to use force will suffer immeasurably as a result.” This potential outcome increases in probability the more widely partisan military retirees become.

For senior military retirees, the message is simple: be mindful of the consequences political endorsement may have on the military’s non-partisan image. With history as a guide, both parties are certain to solicit extensive retiree endorsements in the final months of the highly charged 2020 presidential election. To help preserve the public’s “unshakeable confidence that the military belongs to the nation as a whole—that its sole allegiance is to the U.S. Constitution and not to any political party, group, or candidate,” when the campaigns come calling, retired military leaders should respectfully decline.