A Return to Cold War with Russia? 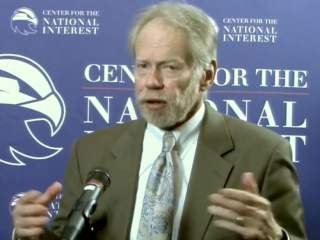 Are the United States and Europe confronting a new cold war with Russia? Was the original cold war overly militarized? What effect will continued low oil prices have on Russia?

These are some of the questions that Robert H. Legvold, the Marshall D. Shulman Professor emeritus in the Columbia University political science department and former director of the Harriman Institute, addressed in a conversation with Jacob Heilbrunn, the editor of the National Interest. Legvold, who is the author of a new book called Return to Cold War, makes it plain that he believes Moscow and Washington have slipped back into a frosty confrontation, one that neither side is currently determined to extricate itself from as each adopts many of the stances that characterized the previous superpower confrontation. Today Russia is no longer a superpower. But it commands a significant nuclear force and is expanding its influence in the Middle East. Moscow has also reacted allergically to Ukraine’s attempt to move West. Not least it views NATO and its expansion eastward as a direct threat to Russian interests. At the same time, the recent refusal of Saudi Arabia to accede to an agreement on curbing oil production suggests that Russia will continue to face severe financial constraints through 2017. A distinguished analyst of the Soviet Union and Russia, Legvold unites his understanding of history with politics to offer numerous probing insights that indicate how the recent past is shaping the Russian future.