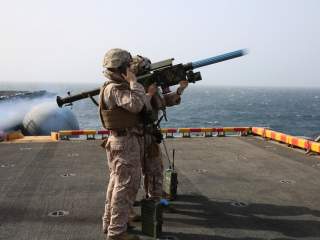 Washington on December 16 authorized a new and long-awaited arms package for Taiwan, ending an over four year hiatus in U.S. weapons sales to the island-nation—the longest such hiatus since the late 1980s. Although the approximately $1.83 billion arms package does not include any defense article that is remotely close to a “game changer,” notifications to Congress nevertheless send an important signal of continued political support for Taipei—perhaps even more so this time around, as it occurs one month prior to presidential and legislative elections in Taiwan in which the “pro independence” opposition Democratic Progressive Party (DPP) is widely expected to prevail.

As expected, Beijing, which regards Taiwan as a renegade province, went through the usual motions and reacted angrily to the announcement, warning that it interfered with “China’s internal affairs,” that it risked undoing the “excellent hard-won results of the ‘peaceful development’ of relations between the two sides” and that it threatened to derail U.S.-China relations. Late on Wednesday night, Chinese Vice Foreign Minister Zheng Zeguang issued a formal protest to the U.S. chargé d’affaires and Beijing has threatened sanctions against the U.S. defense firms involved in the arms sale. Indicatively, this was the kind of language that in the past Beijing had reserved for the sale of big-ticket items to Taiwan and an example of the kind of pressure that China is now willing to apply on Washington over Taiwan.

For Taipei, Wednesday’s announcement was a welcome development, as it is the first arms sale to Taiwan since the $5.8 billion upgrade package for Taiwan’s F-16A/Bs released in September 2011. Taipei had to wait through nearly the entire second term of the Obama administration before it could secure a new arms package from Washington. The four-year-and-three-month hiatus had fueled speculation that the White House had given in to pressure from Beijing and was no longer willing to provide democratic Taiwan the weapons it needs to defend itself as required under the Taiwan Relations Act of 1979. Even if for purely symbolic reasons, this week’s arms package therefore provided confirmation that the U.S. remains committed to helping Taiwan defend itself, or at least that it is still ready to face Chinese opprobrium over defense assistance whose cessation Beijing has long called for.

Undoubtedly, the announcement occurs in a markedly different geopolitical context, at a time when U.S. perceptions of China have been influenced by China’s expansionist behavior in the South China Sea—promoting the unprecedented dispatch of a “freedom of navigation” patrol by the U.S. Navy earlier this year—a series of highly intrusive cyber attacks ostensibly originating in China, and a crackdown on civil liberties across China. Renewed interest in providing assistance to Taiwan can therefore be seen as part of a larger reassessment of the situation by Washington following Beijing’s unwillingness to act as a responsible stakeholder.

The arms package will also be interpreted in different ways in Taiwan, where some will likely regard it as a farewell “gift” to President Ma Ying-jeou of the ruling Kuomintang (KMT), who will be stepping down in May next year. Many people regard President Ma, whose party is expected to receive a drubbing in next January’s elections, as the architect of rapprochement between Taipei and Beijing since 2008 and the détente that, for a while at least, dovetailed with Washington’s interests. Some will also likely argue that the latest package constitutes proof that only the KMT, which claims to have repaired Taipei’s relationship with Washington following at times bumpy bilateral ties during the Chen Shui-bian administration (2000-2008), can ensure continued arms sales from the U.S.

For Tsai Ing-wen’s DPP, the announcement will be seen as a sign of continuity and the assurance that the U.S. will continue to support Taiwan following Tsai’s expected victory on January 16, which some alarmists argue will lead to a period of renewed tensions in the Taiwan Strait. Presumably, the White House, which in the 2012 election expressed its preference for Ma’s KMT, would not have released an arms package one month before the elections if it did not intend to work with, and assist, a DPP administration, or believe that it has the ability to ensure stability in Taiwan-China ties.

The timing of the release also likely stems from mounting congressional pressure on President Obama to signal Washington’s willingness to work with any administration in Taipei.

Political symbolism aside, this week’s arms package does have some defensive value. Though certainly not as flashy or “controversial” as new combat aircraft or submarines, some of the items on the list—more specifically the shoulder-launched TOW anti-armor missiles—will enhance Taiwan’s ability to wage asymmetrical war at sea when used in combination with small and dispersible patrol vessels. David McKeeby, a spokesperson for the U.S. Department of State’s Bureau of Political-Military Affairs, underscored that view by saying that the package “supports Taiwan’s efforts to develop more innovative and asymmetric defensive capabilities.”

There are a number of reasons why this week’s arms package does not contain more visible items. Despite the occasional signal from Taipei, Taiwan has not submitted any letters of request or made concrete demands for major platforms, such as advanced aircraft, in recent years. This is due to several factors, including the fact that the Taiwanese military has recently received more than $12 billion in arms from the U.S. and is gradually integrating those. Additionally, Taiwan has launched efforts to transform its military into an all-volunteer force, an endeavor that has encountered some difficulties and which comes with a substantial price tag. Facing budgetary constraints, Taiwan has lately shifted efforts to domestic development and production of various weapons systems, including surface combatants large and small, as well as land- and ship-launched cruise missiles. Although such programs do not have the political symbolism that comes with a U.S. arms package, they often are a better investment in terms of bang for the buck and likely a trend that will continue over the years.

Moreover, after years of indecisiveness and stalled efforts to acquire new submarines, Taipei has finally committed to the Indigenous Defense Submarine (IDS) program, a multi-year effort that, according to industry sources, is expected to cost Taiwanese taxpayers as much as $3 billion per boat. The IDS program will involve a consortium of designers, technicians, prime and sub-contractors, both Taiwanese and foreign. Just as significant is the fact that after ostensibly encountering resistance from Washington, Taipei appears to finally have received the green light to proceed with the program, and there is no expected opposition to U.S. defense firms participating in the program once Taiwan presents a viable design—perhaps the greatest challenge facing the IDS program at this point, as Taiwanese shipbuilders, though proficient, have no expertise designing submersibles. Among other things, U.S. firms would play a key role in the IDS, primarily in the design and integration of fire control and weapons systems.

Although the participation of U.S. sub-contractors in Taiwan’s indigenous submarine program might not attract as much attention, or revenue, as a major arms package, the associated contracts will potentially run into the several hundreds of millions of dollars and will be part of the rare programs that could truly give Taiwan an asymmetrical advantage against China. Such partnerships—which have occurred before, such as with the Indigenous Defense Fighter in the 1980s—might be the way ahead for future U.S.-Taiwan defense cooperation, a win-win approach that, furthermore, could spare Washington the headaches that come from your chargé d’affaires being browbeaten by the Chinese government over a high-profile, multi-billion dollar Congressional Notification.

J. Michael Cole, a former analyst at the Canadian Security Intelligence Service, is editor in chief of www.thinking-taiwan.com, a senior non-resident fellow at the China Policy Institute, University of Nottingham, and an Associate researcher at the French Center for Research on Contemporary China (CEFC) in Taipei.