Revenge of the TPP? 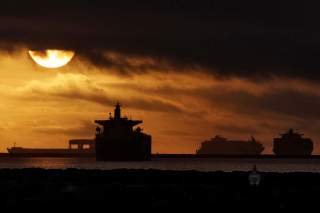 One of the first actions that Donald Trump did when he came into office was to pull the United States out of the Trans-Pacific Partnership (TPP), a trade deal he called a “disaster.” According to him, past U.S. leaders were inept on trade and his administration’s approach would strike tougher, more equitable deals that would return jobs to the United States and reduce the country’s trade deficit. Despite the withdrawal from TPP the deal still lives, indicating that other countries have an appetite for large, multilateral deals. Significantly, the eleven remaining TPP members have reached an agreement on the trade pact in principle, which means a new pact—without the United States—could be put into place which could shape trade in the Asia-Pacific area for the next decade.

The TPP began in 2010 with eight nations, with the United States being a main driving force in pushing a deal along with an eye to containing rising Chinese power. The other nations included Australia, Brunei, Chile, New Zealand, Peru, Singapore, Vietnam and were later joined by Japan, Malaysia, Canada and Mexico.

In the aftermath of the U.S. withdrawal, the remaining eleven countries went back to negotiations with a view to keeping the agreement for a trade zone in the Asia Pacific region alive. At the same time, the remaining countries have been clear that they would prefer to see the U.S. back in the deal. Even without the United States the combination of the eleven states accounts for about a sixth of world trade, which is not an insignificant number.

An important force in keeping the TPP was Japan. With the United States less inclined to back multilateral arrangements and less engaged in old alliances (at least that is the perception held in many foreign capitals), Japan opted to take a regional leadership position to revive the TPP. For Japan, the TPP gave it an instrument to create a trade bloc that could counter China's growing influence (despite talk about Beijing joining) as well as help Japanese prime minister Shinzo Abe to implement some of the structural reforms regarded as critical for his country to achieve higher growth rates.

The next step for the TPP is to convince other counties in the region to accept implementing the higher standards they build into the agreement. Those countries would include the sixteen members of the Regional Comprehensive Economic Partnership (RCEP), another trade and investment pact being negotiated by the ten members of the Association of Southeast Asian Nations: (Brunei, Cambodia, Indonesia, Malaysia, Myanmar, Singapore, Thailand, the Philippines, Laos and Vietnam) and China, South Korea, Australia and New Zealand.

The push by the Asia-Pacific countries to embrace a multilateral trade pact represents a sharp contrast to the Trump administration’s approach, which many countries perceive as protectionist and to the U.S. advantage. Although the revived TPP is not an entirely a sure thing—as Canada is indicating it has additional concerns—it reflects a sharp divergence in policy and, ultimately, geopolitical orientations. For many Asia-Pacific countries the transformation of U.S. policy as a leader in trade and supporter of an international system of alliances and trade agreements to a more protectionist and transactional (one-on-one) actor has come as a rude surprise.

President Trump’s November 2017 Asian tour sent a clear signal as to the “America First” trade line, but did not score many points in terms of actually getting any new concessions from Japan, South Korea or China. At the Asia-Pacific Economic Cooperation Forum, held in Danang, Vietnam, President Trump signaled that the United States would no longer tolerate “chronic trade abuses” and that Asian countries needed to sign up with fair and reciprocal trade agreements with the North American country. As to multilateral trade pacts, President Trump stated: “What we will no longer do is enter into large agreements that tie our hands, surrender our sovereignty and make meaningful enforcement measures impossible.”

While the rhetoric has been strong, the task of pushing Asia-Pacific countries into new one-on-one agreements with the United States that seek to deal with trade imbalances has not exactly taken off. Indeed, Secretary of State Rex Tillerson, who travelled with the president, stated: “Quite frankly, in the grand scheme of a $300-to-$400 billion trade deficit, the things that have been achieved thus far are pretty small. In terms of really getting at some of the fundamental elements behind why this imbalance exists, there’s still a lot more work to do.”

For Asia’s powers the “America First” approach means that they must contend with a more protectionist and inward-looking United States. There is considerable activity on the trade front between a large bloc of countries, with the United States not being part of the process. In a sense, there has been a subtle shift from the United States as a driving force for trade arrangements in the region under the Obama administration to sitting on the sidelines under the Trump administration.

And this has opened the door for China to proclaim itself as pro-trade, pushing its own multilateral development bank and its One Belt, One Road policy of linking East Asia and Europe into one major trade zone. Europe is also seeking to further trade arrangements with Asia. As Deborah Elms, executive director of the Singapore-based Asia Trade Center, observed: “When you sit out the game, the rest of the world moves on.”

Looking ahead, the TPP is back on the menu for a number of Asia-Pacific countries. Out of the new trade order in Asia, Japan and China (not in the TPP) are leading the way, reflecting a return to Asia’s more traditional geopolitical hierarchy. In this changing economic and political landscape the United States has become the outlier and, if not careful, will find its ability to project its economic influence waning. Tillerson is right in saying there is a lot of work yet to be done and some of it is justified, but as time marches on it will be U.S. exports, companies and workers that could bear the brunt of moving from a driving force to an outlier.