The Right Way to Streamline the U.S. Defense Budget 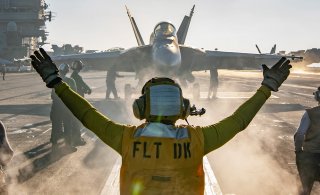 In her confirmation hearings to become Deputy Secretary of Defense—and thus now the highest-ranking woman in the history of the U.S. military—Dr. Kathleen Hicks had a fascinating exchange about the size of the defense budget in response to questions from Senator Elizabeth Warren of Massachusetts. Senator Warren was making the important point that the United States was underprepared in many ways for the coronavirus, just as it may be for climate change and other new national security threats. Hicks agreed with Warren that we have overinvested in defense and underinvested in other things like pandemic preparation.

While it is indeed time for belt-tightening at the Pentagon, significant cuts in defense spending would be a mistake. A better approach is to hold the budget flat in real-dollar terms, meaning it would decline from its already rather modest (by historical standards) levels of about 3.5 percent of GDP, 15 percent of federal spending, and 10 percent of all public spending in the United States. In that sense, it would be reduced even as inflation-adjusted spending held steady.

Under former President Donald Trump, the nation carried out a mini-defense buildup with considerable support in Congress. Former Secretary of Defense Jim Mattis and former Secretary of Defense Mark Esper led the way at the Pentagon. They increased annual budgets that had been in the low $600 billion range under President Barack Obama by more than $100 billion, in order to fund the nation’s new National Security Strategy and National Defense Strategy with their greater emphasis on Russia and China.

One need not be a Republican partisan, or a critic of Obama defense policy, to think the buildup did some good. It funded a modernization strategy of the American armed forces based on a bipartisan consensus dating back to the Obama administration. Concerns about fraying military readiness were also bipartisan, as the military showed signs of wear and tear after years of war in the Middle East as well as shenanigans like sequestration and constantly delayed budgets in Washington for which there was ample blame to go around on both sides of the political aisle.

Today, aircraft “mission capable rates” are now typically back to the 80 percent range as a result, for example, after often being 10 or 20 percentage points less before. Half of all Army brigades are in their highest level of readiness when only a couple had been before. Meanwhile, investment in new technologies like smaller, more survivable satellites, hypersonic weapons, artificial intelligence, and stealthy aircraft and submarines progressed. Due in part to these additional resources (and in part to policies that both Obama and Trump teams pursued, like the European Deterrence Initiative that strengthened NATO positions in eastern Europe starting in 2014), the military relationships with both Russia and China now seem slightly more stable than they were a half dozen years ago. Strategically, we would be imprudent to put these changes at risk.

The Trump-era buildup, moreover, was not really a buildup at all in terms of the size of the military. Today’s active-duty force of some 1.3 million is effectively the same size as it has been throughout the post-Cold War world, and about 40 percent smaller than Reagan-era levels. It may be possible to streamline it a bit further or to change the mix of active and reserve forces, but no major downsizing is called for.

Hicks and Warren are surely right that what might be called the “new 4+1”—biological, nuclear, digital, climatic, and internal/domestic dangers to our security—demand much more attention. But they do not displace or supersede the old 4+1. In some ways, they could even complicate the latter in the years ahead—for example, drought resulting from climate change could exacerbate conflicts in the broader Middle East in the years ahead.

As always, there is waste at the Pentagon. But that waste is marbled into the muscle of the American armed forces. It is not easily located, separated, and excised. Often, creating more efficient processes takes money upfront, as with base closures (which are still needed), reform of the military health care system, and creation of long-term operations and maintenance contracts with defense firms.

Then there are the naked politics of the matter. For half a century, Democrats have struggled with their image in matters of national defense. This has not always been fair. Two straight Democratic presidents, Bill Clinton and Barack Obama, have carried out what were probably the most successful defense drawdowns in the nation’s history. However, Democrats open themselves up to the charge of being weak on defense if they try to chop $20 billion or $30 billion off the defense budget to reduce the federal deficit by a couple of percent.

A better approach would be to hold the defense budget steady in real terms, adjusting upward only for inflation—as Trump’s own last budget envisioned. Because defense costs tend to grow faster per capita than inflation, even that would take considerable effort. In addition to considering reforms like base closures, this budgetary path would also require some rethinking of the modernization agenda—for example, the size and scope of the F-35 fighter program, and the Navy’s unrealistic aspirations to grow the fleet from just over three hundred ships today to as much as five hundred in the years to come. Modest additional drawdowns in the Middle East, for example with U.S. forces in Kuwait and Bahrain, should also be considered (the actual cost of the Afghanistan war is already likely below $10 billion a year, 90 percent less than before).

“Cutting defense” would therefore be the wrong guiding principle for the Biden administration. Tightening and streamlining are better concepts, both strategically and politically. Funding an adequate military and doing a better job on pandemic preparation as well as mitigation of climate change are not either/or propositions for the United States at this juncture in its history.

Michael O’Hanlon, author of the forthcoming The Art of War in an Age of Peace: U.S. Grand Strategy and Resolute Restraint, is a senior fellow at the Brookings Institution.