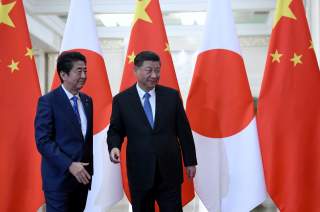 Together, the casino-bribery scandal and the arrest of Iwatani are negative China stories that touch on Japanese politics, business, academics, government, and society, turning the already-fragile truce between China and Japan even more vulnerable. As many reports have noted, Japan has stood out as a rich, important democracy that has avoided big political scandals involving China, but these recent episodes illustrate the divide between the Japanese and Chinese systems, which could easily clash once again. These are some of the interim findings of a project I am conducting in partnership with the Center for Strategic & International Studies (CSIS) in Washington, DC; a full report will be published later this year that will assess Chinese and Russian influence campaigns in four democracies.

Stewart is a senior fellow at the Eurasia Group Foundation and Carnegie Council and would like to thank Ayano Tsunoda, Erika Bulach, and Gray Gaertner for their research assistance. This commentary was made possible by the Information Access Fund (IAF) administered by the Democracy Council of California. The opinions, conclusions, or recommendations contained herein are those of the authors and should not be interpreted as necessarily representing the official policies or endorsements, either express or implied, of the IAF or the U.S. government.​