The Risky Game of Jenga Being Playing in the Taiwan Strait 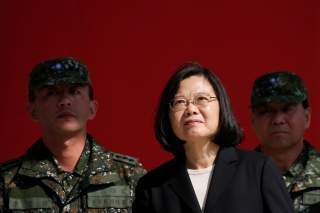 And as China expert Minxin Pei has argued, “the most dangerous consequence of China’s Taiwan policy is that it raises further tensions with the United States.” He has cautioned “unless China’s leaders break the cycle, an escalating battle of wills with the U.S. could erupt into direct conflict.”

Some may ask, what can Taiwan do to ease the tension? While Taiwan has been abiding by the rules, and Tsai’s administration acting with caution and restraint, this Jenga game is still a game played by two. Bilateral peace cannot be achieved when one side is constantly unilateral changing the status quo and shooting for farfetched dreams. Another worry, however, is that once Taiwan decides that China has no intention to play accordingly and reasonably, it might also withdraw from the Jenga game. Call that frustration, if you would. Building a Jenga tower is a time-consuming labor, and no one would like another wild participant that constantly ruins the game by quickly toppling the tower. This would be the worst-case scenario for regional stability, and it might be one that China is causing through its own reckless aggressiveness.

Jeremy Huai-Che Chiang serves as managing editor of the TAEF Brief in the Taiwan-Asia Exchange Foundation (TAEF). His has written for The Diplomat, East Asia Forum, The Interpreter among other publications.