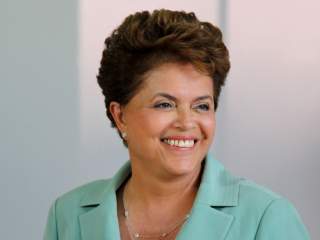 Over the past year most news on Brazil has been bad. The economy is in the worst shape since the 1930s, the legitimacy of some of the country’s major political institutions is being badly eroded by the scandal at the state-owned oil company, Petrobras, and the last of Brazil’s investment grade sovereign ratings were stripped away in December. Talk of impeachment of President Dilma Rousseff is widespread, faith in her cabinet low and trust in the country’s legislative body abysmal.

Yet all is not is lost in Brazil. Although South America’s largest economy has a substantial leadership problem, and its economic conditions are likely to get worse before they get better, there are some silver linings.

For one, Brazil’s hosting of the Olympic Games in August 2016 is keeping pressure on the country to deal with longstanding problems such as pollution, inadequate infrastructure and crime. Moreover, the recession is forcing a sharper debate concerning the heavy reliance on the state’s role in the economy.

Directly related to a heavy state hand in the economy, the Petrobras scandal is putting a spotlight on the need for greater transparency and disclosure in public finances between the ruling political elite and big business. This should not be underrated as public anger over this issue and the economy has brought Brazilians out in the streets to protest corruption.

The reason for the change in attitude on corruption is that Brazil’s middle class expanded considerably in the first decade of the twenty-first century and is better educated and well-connected to social media. Consequently, there is greater awareness of societal inequalities and anger over the lack of a level playing field on day-to-day opportunities between a privileged few and the majority. Indeed, New York University’s Jorge Castaneda observed: “. . . the unprecedented level of anger suggests that business as usual will no longer satisfy a Brazilian public increasingly intolerant of high-level corruption.”

The Petrobras scandal percolated into the public’s attention in late 2014 as part of Operation Car Wash (Lava Jato). It painted a picture of high-level corruption in the ruling Worker’s Party as well as members of other parties in Congress, who were involved in bribes, estimated at worth of around $3 billion.

But that is not all. Investigations were also launched into allegations that former President Luis Inacio Lula da Silva had accepted payments to lobby overseas on the behalf of Brazil’s construction conglomerate, Odebrecht. Another investigation is looking into allegations that President Rousseff was involved in the illegal use of funds set aside for social programs and development to cover up budget deficits.

Although President Rousseff was head of the board at Petrobras between 2003 and 2010, she has not been implicated in investigations thus far. Nonetheless, the Petrobras scandal has left a taint on her in a skeptical public eye, even if it demonstrates that she was just a poor manager of the country’s largest state-owned company.

While the scandals have done much to erode public confidence in the president and Congress, the investigations are a positive reflection on the independence of the judicial branch of government, which is an important step in strengthening democratic institutions. The product of earlier reforms, the police and judiciary are demonstrating a willingness to investigate high-level corruption, a factor that was missing in the past and helped reinforce a culture of corruption.

Brazil’s efforts to clean up the political system, however, do not translate into dealing with the country’s current set of problems. Real GDP is thought to have contracted by 3.4 percent in 2015; this year the economy is expected to contract further. At the same time, inflation is around 10 percent, unemployment has climbed to around 8 percent, and the budget deficit has widened out to around 6 percent of GDP. The Brazilian real is also one of the worst performers among global currencies in 2015.

The problem for Brazil is that the conditions conducive to economic recovery are not readily evident. Global commodity prices have plunged since 2014, Brazil’s major buyer of commodity exports, China, is in a slowdown mode, and the government is in a weak position to help. Indeed, the economic policymaking environment is complicated by President Rousseff’s authority having been weakened by calls coming out of the Congress for her impeachment. At the same time, the head of the lower house of the Congress, Eduardo Cunha, who is one of the prime movers for Rousseff’s impeachment, is also enmeshed in scandal.

Although President Rousseff is likely to survive impeachment attempts, her weakness to pass meaningful legislation runs the risk of leaving the country on auto-pilot in terms of economic policy. This situation is made even worse in that she has just started her second term, which runs to the end of 2018.

Another complicating matter is that President Rousseff has not, as of yet, been firm in her support for economic reforms. Presiding over a sharply divided cabinet, she was lukewarm in backing her austerity and reform-minded Finance Minister Joaquim Levy, who resigned in December. Consequently, her new finance minister, Nelson Barbosa, has a considerable task ahead. Inflation needs to be tamed, economic growth revived, public expenditures brought under control, and the public trust restored. Barbosa also needs to reassure both domestic and international investors.

Of course, the new finance minister may be aided by the substantial devaluation of the real, which could help exports. His hand may also be strengthened by President Rousseff not wanting to lose yet another finance minister. If Barbosa resigns he would be the third since the start of 2015. The desire to avoid yet another resignation could be helpful for the new finance minister in gaining support for some of the politically tricky measures needed to strengthen the economy. Last, but hardly least, the Olympics could help bolster the economy with an inflow of tourists.

Time, however, is limited. President Rousseff has a window of opportunity to introduce new economic measures before Congress returns in February. Items under discussion to stimulate the economy include infrastructure projects (badly needed), tax breaks for home purchases (to help housing and construction), a car swap program (to bolster car sales and manufacturing) and a tax on banking transaction.

Certain to be controversial are proposals to tinker with the country’s pension program by extending the period before people can retire and collect pension payments. A product of the 1988 constitution and subsequent legislation, women can retire between 50 and 55 years old, while men can do the same between 55 and 60 years. This has led to considerable costs to government finances, which are being squeezed by the recession. Any changes in pensions, however, are likely to have a political backlash among the ruling Workers Party base.

In many ways Colombian writer Gabriel Garcia Marquez captures the dilemma facing Brazil’s political elite: “He who awaits much can expect little.” Brazil’s president and its Congress may be awaiting too much on the policy side in their maneuvering vis-à-vis each other, leaving the rest of country to expect little on improving their economic life. This is not good for Brazil or the rest of Latin America and leaves the door open to greater social instability, which could possibly rise during the months leading up to the Olympics. Over the past decade Brazil has made some important socio-economic and political gains; it is now time to fight to keep them.