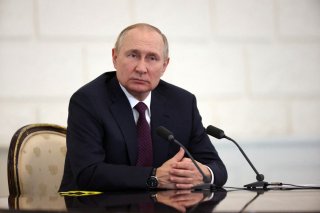 After the Second Karabakh War, Armenian prime minister Nikol Pashinyan concluded that the Karabakh issue had cost his country dearly, exposing failures in national institutions and crippling the economy. As a consequence, in a dramatic attempt to rehabilitate the economy and stop the growing exodus of Armenians looking for greener pastures, Pashinyan has pivoted to emphasizing the interests of the state at the expense of Karabakh secessionist claims, he showed courage in publicly evincing an awareness that his country’s intransigent position for either an “independent” Karabakh or its “unification” with Armenia are both “unrealistic dream[s]” and would never be accepted in the foreseeable future by the international diplomatic community or in any international court.

Following his country’s humiliating defeat in the Second Karabakh War, Pashinyan has revamped Armenian policy in the contested region. He advocated for the delimitation of the borders between Armenia and Azerbaijan; the establishment of diplomatic relations with Azerbaijan and Turkey to overcome the isolation of his country in the global community; and the recognition of the Karabakh issue as an Azerbaijani domestic concern. Yet, after seeing what dependence on Moscow has wrought, Pashinyan has also shrewdly pursued the implicit goal of freeing Armenia from the influence of its former imperial in order to develop closer ties with the West. Pashinyan, in the face of strong tendencies for bombast and blinkered nationalism among his conational, has demonstrated a unique pragmatism by comprehending the reality that Karabakh was the albatross around the neck of Armenia, much to the detriment of the well-being of the Armenian people and the state.

Unfortunately, ever the spoiler, Russian president Vladimir Putin’s recent statement at the Valdai Club has dashed hopes for a peaceful settlement. When posed a question by journalists at Valdai, Putin responded that there are two competing peace plans: the Washington Plan which recognizes “Azerbaijan’s sovereignty over Karabakh as a whole” and the Russian Plan which recognizes the special situation of Karabakh in taking into account Armenian claims as well as those of Azerbaijan. Putin has instituted numerous frozen conflicts in the post-Soviet sphere, and doing so in Karabakh not only follows this pattern but would suit Putin’s geopolitical interests in the Caucasus: to maintain an obsolescent Russian relevance in a region that has plenty of multiethnic conflicts simmering.

In the 2020 war, Russian policy looked to prop up Moscow as a mediator between the two sides with the goal of insinuating an enhanced Russian presence in the North Caucasus. Putin, despite Yerevan’s pleas, resisted the pressure to involve the Russian military on the side of Armenia in the conflict in order to avoid direct confrontation with Baku and Ankara. After the Azerbaijani military victory, Putin forwarded himself as a mediator with the goal of expanding Russian military presence in the region in the form of peacekeeper (as he has done in other post-Soviet conflicts). The Second Karabakh War has helped Russia to establish the Pax Russica with the presence of nearly 2,000 Russian troops in Karabakh, whose mandate will only come to an end in 2025.

Putin’s intervention thrust Pashinyan into a delicate political position in Armenia, where domestic political pressure has starkly reminded the prime minister that any refusal to acknowledge the Karabakh cause as integral to his country’s historical identity as an independent state, would risk his being labeled as a traitor. Pashinyan, for his part, has promised to comply with the objectives stipulated in Putin’s Valdai speech. In this plan, Russia has emphasized, for example, confidence-building measures respectively for both Armenia and Azerbaijan, including expanding trade and traffic between the two countries while leaving the permanent status of the Karabakh for future negotiations. Although Putin described Armenia as a strategic ally whose interests he would act to protect, the historical truth indicates that Russia has never wanted an independent or prosperous Armenia and has only exploited its real and imagined fears to leave the country shackled to Russia as a vassal state.

The U.S. State Department rejected Putin’s attempt to sow disinformation to derail the negotiations. Putin’s speech served one purpose: to perpetuate the conflict and make both countries dependent on Russia and its own self-serving efforts of mediation. Alarmed by the peace movement which has materialized between the two countries with the European Union (EU), led by France in this case, serving as a mediator, the Putin regime has concluded that an end to the conflict would also mean the end of a centuries-old Russian presence in the South Caucasus, which is why he is so desperate to toss a monkey wrench into the negotiations.

On October 31, 2022, the leaders of Armenia, Azerbaijan, and Russia met in Sochi. After the meeting, Pashinyan offered a succinct appraisal, stating “There is a Russian concept, and there is a non-Russian concept” regarding peace in the region. This was understood to mean that he had come to terms with Putin’s recommendations. Sergey Kopyrkin, Russia’s ambassador to Armenia, said the status of Karabakh should be decided by the “next generations.” Pashinyan thus accepted the Russian offer to extend the Russian peacekeeping mission in Karabakh for the next fifteen to twenty years. This was in contrast to the 2020 ceasefire agreement, whereby Russian peacekeepers were to stay in Karabakh only until 2025. This was a clear indicator that Russia’s efforts have only been mustered for the maintenance of its hegemony as arbiter in the Karabakh crisis and its preference of having pull with both sides without ever moving to a conclusive resolution of the conflict.

Azerbaijani president Ilham Aliyev has not budged from his unconditional position: the Karabakh conflict is now history. It was resolved two years ago, so there is practically nothing left to discuss, especially in the context suggested by Putin and, under political pressure, accepted by Pashinyan. Aliyev insists on a peace treaty between the two countries focused on the normalization of bilateral diplomatic relations, the establishment of trade routes and traffic, and turning the South Caucasus into a regional island of peace and prosperity.

The Azerbaijani position jibes, more or less, with the West’s position, which emphasizes the rule of international law and spurns a Russian troop presence. Aliyev’s rejection of discussions about the Karabakh issue with any foreign interventionists signals a desire to end Russian meddling in the region. After nearly thirty-five years of Armenian intransigence and the destruction of Azerbaijani cities and villages in Armenian-occupied Karabakh, the deafening silence of major powers, who did not lift a finger to unfreeze the conflict, has made Aliyev wary of outside actors playing a role in the region.

Aliyev also does not want to waste resources on military defense against the superannuated irredentist claims of the Armenian minority that could better be spent on strengthening Azerbaijan’s economy. As an alternative, he has proposed to resolve the conflict by embracing Armenians as equal Azerbaijani citizens with full cultural and language rights subsidized by the Azerbaijani state. It is easy to see why Moscow insists on some form of political and territorial autonomy for the Karabakh Armenians: it wants to manipulate and flex geopolitical concerns for its own image and military objectives.

Aliyev had defined the Karabakh problem as the occupation of 20 percent of Azerbaijani territory and now that Azerbaijan has liberated them at a great cost, the problem has been resolved as far as Azerbaijan is concerned. Yet, some Armenians continue to characterize the conflict not as a territorial issue but rather as an existential problem of self-determination. Here, two diametrically opposing understandings of the conflict have generated confusing and contradicting definitions of what it means to resolve the situation in Karabakh.

But there are some Armenians who consider the problem resolved and would prefer to relinquish the final details to Russia, Azerbaijan, and the Armenians living within Karabakh. These Armenians view it as a major opportunity for liberating the Armenian state from the clutches of the Karabakh clan which has squandered scarce resources on the futile goal of creating a “Greater Armenia,” or the ideology of Hai Dat. They also see the decisive defeat in the Second Karabakh War as an opening to normalize the Armenian state, to focus on the domestic well-being of the republic, and to free itself from the ideology of Hai Dat thereby becoming a stable and well-functioning state committed to strengthening its national institutions by foregoing unrealizable irredentist dreams.

To conclude, regional state actors, including some political circles in Armenia, envision a future for the South Caucasus squarely fixed in and with the West, without a Russian presence that constantly interposes itself in the domestic and bilateral relations of the region. Although the Pashinyan government initially showed an openness to a conclusive peace treaty, which could have helped wean itself from a Mother Russia which is only capable of seeing Armenia as a vassal state, Putin’s latest interventionist desires have again dashed such hopes and imposed its own constraints on the Pashinyan government.

M. Hakan Yavuz is a Professor of Political Science at the University of Utah. He coauthored with Michael Gunter, The Karabakh Conflict between Armenia and Azerbaijan: Causes and Consequences (Palgrave, 2022).