Russia Alone Did Not Destabilize Ukraine 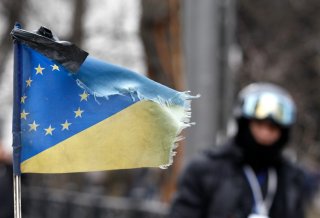 It is not too late for the West to consider a more balanced diplomatic approach to restore a more stable situation. NATO allies have no realistic military options for successfully defending Ukraine, nor do NATO allies in Europe even have the capability or will to take that route. Instead, the successful diplomatic blueprints that created neutrality status for Finland and Austria during the Cold War could be dusted off and adapted as potential approaches to help resolve the crisis in Ukraine. While the West should continue to make it clear that Russia will pay a terrible price under economic sanctions if it invades Ukraine, appropriate reassurances to Moscow that NATO membership for Ukraine will not occur must also be part of the solution.

At the same time, Brussels, Moscow, Washington, and Kyiv need to find a way to allow mutually beneficial trade relations to prosper among all the parties; to bring peace back to Donbass; and to find a face-saving way for the West to deal with Putin’s fait accompli in Crimea. This time around, Brussels should not arrogantly refuse to negotiate in a three or four-way process among all the interested parties. In many ways, Ukraine would have been better off today if it had never started association status negotiations with the EU, but enough time hopefully remains to pick up the pieces through more effective diplomacy before a real war breaks out.