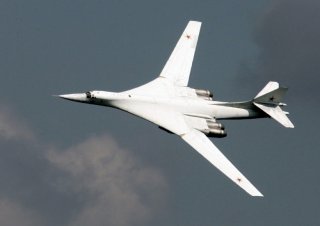 Mutual miscalculation is one of the most dangerous errors in foreign policy. Deliberately escalating a crisis does, after all, sometimes work: when you’re better able to endure its consequences than your rival, they might make concessions they otherwise wouldn’t. But crises are hard to predict. They don’t always move in straight lines. You might be less resilient than you thought—or your rival might be tougher. He may have tricks up his sleeve you didn’t expect. Making this kind of miscalculation hurts you. And when your opponent makes a similar miscalculation, you both lose.

Thus, for example, Saddam Hussein invaded Iran in 1980, thinking he could reverse some unpleasant concessions Iraq had made to Iran years before while the young Islamic Republic was weak. And he made big gains in the early days of the war. But the conflict stalemated and dragged on. Two years later, the Iranians had reversed most of Saddam’s victories and held the upper hand. The Iraqi strongman proposed a ceasefire. Now it was Iran’s turn to err—it went on the attack into Iraq, pursuing the end of Saddam’s regime. They didn’t succeed. The war dragged on for six years and ended exactly where it had begun—but both sides had seen hundreds of thousands of their young men killed, both sides had spent enormous sums of money, both sides had seen their cities bombed and infrastructure ruined. Both sides lost. The consequences of that mutual miscalculation hang over both countries today.

The United States and Russia may be on that path today as the crisis in Ukraine sparks talk of a “new Cold War.” Paul J. Saunders, executive director of the Center for the National Interest and associate publisher of this magazine, has just released a collection of essays from Russian and American experts on their nations’ policy options in a crisis. The prognosis is grim. “The overarching conclusion of the four papers,” writes Saunders, “is that both the U.S. and Russian governments are likely to believe that they possess acceptable policy options to not only confront one another but to impose significant costs on the other party if necessary.” These mutually confrontational policies don’t come without a price, he warns: a “foundation of this judgment...is a failure to recognize the potential price that their own nation may pay in a direct conflict or (more likely) in a long-term adversarial relationship.”

And that’s not all. Though one occasionally hears lamentations that today’s chaotic world lacks the moral and strategic simplicity of the old Cold War (that’s a misreading of history, by the way), a new Cold War would lack some of the stabilizing mechanisms that had given it a measure of predictability. Old connections between officials have been broken, “the informal rules and patterns of the Cold War have been forgotten,” and a more globalized, more interconnected world “has made...bilateral relations harder to understand or predict.” Opportunities for mutual miscalculation may abound until both sides “figure out how to deal with one another...through a succession of trial-and-error experiments.” Saunders notes that Washington and Moscow have been here before, when the Cold War first began; “even after over a decade [of trial and error]...the two sides came dangerously close to a war during the Cuban Missile Crisis.”

TNI will be releasing the four essays in the collection online next week; you can also read them (and Saunders’ insightful introduction) here, at CFTNI’s Ukraine Watch website. Unlike Iran and Iraq, the outlines of a mutual miscalculation seem to be spelled out beforehand.