Russia and America: The World Is Big Enough for Both of Us 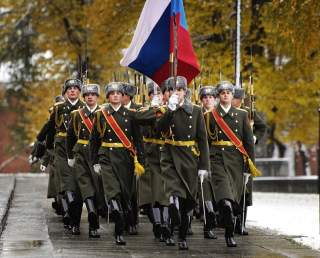 U.S. foreign policy over the coming decade is likely to focus on the task of managing relations among a collection of tough, ambitious great powers that are determined to shift at least some of the global balance of power away from the United States. The list includes not just China and Russia but also countries like Brazil, Turkey, Indonesia and India—emerging democracies and fully “responsible stakeholders” in the current system, but states that nonetheless demand a more prominent voice in its operations. Such a challenge is just what a realist would expect from an increasingly multipolar, and persistently competitive, world order. Yet it is important to realize just how novel a challenge it will be for the United States; there is no modern parallel to this sort of kaleidoscopic relationship management among a crowd of ambitious great powers.

The challenge offers two dominant, and opposing, dangers. One is that the United States underplays emerging rivalries, particularly with China and Russia, and fails to balance those two states’ regional ambitions. The other is that Washington, accustomed to running a world order of its own making, exaggerates the threat from China and Russia while growing increasingly resentful of the unwillingness of other leading powers to toe the U.S. line.

Thomas Graham’s recent TNI essay on managing relations with Russia is a welcome antidote to such extremes. He offers a nuanced way forward and sensible policy advice. He does raise one issue that deserves more discussion: the value of nesting U.S. policy toward Russia within a rules-based international order. For his part, Graham is pessimistic; integrating Russia into the Euro-Atlantic community is now “beyond reach,” he contends, because Russia is “sharpening its challenge to the U.S.-led world order.” To be sure, the prospect of Russia joining Euro-Atlantic institutions as a full-fledged member remains far off. But the United States can nonetheless use the structures of the postwar order to recognize Russian concerns, provide Moscow with a voice and ultimately shape Russian behavior. Its approach to Russia—and any other great power—will ultimately be more effective if grounded in the rules, norms and institutions that have come to characterize the postwar global system.

That order was a product of the idealistic World War II hope for a rule-governed postwar world. It represented a wide range of elements that in some cases applied globally (such as the United Nations system), in other cases were open to any who would accept a specific rule set (such as the World Trade Organization) and in still others provided for a deepening of the order among value-sharing democracies (such as the European Union and NATO). The essential idea of the order was to learn the lessons of the 1930s and avoid the economic chaos and geopolitical confrontations that gave rise to the war by shaping the preferences and behavior of states.

This order became the architecture for U.S. grand strategy and has played an important role in supporting the pursuit of U.S. goals. It has not produced peace or prosperity on its own, but that is holding it to an unfair standard; its components were always designed to work alongside global economic integration and U.S. military and diplomatic power. Viewed this way, the elements of the postwar order fit easily within an important strand of realist thinking. States can pursue self-interest in many ways—including cooperation, sometimes institutionalized with international organizations and expressed in the form of generally followed norms.

Such orders also reflect a classically constructivist idea about state goals: great powers seek more than material objectives. They also crave recognition, prestige and status in a shared global system. An institutionalized order can provide a convenient means of granting such status, by creating clear signals of membership and mutual respect. Norms of behavior gain traction in part because of states’ desire to remain part of the “club,” and avoid the stigma and shaming that goes with breaking the assumed rules.

All of which points to the potential value of building a nuanced U.S. strategy toward more ambitious and sometimes belligerent rivals within the context of a rules-based order.

Increasingly, the default line of thinking in Washington is to view Russia—at least Vladimir Putin’s regime—as a prospective enemy, and a hard-hearted opponent of the U.S.-led order. There can be no doubt that Russia has turned some sort of corner, after years of flirting with the idea of becoming more integrated with Western institutions. Putin has intensified his critiques of U.S.-led institutions and expanded Russia’s efforts to destabilize key organizations like NATO and the EU. His actions in Ukraine have violated central norms of the order.

Yet as Graham carefully documents, despite Moscow’s undeniable belligerence, the United States and Russia continue to share significant interests. They cooperate in limited but important ways, from counterterrorism to nonproliferation to global economic matters. As much as Moscow has complained bitterly about elements of the order that it considers threatening—such as U.S.-led democracy promotion in eastern Europe—Russian leaders have been careful to emphasize the value of the United Nations system, guidelines that apply to everyone (including the United States) and other advantages of a rules-based order. Russia is not trying to foist a universal ideology on the world, and no one worries about Russian ambitions to push tank divisions across the whole of Europe.

In this context, continuing to keep Russia engaged in elements of the order where possible will provide a stronger basis for enforcing norms and rules than using a U.S.-centric system to exclude Russia. A structured, rule-based order can help define the ways in which countries seek status and recognition. It can focus their ambitions on competitive but ultimately constrained avenues to national power. As it has already done, an order perceived as shared and equitable can strengthen the United States’ hand to enforce norms when and if Moscow violates them. On the other hand, if Moscow can defensibly argue that the postwar order is becoming a biased “American club,” a self-interested tool of U.S. foreign policy, American leverage will fade.

Some will say that the moment for including Russia in any sort of meaningful order has passed. The Obama administration attempted a “reset” of relations, this argument goes, and it failed miserably. Moscow’s recent statements and behavior make clear that the time has come to deter and exclude Russia, not embrace and accommodate it.

There is some truth to this. Russia’s hostility to the West can no longer be denied. But it is hostility born partly of fear, and a suspicion that the United States has used the post–Cold War era to weaken Russia. Like China, it aspires to a respected position within a stable world order, not for the role of hated troublemaker.

To be sure, rebuilding Russia’s involvement in the order will be a thorny challenge. It has become intensely suspicious of Western overtures, but the answer is not across-the-board accommodation. The order’s norms and rules will not survive if the answer is to forgive all of Moscow’s transgressions. And the effort could run aground in particular on issues where Russia’s goals and interests run most directly counter to the norms of the order, such as the self-determination of powers in its near abroad. Yet the task remains urgent, in part because the alternative—an increasingly angry and vulnerable Russia lying outside an order it views as irredeemably hostile—would be far more dangerous to U.S. interests.

Such an effort could make use of renewed dialogues and expanded cooperation on issues of mutual interest. It will demand that the United States step back from active promotion of “color revolutions” and other forms of expansionist value promotion. But perhaps most of all, it will require providing Moscow with a voice in key decisions within the order—at the very time when its behavior in Ukraine and elsewhere tempts the United States to dismiss Russian perspectives. That in turn will call for compromise on a number of issues where U.S. foreign policy has grown accustomed to being uncompromising.

A renewed push to give Moscow a seat at the table of the international order will have to be more limited and gradual than it might have been a decade ago. Putin’s hostility toward the West, and Russia’s recent behavior, rule out any dramatic overtures. But the United States can still find ways to give Russia more status in the order, and accommodate Russian interests where possible—while drawing firm lines where necessary, and doing it all from a position of strength. That task, and the parallel one for China, will surely represent the toughest balancing act to confront the United States in the modern era.

Michael J. Mazarr is Senior Political Scientist at the nonprofit, nonpartisan RAND Corporation and Associate Director of the Strategy, Doctrine and Resources Program of the RAND Arroyo Center. He co-leads the RAND Project on Building a Sustainable International Order. The views expressed here are his own.