Is Russia Destined to Dominate the Arctic? 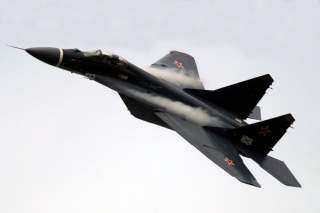 A common refrain from those with interests in the Arctic, or as some call it, the High North, is “High North, low tension.” It appears that Russia did not get the memo. Recently, Russia’s Deputy Prime Minister Dmitry Rogozin, who leads Moscow’s commission overseeing Arctic projects from 2015-2020, and has been sanctioned by the European Union, United States, and Norway, arrived unannounced in the Norwegian island of Svalbard in the Arctic Circle. Russia’s planes have also almost collided with commercial airliners in the skies above Sweden and Denmark and it has increased warplane flights off of the coast of Norway. Russia is also modernizing its equipment to deal with its share of the Arctic—about half—including the development of Arctic rescue robots. Russia, for worse, is starting to dictate the course of events in the Arctic.

If Russia sees the Arctic as a linchpin of its future power, other Arctic littoral nations do not. Former U.S. Ambassador to Norway Barry White said that “the United States government doesn’t believe that we are in the middle of a race to the Arctic.” Norway, whose Arctic waters and airspace see eighty percent of all regional activity and increased actions from Russia, claim that its main priority areas are international cooperation, economics, and the environment over hard security. Denmark’s says its “approach to security policy in the Arctic is based on an overall goal of preventing conflicts and avoiding the militarization of the Arctic.” Finland wants to “reconcile the limitations imposed and business opportunities provided by the Arctic environment in a sustainable manner while drawing upon international cooperation.”

These positions stand in stark contrast to Russia’s actions. While many Arctic countries do not see the Arctic a new battleground with Russia, Russia increasingly indicates it thinks otherwise.

“Over decades, step by step,” Putin stated, “Russia has built up, strengthened its positions in the Arctic…And our goal is not only to regain them, but also to qualitatively strengthen them.” His rhetoric is backed up by the actions already mentioned and the reopening of the Novosibirsk Islands, as well as sending ten warships and four nuclear-powered icebreakers to the region. What is clear, then, is that while most Arctic nations see the Arctic as a peaceful area for sustainable development, Russia has other plans.

It makes sense for Russia to make this hard-power push in the north now. Europe is in a challenging place financially and politically, and the Middle East and Asia eclipse Europe on the United States’ regional priorities dooming the Arctic to a similar, if not lower, priority. When Europe and the United States act on Arctic issues, they normally center on climate change, dealing with increased travel and tourism, increased construction and infrastructure development, and waste cleanup—all important, but none directly acknowledge Russia’s assertive military posture in the region. Still, to prioritize these over hard security matters assumes that there is a unanimous acceptance of the current Arctic security regime. Clearly, this is not the case. Russia wants more from the region than other constituencies seem to desire.

What can be done to counter Russia’s Arctic provocations? This is a vital question for the United States, especially as it takes the reins of the Arctic Council. First, other Arctic states need to increase their military presence as a show of strength to send Russia a signal that it cannot come into the Arctic unimpeded. Second, Arctic countries should improve their economic and military infrastructure capabilities to not only keep up with Russia’s modernization but also to ensure it can continue to police the vast region. These states should find ways to cooperate with Russia in the region on energy and environmental issues. Finally, NATO must acknowledge that its territory extends to the Arctic and take measures to use and protect areas like Svalbard, Alaska, and areas of northern Canada (should Canada, normally stingy about Arctic issues, agree). The alliance should come up with a new, updated strategy on how it will deal with the political-military aspects of the Arctic.

These policy proposals are no panacea, and even if all are enacted perfectly Russia may still push in an area it deems critically important to its future. Therein lies the problem: currently, Russia’s actions dictate the future of the Arctic region. It is high time other northern-looking states to change this course and work toward legitimately lowering the tension in the Arctic.