Russia Is Far From Isolated 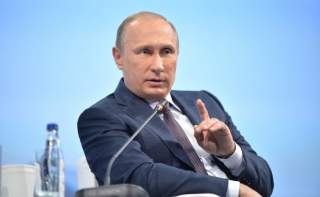 In 2014, when the White House started pressuring the chief executives of some of America’s largest companies to skip the event, the St. Petersburg International Economic Forum (SPIEF) gained an additional symbolic meaning. After the twentieth SPIEF took place earlier this month, it is arguable whether this policy worked at all, since American companies were well represented. However, there is no doubt that firms from other parts of the globe will seize the opportunity missed by American businesses loyally following their country’s policy to avoid Russia. In a broader political context, while Washington pretends to have isolated Russia, Europeans are trying to engage with Moscow.

Hardly anybody thought that if American companies skipped the St. Petersburg Forum it would be the last straw, breaking the back of Russia’s opposition to Western demands regarding Crimea and Ukraine. And the facts stand: Crimea is a part of Russia, the Russian economy has been sustaining external blows better than many experts in the West expected and President Putin, firmly at the helm, continues to receive many foreign guests, including even some Americans, in his home town.

The question arises—what is next for American policy? One cannot say that Washington has completely stopped all engagement with Russia; the Syrian crisis is a glaring example of why it is impossible. Perhaps, then, more engagement would be helpful.

Politically, the St. Petersburg Forum was rich in high-level talks; Ban Ki-moon, Jean-Claude Juncker, Matteo Renzi, and Nicolas Sarkozy all had their reasons to come to St. Petersburg. So did several dozen leaders of American and European companies, who had the chance to hear offers directly from Putin on starting to work in Russia or expanding their already existing business.

It was no surprise that Putin, members of the Russian government, mayors and governors were eager to describe the perspective of Russia’s economy, which has withstood the turmoil of low oil prices and Western sanctions better than many expected. (One should give officials, including the president, credit for acknowledging the many problems.) Critics will easily find a lot to dispute in these promises. However, it is more interesting to consider what exactly Putin said during the SPIEF, an event aimed especially at foreign audiences.

Fareed Zakaria, moderating the panel discussion with Kazakhstan’s President Nursultan Nazarbayev and Italy’s Prime Minister Matteo Renzi, asked Putin several questions on the most important issues in international politics. Several of Putin’s meetings with foreign business leaders took place mostly behind closed doors, but there was a Q&A session for heads of international news agencies where one could easily gain understanding of the features of current Russian foreign policy. What exactly are they?

First, despite the serious efforts to make the Eurasian Economic Union an effective organization of economic integration and to develop cooperation with Eastern partners (Jack Ma came to St. Petersburg for the second year in a row), the development of relations with the West remains a necessity, if not a priority, for Russia. It entails two aspects of cooperation, security and economic.

In St. Petersburg Putin spoke, rather extensively for a business forum, on security. On the one hand, he acknowledged the United States as “a great power, today perhaps the only superpower.” This statement is an international event in and of itself. It would be difficult to imagine Xi Jinping expressing anything similar, for instance, on Chinese soil. On the other hand, the Russian president reminded everybody once again of the logic behind Russia’s more assertive foreign policy in recent years. He repeated how Russia expected full-scale cooperation (“full-scale prosperity, full-scale trust,” as Putin put it) after the end of the Cold War, but experienced NATO expansion, the unilateral U.S. withdrawal from the Anti-Ballistic Missile Treaty, Western support for the Al Qaeda–linked insurgency in the North Caucasus and destabilizing Western interventions in different regions. One can argue that these are only excuses for Putin, yet all the events he mentioned did indeed take place. He emphasized that he did not mention these events to blame the West, but rather to explain Russia’s moves to those in the West looking to understand them.

The second aspect of ties with the West is the economy. The St. Petersburg Forum is dedicated to economic cooperation, and this year’s guests of honor were Italian businessmen and the country’s prime minister. Following the bilateral talks, officials signed several documents aimed at the development of Russo-Italian cooperation, including partnerships in space, energy and helicopter production. During the forum, Putin discussed how Europe had been impacted by the current geopolitical standoff between Russia and the United States, which does not have a significant economic relationship with Russia, yet it forces Europe to follow its policy. In this assessment the Russian president was correct again. We can dispute whether the current American leadership in the geopolitical containment of Russia is “good” or “bad,” “right” or “wrong,” efficient or not, but without a doubt the policy of containment itself, as well as the losses for European businesses, are a part of international reality today. Also real are the Italian demands, announced upon Matteo Renzi’s return from St. Petersburg, to delay the extension of EU sanctions against Russia.

The second factor currently defining Russia’s foreign policy, and confirmed by Putin in St. Petersburg, is a view of international relations based on careful calculation of possible gains and losses and an effort to understand the goals and concerns of different actors. Speaking during various meetings throughout the forum, the president asked his counterparts and audiences many questions. These were not the “big” questions popular with the American foreign policy establishment on ideology, vision and values behind foreign policy, but rather practical, and aimed at understanding the actions and events of current world politics. To mention just a few: Who is threatening Montenegro? What has become of the Iranian nuclear threat now? What did the Arab Spring lead to? Why did NATO have to support the coup in Ukraine? There is no doubt that the pragmatic attitude can be disputed, especially in the United States, with its strong tradition behind an idealistic view of foreign policy. However, when it comes to analyzing Russian foreign policy, it is very useful to employ a matter-of-fact approach to international relations.

Also, remarkably, Putin once more refused to use the term “cold war,” suggested in St. Petersburg by Fareed Zakaria, to analyze the current standoff between Moscow and the West. The refusal can be understood in terms of the same realistic foreign-policy approach—we should remember that the Cold War was started because of ideological rivalry between two systems. Is there any ideology that Moscow proposes to the world today? Even in the current era of geopolitical tension, Russia remains highly influenced by Western ideas. The St. Petersburg International Economic Forum was one of the best occasions to see it.

One can even find a peculiar case of Western, especially American, influence in modern Russia. The new security force, created by Putin in the spring of this year and named by observers in the West “a personal, presidential Praetorian force, under a maximalist loyalist,” is called the National Guard. This American term had been used before mostly in Latin American, Middle Eastern and South Asian countries, which are influenced by the United States, and in former Soviet republics, trying to be exemplary American allies (Estonia, Georgia, Latvia and, of course, Ukraine). A scholar studying the attractiveness of American political terminology might find this parallel interesting. In any case, there are no reasons to suppose that Russia is eager to wage an ideological cold war with the West.

Putin’s remarks and speeches in St. Petersburg were rich in policy statements both on the Russian economy and on foreign policy. Talking about the economy, despite efforts to decrease Russia’s dependence on revenues from hydrocarbons, Putin commented on energy cooperation, particularly on still-standing plans to establish a southern route for natural gas supplies from Russia to Europe. It was no coincidence, then, that the Russian president answered a question on the southern route posed by the CEO and managing director of the Italian ANSA news agency, Giuseppe Cerbone. Italy’s frustration over the cancellation of South Stream, which had promised to bring gas to Italy, is well known. The reason for that frustration is the fact that, according to some observers, Germany is trying to separate the issue of sanctions against Russia from the construction of Nord Stream 2. While Berlin continues to pressure others, including Italy, to follow sanctions, consultations on Nord Stream 2 continue. At the forum, Putin let the Europeans know that Russia is ready to resume South Stream, if they find a common position among themselves. (Was this topic on the agenda of the talks between Putin and Juncker in St. Petersburg?)

Here, again, one can make the case that Putin’s statements should be taken with a grain of salt. However, there is no doubt that Russia and its president remain a force in international relations. This year’s SPIEF confirmed that the country is far from being isolated, and that Western leaders have to deal with it on serious terms.