Is Russia Headed for Trouble In Syria? 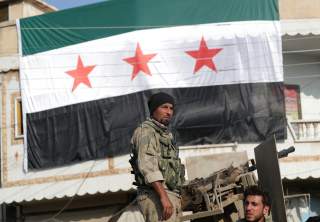 In a rare show of unity, major Western media outlets and Russian state-media came together to proclaim the agreement reached earlier this week by Russian president Vladimir Putin and Turkish president Recep Tayyip Erdogan on Syria as a major triumph for Russia. But is it?

Many in Moscow are offering a far more cautious appraisal of the deal, emphasizing that while Russia succeeded in averting a confrontation with Turkey over Syria, many challenges and risks lay ahead.

“You can only talk about victory when it is final, but in this case, the most important problems still remain,” said Alexei Malashenko, research director at the Dialogue of Civilizations think tank.

“Risks exist and all the dividends Russia received [from this deal] are not so significant as to outweigh them. A certain balance now exists, but it is quite fragile,” said Kirill Semenov a Middle East expert at the Russian International Affairs Council.

First, Russian military police and Syrian border guards would have 150 hours from midnight on October 23 to facilitate the complete withdrawal of YPG fighters and weapons to beyond thirty kilometers of the Syria-Turkey border. Afterward, Russia and Turkey would begin a joint patrol of an area that extends ten kilometers into Syria from the Turkish border.

Moscow has made it clear that it expects the Kurds to abide by the terms of the Putin-Erdogan deal and will not shield them if they don’t. Kremlin spokesman Dmitry Peskov told reporters on Wednesday that if any YPG units fail to withdraw before the 150-hour deadline expires, then Russia will have no choice but to move aside and allow them to be “crushed by the Turkish military machine."

From Russia’s point of view, the Kurds brought their current predicament on themselves by choosing to align with Washington rather than Moscow, explained Evgeny Buzhinsky, a retired Russian lieutenant general.

“Back in the beginning of 2015, Russia offered the Kurds our cooperation, but they rejected it. They concluded that the Americans would protect them and in the long run help them establish an independent state. Now they are reaping the fruits of that decision,” he said.

“When [the Kurds] recently turned to Russia for help, they were politely told, ‘You chose an ally, well, now talk with them,’” added Buzhinsky.

How likely are Kurdish fighters to heed Moscow’s warning and leave the thirty-kilometer zone in time? Buzhinsky argued that they had little choice but to do so, given Turkey’s military superiority and the fact that they could no longer rely on the United States to protect them.

But Semenov warned that Russia’s understanding with the Kurds was not entirely reliable, arguing that they could change their mind about withdrawing and force the Kremlin to deal with the prospect of its much-vaunted deal with Ankara suffering a major blow.

“The Kurds today might have agreed to leave, but if, for example, the Americans promise them something then they might choose to stay,” he said. “To what extent can we trust each other under these circumstances? In this situation, both sides are constantly changing the rules.”

Yet the Kurds are not the only ones Russia may have to watch closely. Although Syrian president Bashar al-Assad publicly expressed support for the deal between Putin and Erdogan, some in Moscow see signs that Russia’s long-time client is far from happy.

“Put yourself in Assad’s position. Putin, your closest friend, and Erdogan, your worst enemy, are deciding the fate of your country without you,” Malashenko said. “It's pretty humiliating and Assad wants to show that he is the president of Syria and that he is still in charge.”

When it comes to the Putin-Erdogan deal, Assad has plenty of reasons to feel himself on the losing end, asserted Semenov. Turkey may have halted its Operation Peace Spring, but it will continue to maintain a military footprint in Syria in the form of joint patrols with Russia—an outcome that presents an image problem for Assad, Semenov said.

To make matters worse for the Syrian leader, the Trump administration’s recent moves to take control of oil fields in Eastern Syria weaken his negotiating position with the Kurds, Semenov explained.

“The fact that the Americans did not fully leave is another blow to Assad’s plan because he hoped that the Syrian Democratic Forces would become fully dependent on him,” he said. “As the Americans walk-back their plans for withdrawal, the Kurds are becoming less and less talkative.”

Another major problem for Damascus is that Turkey plans on resettling up to one million Syrian refugees to a “safe zone” in northeastern Syria, warns Malashenko.

“The refugee problem is unsolvable. It's not just a question where do you settle these people, but also how do you deal with the fact that most of them oppose Assad,” he said.

Amid these challenges for Assad, Russian analysts are looking closely at what happens next in Idlib—the last major rebel stronghold which heavily relies on Turkey for support.

On the eve of the meeting between Putin and Erdogan, Assad visited his forces on the front lines of Idlib—where he denounced the Turkish president as “a thief” and pledged to regain control over all of Syria.

This visit by the Syrian president could be a signal that he is preparing for a new Idlib offensive, regardless of whether such a move receives Russia’s blessing, said Semenov.

“Now that Assad did not get what he wanted he’s trying to position weapons before Idlib to show that he’s ready for new operations regardless of what Moscow wants,” he said. “We cannot exclude the possibility that he could try to draw Moscow into a new operation in Idlib as a certain compensation for his losses in northeastern Syria.”

But Buzhinsky thinks that is unlikely that Assad is acting alone. He told me that given how sensitive the issue of Idlib is, Putin and Erdogan almost certainly discussed it at their meeting and reached some sort of mutual understanding, even if no formal agreement was announced publicly.

The two leaders probably agreed to allow Assad to take Idlib as part of their overall deal, Buzhinsky said.

As Moscow strengthens its on-the-ground presence in northeastern Syria, it must be prepared for the possibility that its forces could come under fire accidentally or intentionally by local actors, explained Viktor Murakhovsky, editor-in-chief of the Russian defense magazine Arsenal of the Fatherland.

“There are uncompromising Kurdish military groups, who we know are leading the fight against the Turks on their own territory and on the territory of Syria,” he said. “There are also radical Islamists who are ready to fight with Russia and with the Assad government.”

“Such a risk will always exist in this territory while the conflict remains in a sharp stage,” Murakhovsky added. As it expands its role, Moscow may discover that Syria is anything but a cakewalk.