Russia Sanctions: What Will Congress Do? 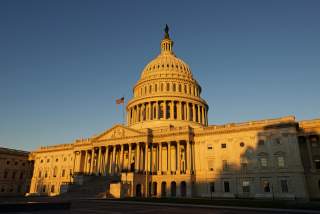 Having assessed the evidence presented to it by the intelligence community, the outgoing Obama administration, having concluded they possessed sufficient evidence against Russian cyber units to definitively assign responsibility for hacks undertaken against U.S. political entities during the recent presidential campaign, decided not to pass the buck to the incoming Trump administration to decide what steps ought to be taken but instead went ahead with a series of sanctions imposed against Russian diplomats, companies and agencies. Overriding the Kremlin's normal automatic bureaucratic response to immediately respond to Western actions with equivalent "tit for tat" reactions, Vladimir Putin apparently decided against any public reaction. But while round one may be over, the story is far from over—and what happens in the next three weeks between New Year's and the Inauguration may determine the fate of Donald Trump's proposed outreach to Russia even before his administration takes office.

The sanctions imposed this past week are, as with others levied after the annexation of Crimea in 2014, promulgated on the basis of Presidential authority. As executive actions of the President, they can be reversed by Donald Trump after taking office. Indeed, the mildness of the initial Russian reaction suggests that some in the Kremlin expect that the new President would simply reverse the decisions (such as requiring the Russian government to vacate diplomatic properties in Maryland and on Long Island).

The challenge is now whether Republicans in the Congress who are skeptical both of Russia's intentions and of the commitment of Trump's announced national security team to be tough on Putin will join with Democrats and the outgoing administration to lock in Russia sanctions by legislative action, making it far more difficult for Trump to lift them by executive fiat. As with the Cuba and Iran sanctions that were written into the U.S. Code by Congressional action (most notably in 1996) or with previous sanctions such as the Jackson-Vanick amendment, codifying the existing Crimea, Ukraine and cyber sanctions into U.S. law would limit Trump's freedom of action vis-a-vis Russia by making it impossible for him to unilaterally lift sanctions without Congressional permission. Moreover, once Congressional sanctions are in place, it becomes much harder to build consensus to remove them, because Russia's domestic and international actions will always arouse the ire of key constituencies in Congress. The decades-long battle to graduate Russia from the Jackson-Vanik strictures—even though Russia was found to be in compliance with their mandates in the early the 1990s—acted as a limit on what Presidents Clinton and Bush could achieve with Russia, since neither Chief Executive was willing to spend the political capital needed to get Russia removed. President Obama was able to utilize a window when he had Congressional majorities who wanted to support his diplomacy, but in the end had to promise to swap one set of sanctions for another (in the Magnitsky Act).

If Congress locks in new sanctions on Russia, declines to give the President either the ability to waive them on national security grounds or to determine when the conditions for lifting them has been met, and requires that lifting sanctions will occur only on the basis of a new Congressional vote, then it doesn't really matter what Donald Trump, Rex Tillerson, Michael Flynn or anyone else thinks about the utility of sanctions or even using the prospect of lifting them as a bargaining chip in future dealings with the Kremlin—because the power to do so will not be in their hands but in that of Congress. The Trump administration would then be fighting a two-front struggle: trying to negotiate deals with Russia (say, on the future of Ukraine) while at the same time seeing whether such bargains would be supported by Congress for sanctions to be lifted or at least modified.

Putin himself may have declined, so far, to respond to the newest sanctions, but Russia is also counting down the days to the new administration. As I have noted before, Russia is working to "wrap up" various endgames, notably in Syria, prior to Trump taking the oath of office, so as to present him with a series of faits accomplis. But there are enough advisors in the Russian foreign policy and defense establishment prepared to counsel Putin to be less accommodating if the U.S. locks sanctions down in the coming weeks. They will advise against taking steps that would generate support for removing U.S. sanctions in favor of pushing ahead—whether in Syria, Ukraine or the several critical elections that will take place in Europe in 2017, especially in France and Germany. Indeed, if, as Ukrainian journalist (and one of the original inspirations for the Maidan movement) Mustafa Nayyem worries that conditions for a counterrevolution are building up, and if election results seat much more pro-Russian governments in Berlin and Paris, then by the end of 2017 Russia could be able to erode the rare case of sustained trans-Atlantic and intra-European solidarity to maintain sanctions against Russia without having to make significant concessions. Thus, Russia may be prepared, in the next weeks, to engage in more actions likely to draw the ire of U.S. policymakers in both Congress and the outgoing administration.

What happens will now depend on several factors. Are enough Republicans in Congress interested in constraining Trump's freedom of action on Russia, and would an outgoing Obama administration be willing to use its last "lame duck" days in office to sign such legislation? Would the Kremlin be willing to take concrete steps to demonstrate that it is prepared to make serious compromises in order to give a Trump administration the maneuverability to improve U.S. relations with Moscow? How these questions are answered in the days ahead will determine whether Trump's preference for better ties with Russia will be a stillborn hope come Inauguration Day.

Nikolas K. Gvosdev, a contributing editor at the National Interest, is coauthor of U.S. Foreign Policy and Defense Strategy: The Evolution of an Incidental Superpower.